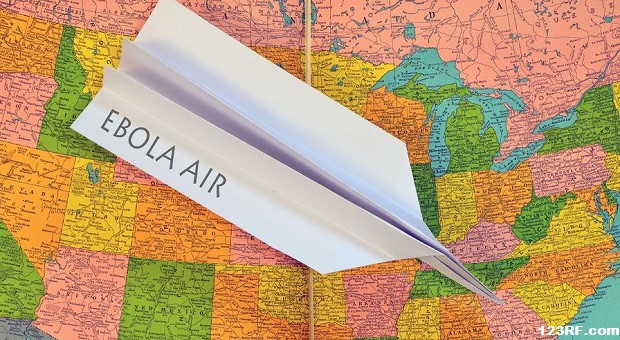 The Ebola pandemic in West Africa is getting worse. Officials from the World Health Organization are saying that it is spreading faster than they can keep up with it. Over 100 medical personnel have been infected and more than 60 of them have died.

The world is watching closely to see what happens, and to see if the virus moves beyond the borders of the four countries where the disease is currently operating.

This is probably the most serious pandemic to hit modern man. We deal with pandemics regularly, with variations of the Flu breaking out every year. But this is different; while influenza is a killer, responsible for somewhere between a quarter million and a half million deaths every year.

But that is nothing compared to the danger that Ebola brings. While previous Ebola outbreaks have all been rather small, the mortality rate of Ebola is typically up to 90 percent.

The head of the Center for Disease Control and Prevention (CDC) has gone on record saying that with modern air travel, he believes it is inevitable that Ebola make the leap across the ocean and end up here in the United States. Any day we could begin hearing news reports of Ebola cases breaking out in America, perhaps even in multiple places at once.

The only sure way of dealing with such a dangerous virus is to quarantine the population. While that may sound a bit drastic, Ebola is known to spread by human contact with the coughs and sneezes or other body fluids of people who have been infected by the virus.

With an incubation period of as long as 21 days, one infected person could literally infect thousands of others before they knew that they were sick. Hence the necessity of a complete quarantine.

A complete quarantine would mean closing down all public meeting places, as well as stores and places of business. There would probably be some exceptions made for vital services, but that’s about it. Everyone else would be told to stay at home, close the doors and to avoid contact with others.

This almost sounds like a real-life zombie movie; only worse. In this case, the zombies are microscopically small, and you can’t shoot them. All you can do is to hide from them. But, without that level of isolation, there is no way of breaking the spread of the disease.

Until everyone has had enough time to pass through the incubation period, it wouldn’t even be possible to tell who was sick or not. People would look at their family members and wonder if they were already infected.

As people became symptomatic during that time, they would be taken to hospitals, isolated and everyone who they had contact with would be tested. Since the test can give a false negative reading, they would have to be tested three days in a row, to ensure that they are clean.

Would You Survive Quarantine?

For those who are prepared, surviving a pandemic of this sort should be easy. All they would have to do is lock themselves in their homes and live off of their preps. For however long the quarantine would last, they’d have to keep behind that closed door. As long as they did that, they’d be okay.

The big problem would be for the rest of the population; those who are unprepared. People need food and water. Even if municipal water services continued to run, they wouldn’t have food to eat. The grocery stores would empty out within hours of the first announcement of the government considering quarantine, and with distributors shut down, they wouldn’t be restocked.

When food supplies ran out, people would begin to panic. It would probably be a slow, quiet sort of panic, because they would be panicking behind closed doors.

Unless the government was able to move quickly enough to get the supply chain up and running and at least the grocery stores open, people would quickly run out of food. When that happens, we could very well face the type of scenario where armed people are breaking down their neighbors doors, looking for food.

People would be driven by fear. Fear of catching the disease, fighting against fear of starving. For some, the fear of the disease would keep them indoors, even to the point of starvation.

But others will be driven outside by their fear, seeking to find what they need. This will cause a new fear to add on; that of being attacked. We will probably see unnecessary deaths, not from the disease, but from people driven by fear who think they are defending themselves.

While the fear will ultimately help to defeat the pandemic, keeping most people indoors, it will be the hardest thing for most people to deal with. Until that first three weeks of isolation is over, nobody will know if they are okay or not; as there aren’t enough test kits to test the entire population. The only test that most people will ever receive is that of time. If they make it through, they’ll know they’re okay.

Of course, there will be those who think they are sick, even though they aren’t. The first presentation of Ebola looks like the Flu and any doctor will tell you that people can talk themselves into believing they have the flu.

So, hospitals will be overwhelmed by people who aren’t sick, but think they are; making the job of the medical community to separate the truly sick from those who aren’t that much harder.

Quarantine for a disease like Ebola would probably last about a month. It would have to be kept in place until long enough after new cases stopped showing up to ensure that there weren’t infected carriers still at large.

As the new cases tapered off, doctors would be able to focus on the new cases, isolating those who had contact with the patient and clearing them. When that point was reached, it would be possible to end the quarantine.