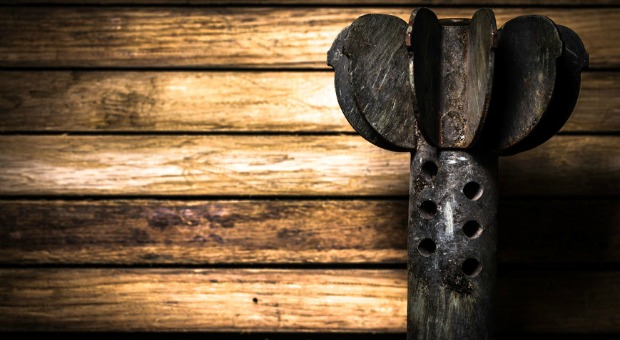 From self-defense to fighting terrorists, the question of how to build newer and better weapons will always be a challenge. Where to start from? What weapon is the most effective one? What features to have in mind? A lot of questions are to be asked, and finding the answers isn’t the easiest task.

So let’s start with the basics!

When it comes to the arena of personal defense, a good quality weapon must have at least six basic features. We’ll take them one by one in the following article.

Be Effective Within the Limited Scope of Self-defense

Consider a situation where you believe that a nuclear bomb is the most powerful weapon on the planet, and a ballpoint pen the weakest. Do you really need a nuclear bomb (as they exist in known modern technology) to take out a thug trying to get into your home?

While you may be enraged enough to lob a nuke, that doesn’t mean it is an effective weapon for your situation. Oddly enough, the ballpoint pen will actually make a better weapon against a single attacker. A modified ballpoint pen that can deliver poison or a dart will work even better.

Put the Element of Surprise Back on Your Side

There is no question that an AK-47 or an AR-15 can be used to deter one person or several from harming you and your loved ones, but the size of these weapons makes them a bit hard to hide.

If you are out in public, carrying these weapons can alert more determined attackers to the fact that you are ready and able to defend yourself. This, in turn, takes away any element of surprise that might have bought you both leverage and a second or two of time.

Because there are limits to legal weapon ownership, but no limit to what criminals can obtain, this can put you at a serious disadvantage.

Perhaps we can even say never bring an “assault rifle” to a machine gun fight. In this situation, you might be better off carrying a concealed handgun because it won’t be noticed unless there is a need to use it. At that point, your attacker will have already underestimated you and followed through with an opening action that you have a better chance of defeating.

Even if you have a .45 caliber handgun, you may be overpowered after taking out just one adversary. This is just one area where being able to innovate and design better weapons will serve you well as a prepper. Being able to pack the power of a machine gun with the selectivity of a conventional rifle into something the size of a handgun would put you well ahead of any attacker.

Be Focused in Target Acquisition

As far as small, effective weapons go, grenades are certainly easy to conceal and add plenty of surprise to a situation. Now let us look at a situation where someone pulls a gun on you, either in your own home or while you are in public. Let us also say that a family member, or even other innocent people are in the area.

No matter how carefully you aim the grenade, there is a chance that innocent bystanders will be hurt by the shrapnel. Unless you have a well-staged fire zone to throw the grenade into, and an ability to limit damage to bystanders, it won’t make for a good personal defense weapon.

In a world where terrorists are running rampant, it can be said that a weapon with too limited an impact has just as harmful an impact on bystanders as one that is too far reaching. For this scenario, let’s say you are out in public and a terrorist wearing a suicide bomb vest pulls a gun on you.

Even though a grenade won’t work in this scenario, a knife or a ballpoint pen won’t do much good either.

A rifle, on the other hand might be more suited to stopping this tragedy because it will be possible to shoot the terrorists while he/she is still further away from large numbers of people. This is yet another area where innovation in consumer level self-defense weapons might do far more good than you realize.

Be Free of Interference by Others

This includes free of the cost of ammunition, repair, and legal oversight.

Many people look to guns as classic self-defense weapons because they are effective, reliable, and efficient.

As effective as guns, tasers, and other projectile based systems may be, they also come with a number of prohibitive costs that include:

If you are interested in self-defense, then you must also be prepared with as many skills and strategies as possible. Unless you are in law enforcement or in the military, the cost of that kind of training is very expensive.

Click here to subscribe to Survivopedia’s newsletter and get this month’s Free Report about the fundamentals of self-defense weaponry.

No matter whether you choose knives, bows and arrows, guns, tasers, or swords, the cost associated with advanced training and practice may well be beyond your budget.

In these times, you might not always feel comfortable with learning how to make your own weapons and ammunition. At the very least, the basics may come in handy if a social collapse occurs and you wind up having to develop designs that go beyond a crudely fashioned spear made from a sapling and knapped stones.

Even something as simple as understanding what kind of blade shape will be most effective can make the difference between life and death.

Expand Your Strategy Options, Not Limit Them

In the arena of self-defense, it is very easy to have too many weapons that don’t work well at close range, or ones that don’t do enough damage to the target regardless of the distance. Avoiding both traps will require a good bit of trial and error. Before you even begin designing a new weapon, take time to study existing weapons and try them out.

While you are studying different weapons, pay careful attention to the basic parts and how they work. Think about how the weapon would work in a building, in a crowded area, or in very close quarters.

No matter which one you plan to build, think about how existing devices limited defensive and offensive strategies, and think about how you can change the fundamental parts of the weapon to better suit your needs.

The Best Weapon is One You Have

Over the years, considerable controversy has emerged over the “Top 5” guns, knives, tasers, crossbows, swords, and other weapons. People in the military, law enforcement, or other walks of life are always more than happy to share their experiences with any given weapon.

For every testimonial shared, you are sure to find dozens that had a similar experience, and just as many others that had differing outcomes.

If you actually go out and try these different weapons, you will more than likely find yourself agreeing with some people, but not all of them. From that perspective, the best self-defense weapon isn’t one that you heard about, and should aim to acquire. Rather, it will have the following features:

A personal defense weapon should be something you feel comfortable carrying at all times. Remember, even a ballpoint pen can kill at close range in numerous ways. Never underestimate the simplicity of a device just because it looks harmless, or others don’t see it for what it is.

Within some limits, a weapon that you design yourself can truly be more effective and more efficient than anything you might buy based on the beliefs of others.