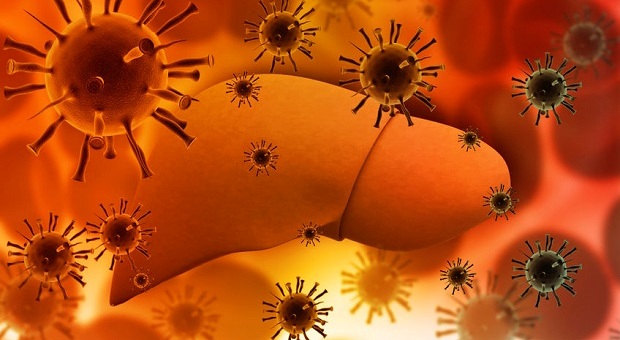 Hepatitis simply means “inflammation of the liver”. Though it sounds simple, it’s a condition that can be fatal, especially if you don’t have access to medications to treat it.

Fortunately, there are some natural treatments that can help treat hepatitis.

Your liver has several functions within your body and you can’t live without it. It filters out toxins, helps fight infections and digest food, and stores nutrients and energy. Unlike most of your other body parts, it has regenerative powers but it needs time to heal, and it has to be healthy to do that.

A Few Words About Hepatitis

There are five types of communicable hepatitis: A, B, C, D, and E. Each has different causes, but hepatitis C is considered to be incurable. Hepatitis A, B, and E are all curable and may even resolve on their own without treatment. Autoimmune hepatitis varies in severity so treatment may or may not be necessary. Hepatitis D is an oddity that we’ll discuss in a bit.

Before we begin discussing treatments, let’s talk about what each type of hepatitis is. It’s important that you know about each one because if SHTF, diseases are going to spread like wildfire and know WHAT causes something and whether or not it is contagious will be critical to survival.

Unfortunately, all forms of hepatitis share the same symptoms, so making a diagnosis without a blood test will be virtually impossible. However, there will be people who were diagnosed prior to a catastrophic event and will know what type they have, so in those cases, you have a head start, as long as they choose to share the fact that they have the condition.

Symptoms of any form of hepatitis include:

Hepatitis A is caused by the hepatitis A virus (HAV) and is contagious. According  to the Mayo Clinic, hep A is typically transmitted via fecal matter, though it can also be spread through sex or simply by being in close proximity of somebody who has it, whether or not they’re showing symptoms. There is a vaccine for HAV.

Even ingesting the tiniest amount of contaminated fecal matter can cause infection. You probably automatically think of water contamination or transmission because somebody with the virus doesn’t wash their hands after going to the bathroom, and you’d be right. You can also catch it from raw shellfish that’s sourced from contaminated water.

Symptoms of hepatitis A can range from non-existent to severe and don’t occur until you’ve already had the virus for a few weeks. The good thing is that hepatitis A isn’t like other forms of hepatitis; it doesn’t cause long-term liver damage nor does it become chronic. Acute liver failure is a possibility though, but typically that’s only a concern for elderly people or people who already have a chronic liver disease.

There is no treatment for hepatitis A because the disease usually goes away on its own. The liver will heal within six months with no lasting damage. You may want to treat the symptoms though, especially the nausea. Ginger and peppermint are both great for that. You’ll probably feel tired and will want to rest, which is a good idea so that your body can heal.

Hepatitis B is caused by the HBV virus and is an infection of the liver. If not treated, it can become chronic and cause liver cancer, cirrhosis, or liver failure. There is a vaccination for it and people in most healthcare-related professions are required to get it.

If you have hepatitis B, you may not even need treatment but you’ll need to get plenty of rest and adequate fluids and nutrition to fight the infection. Beware, because the HBV can live outside the body for up to seven days.

Symptoms tend to develop gradually over three months or so. Hepatitis B is contagious and is passed via blood, semen and other bodily fluids. Typically it’s not passed via saliva though the virus may be present in it. It’s also not airborne, which is a good thing. Sex, sharing needles, and coming into contact with bodily fluids if you have an open wound are the likeliest ways of catching it.

Healthy adults who contract hepatitis B usually recover fully and are cured of the illness. Kids are more likely to develop chronic hep B.

This type of hepatitis is the worst that you can get. It has no cure and people who have it typically don’t have symptoms until liver damage appears decades later. It’s spread via blood-to-blood contact.

The worst thing about hepatitis C is that it lingers in your body just like the chicken pox virus does, making a liver transplant useless. It can also survive on surfaces at room temperature for up to six weeks!

Hepatitis D piggybacks on hepatitis B. It absolutely cannot be contracted or spread without the HBV already present, but it is spread when the HBV is spread. There are no antivirals to treat it like there are for other types of hepatitis. This type of hepatitis isn’t much to worry about unless you have hepatitis B.

This type of hepatitis is passed via the oral-fecal route just like hepatitis A is. It’s typically spread from person to person but can also be contracted by eating undercooked contaminated pork, boar, and deer meat as well as shellfish. Symptoms occur from 15-60 days after exposure.

There is no specific antiviral treatment for hepatitis E and it usually resolves on its own, though some rare cases do progress to chronic condition.

The best way to avoid any type of hepatitis is to practice good sanitation and hygiene. Wash your hands after you use the restroom and before you eat or touch your face. Wash your fruits and vegetables.

Use disinfectants such as bleach to clean surfaces. Boil water that could be contaminated for at least 3 minutes then allow it to cool naturally.

Depending upon the type of hepatitis that you have, you may not even need treatment but eating lots of fruits and vegetables will help give your immune system a boost to help it out.

There are also a few natural treatments that have been used in holistic medicine for hundreds or even thousands of years. 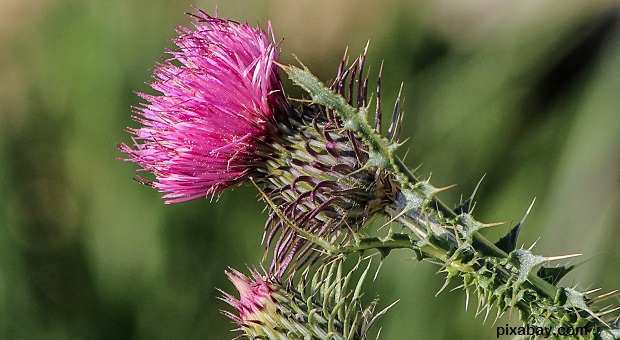 There’s a compound in milk thistle called silymarin that is a common treatment for hepatitis in holistic medicine. The treatment is made by creating a tincture from the leaves of the Silybum marianum, or milk thistle, plant. It works in  4 ways: 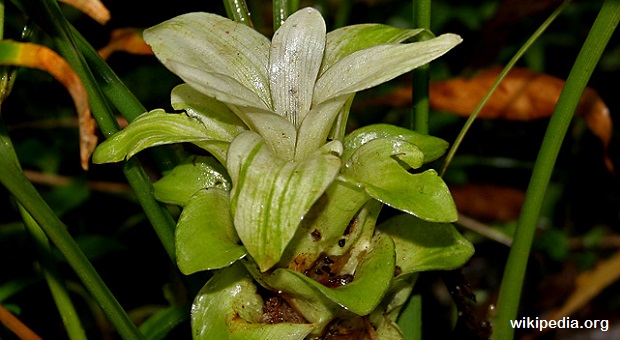 The curcumin in turmeric helps fight hepatitis in a few different ways and should be included in daily diets for people suffering from the disease. It works by:

Be careful using too much turmeric if you’re on anti-clotting medications because curcumin is a natural blood thinner. 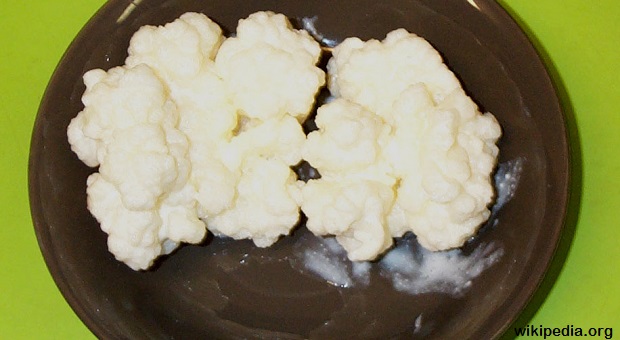 Though probiotics don’t fight hepatitis directly, they do provide good bacteria that keeps your intestines healthy. This is a big deal for your liver because if your digestive tract is functioning well, it won’t have to work as hard.

Probiotics are found in dairy products such as yogurt, fermented foods, and sour pickles. 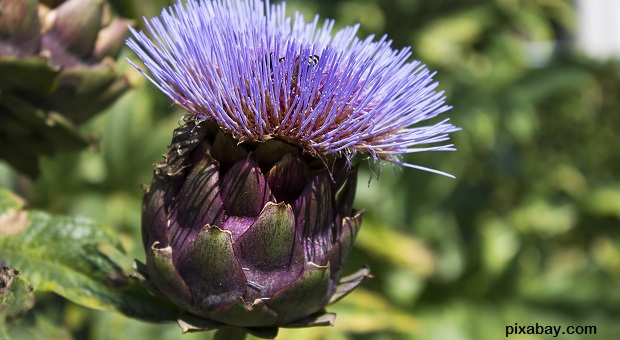 The compound called cynarin in artichoke leaves has several different qualities that make it a good natural treatment for hepatitis:

Having bile moving out of the liver is a good thing because if it’s not, it increases the danger of damage to the liver. Either eat the leaves or make a tincture. 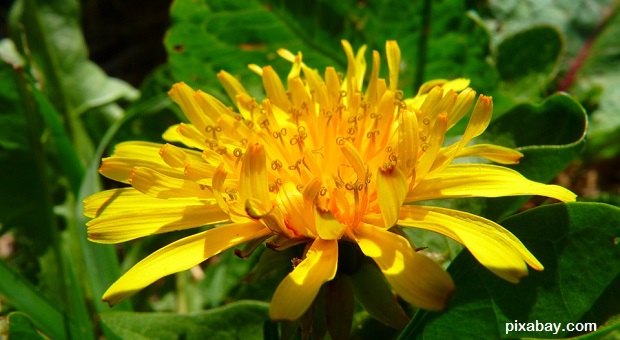 Tea made from dandelion leaves, roots, and stems is said to promote healing in the liver as well as encourage the outflow of bile. Place about 1 ¼ cup of the roots, stems and leaves in a quart of water and boil til it reduces to a pint. Drink 3 tablespoons six times a day.

In addition to these direct remedies, you can also use natural treatments to address the symptoms of hepatitis. Check out my article on medicinal plants to find something to treat your particular condition.

This cluster of liver infections and diseases is something that you may need to address if SHTF hard enough to cause a breakdown in society as we know it because several strains of it spread so easily. Knowing how to treat it if you get it, and avoid it so you don’t have to worry about treatments is good info to have.