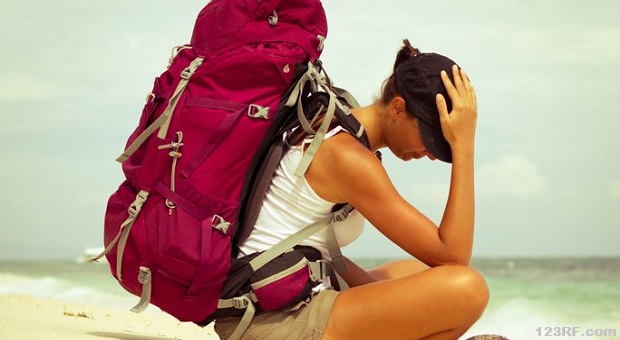 If you ask me, the worst vice is giving unsolicited advice.

And I’m saying that even if most of the times I know what I’m talking about; otherwise, I prefer to keep my mouth shut rather than speak and make a fool of myself.

Unfortunately, this is not the case with everybody and if you’re into prepping, you must avoid “professional advisors.” These people haven’t walked out of their living room in the last 10 years, yet are perfectly capable of teaching Crocodile Dundee how to skin an alligator in the wilderness using an old Gillette razor blade.

You can learn lots of tips and tricks if you’re following the prepper’s online (or offline by that matter) community about the DOs and DON’Ts of prepping.

But, keep in mind that there are also lots of bad ideas floating around and some of them are actually dangerous if followed. Keep yourself educated and do your own research every time. Don’t be a sheeple…

This article is about the worst prepping advice out there; it’s a piece about the DON’Ts of prepping.

1. Maybe the worst prepping idea is to bug out in the wilderness when SHTF no matter what, without actually knowing how to unroll a sleeping bag in real life.

{adinserter emp}Think about the big picture for a second: If EVERYBODY bugs out in the wild when SHTF, what would happen (short-midterm)? Just imagine almost 300 million new-age untrained hunter-gatherers (read hungry and desperate people) roaming around in the woods, hunting that non-existent buffalo. Surviving out in the wild requires special skills and lots of available hunting land.

Living off the land may have worked 300 years ago for the Indian tribes but there were FAR less than 300 million of them and they knew what they were doing. Nowadays that certainly wouldn’t be the case!

2. Another fallacious piece of advice NOT to follow is about drinking water from “big rivers”.

According to this advice, the bigger the river, the safer the water is for drinking because stuff gets diluted. This advice is so stupid, I don’t even know where to begin: The Ganges is a river in India, one of the most polluted waters in the world, and it’s huge. The Yellow River (China’s biggest river) actually catches fire a few times a year or turns red from the chemicals.

So NEVER drink water from rivers, no matter how large or small without (at least) boiling it first!

3. One very dangerous piece of advice that can actually kill you (by sepsis) is this: you MUST suture wounds in the wild,  in order to keep out dirt and to stop bleeding, even without having the knowledge, the training or the tools (sterile equipment like  gloves) to do the job correctly.

A wound should be sutured only by trained professionals that are using sterile tools. If you fail on either of these two “must have’s” and try to suture a wound when out in the wild Rambo style, you’ll end up infecting the wound and possibly killing the victim in this way.

Sutures require special kits and they are meant to prevent infection and to control bleeding, not vice versa. If you don’t have a special suture kit and you’re clueless about the procedure, you’ll end up infecting the wound and potentially killing your friend out of pure kindness. You can stop the bleeding in other (non-invasive) ways, such as applying pressure to the wound.

4. Another bad advice to ignore is that a good knife is the only survival tool that you need.

Knives are made for cutting things, they’re not really a multi-purpose tool unless you have nothing else and you’re starving. Don’t try to open cans when out in the wild with your knife if you have a can opener. Even if you think you’re a bad-ass by doing so, you might end up cutting yourself in the stupidest way possible and at the worst time possible.

5. Although, you don’t need to carry with you the whole kitchen and that big box with carpentry tools.

Never bring more stuff than you can carry comfortably, you don’t need a ton of gear. Focus on the must-haves, like a solid knife, a durable lighter, a good sleeping bag/blanket, adequate clothing, food, a hydration system (water filters, water supply etc), a map, a flashlight, a first aid kit, etc. You DON’T need a pillow, an iPod, or the laptop.

6. “The destination is the road” is not a good answer for your fellows.

Never go out in the wild without telling other people where you’re going and for how long. Also, the “let’s bring booze, guns and a radio” suggestion when going out in the wilderness is one of the worst ideas ever. Hanging out with drunken idiots, in a potentially hostile (and most certainly hazardous) environment is tantamount to disaster.

7. “Wildlife is more afraid of you than you are of them.” Really?? Never take for granted that idiotic saying. You might end up facing a mountain lion or a bear and if you’re not bear hunting, well…it’s a bear or a mountain lion, and you’re a delectably available human. Yum for him.

8. You have animal repellent; you’ll be fine. Just because you have bear spray, you’re not on the safe side. Also, cooking bacon in bear-country is a very bad idea. Do you wonder why? See number 7.

9. “Clear sunny sky, light winds”. Sure, until the midnight storm. Don’t take the weather forecast for granted if your life may depend on it.

10. “Let ME see the map”. Just because someone knows how to use a map and a compass to make a beeline for your destination doesn’t mean that the shortest route is the quickest/safest.

11. “Forget the tent, take only the sleeping bags, it’s nice outside…” Stupid, stupid and stupid. Think bugs, snakes, spiders, rain, 50mph winds. All the critters want to be with you in your sleeping bag and a tent comes in handy when that unforeseen rain or windstorm blows in.

12. “Hey dude, what’s with all that gear, it’s supposed to be 80 and sunny at the top…” It’s better to carry a 45 pound pack when hiking and use only 5 pounds of it than carry a 5 pounds pack  and need the other 40 you left home…always be prepared for the worst, especially in the mountains where weather is very unpredictable.

13. “Screw the blaze orange.” It’s a bad idea to wear head to toe camo if you’re camping during the hunting season. Unfortunately, not everybody identifies movement before shooting but there aren’t many animals that wear blaze orange.

And to close on a funny note: Anything that Bear Grylls says should be considered bad advice!