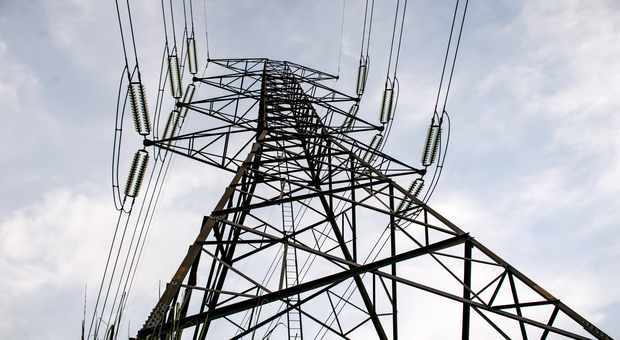 Is The US Power Grid Collapsing?

This tiny grid provided electrical power to a whopping 85 customers, who owned a total of 400 electric lamps. In the ensuing 130 plus years, the power grid has grown to a behemoth which would cost almost five trillion dollars to replace.

Yet much of this system is aging, in a time when it has been becoming increasingly more difficult to make replacements and repairs, primarily due to government regulations and red tape. While some of the more restrictive regulations have been rolled back in recent times, the impact of Obama-era regulations has caused some major shifts in our country’s energy production, especially moving away from coal and nuclear power.

Parts of the electric grid predate the 1900s, especially in the Northeast. But even more recent additions are aging. The majority of our nation’s transmission and distribution lines were built in the 1950s and 60s, considerably younger than those parts constructed in the latter 1800s, but already well past their 50 year life expectancy.

The transmission network isn’t the only part of our electrical grid that is aging. The average age of coal-fired power plants, which still account for 30% of our total electric power production, is 42 years. These plants are being retired at an average age of 54 years, well past their prime. Many of our hydroelectric power plants, which is our largest renewable energy source at 7.5% of our total power production, are 70 years old or older. Over half of the country’s nuclear power plants, which account for another 20%, are more than 30 years old. 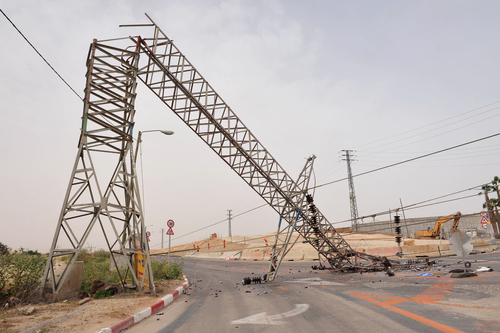 Clearly there is a major need for investment in our nation’s electrical grid, something that the American Society of Civil Engineers has been declaring regularly in their infrastructure report cards. With a 2017 rating of D+, the electrical grid is barely making the grade. Yet there is little interest in investing in updating the grid.

While the majority of the electrical grid is owned by private investors, their businesses are highly regulated by the government. Originally done to ensure that everyone received electric service, as with most things done by government, it has evolved over time. Today, the government is more obstructive to upgrades in the electric grid, than they are supportive. This is partially due to the push for “green energy,” but not all the blame can be laid at the environmentalists’ feet.

There have been enough serious disasters around the world to show the need for government regulation of power production and transmission. Yet there is a point where government oversight and regulation become counterproductive. When it hinders the ability of electric companies to provide service to the population, we’ve passed that point.

Without major investment in serious upgrades we can expect to see a rise in blackouts and brownouts. In 2015, the most recent year for which data is available, there were a total of 3,571 power outages, with an average duration of 49 minutes. Even more seriously, the five year average of major outages has doubled every five years, since the turn of the century:

These outages have been attributed to a variety of reasons, including severe weather, vandalism and the strain on the system caused by operating at peak capacity. They indicate that the existing grid is reaching the end its useful life, as more time and money has to be invested in repairs every year.

Theoretically, at least, a decentralized system, like the electric grid, should be less vulnerable to overall system failure. Redundancies built into the system mitigate against major damage. Should one part of the overall system fail, the rest of the system would make up for it, keeping power flowing to homes and businesses.

This is the same theory that the internet was developed under. Having a redundant, decentralized system eliminates the risk of having a “head” that can be attacked to take out the whole system. It also provides for secondary means of routing, should something happen to damage one part of the system.

There’s just one problem with this theory. As we’ve already discussed, the 55,000 substations and 450,000 miles of high-voltage transmissions lines in the country are working at peak capacity. So, when there is a failure and electrical power needs to be rerouted to provide for people’s needs, the transmission lines and substations are likely to be operating over their rated capacity.

This can cause what is known as a “cascading failure,” sometimes referred to as the “domino effect.” Equipment that is running over capacity generates excessive heat, which can lead to equipment failure. Each successive failure forces the rest of the system to work even harder, increasing the likelihood of further failures.

Extensive computer modeling of the electrical grid has been undertaken; showing that over 10% of the total system is susceptible to first-level cascading failures. But as additional failures are reported, this percentage rises drastically. Of course, the places which are most likely to experience failure are near large cities, where the greatest amount of electrical power is used.

The sway to mitigate against these cascading failures is through building redundancies into the system. But this is an expensive undertaking, especially considering that available capital is generally being used to try and keep ahead of increased needs for electrical power.

A Different Sort of Cascading Failure

Hospitals, ambulance companies, police departments and other emergency services are required to have backup generators and fuel, so that they can continue to provide services in the event of a power outage. But fuel stocks for those services are finite; typically only three days worth on-site. If they are unable to resupply within that time period, those services could stop functioning.

Then there is the effect of electric power loss on municipal water supplies and sewage services. A recent blackout in Wyoming gives us a perfect example of that. In February of 2017, a region of the state lost power due to severe weather damaging power lines. Water and sewage service continued for about three days, running off of generators. But when the low-lying sewage lines filled up, officials had to shut of water service to the area. This was due to a mistake in planning. There were no generators for the transfer pumps, as the sewage lines could hold several days’ worth of waste. Water remained off until electric power was restored.

Virtually the same thing happens to all areas of our infrastructure during prolonged power outages. While backup generators and systems can keep those services running for a time, eventually they reach their capacity in one way or another and services shut down.

We could justly call the aging of the electric grid and the potential for cascading failures “the attack from within.” Left alone, without investment in improving the existing grid, wear and tear will deteriorate it to the point of unsustainability. But there is also the risk of “the attack from without,” which is an even greater risk and could be coupled with weaknesses within the system.

Our electrical grid is subject to cyberattack on a daily basis. While many of these attacks are nothing more than malware infections, hackers also make focused attacks on our grid, attempting to take over control of our electric power production and distribution. Some of these attacks have been successful enough to give the hackers operational control over the systems.

In 2017, the computer security company Symantec reported over 20 energy companies in the US and Europe having suffered such deep penetration of their systems. This means that the remote operators, merely known by the name Dragonfly 2.0, could have shut down power production and distribution to customers of those utility companies.

This is in addition to the cyber-attack that the Palmetto Fusion nuclear power plant in Kansas suffered in 2015. That attack was later tied to hackers in Russia.

Russia and China are the hacker capitals of the world, with both private hackers and government sanctioned ones working hard to penetrate the world’s computer networks. China was the first country in the world to organize a division of their military specifically for the purpose of cyber-warfare. This gives them a huge advantage, while other countries, including the United States, scramble to catch up.

The current lead that Russia and China have in cyberwarfare gives them a distinct strategic and tactical advantage, should they choose to use it. Yet, while US security firms and the US government have not been totally idle in developing our defenses against such an attack, not enough effort is being put into those defenses. At a time when we are behind the enemy, technologically speaking, there is a need for a massive effort to protect our grid.

Dragonfly 2.0 and other such groups are still actively working on penetrating the US electrical grid, according to Symantec’s claims. All US utilities are at risk of compromise at this time, making this the true weakness in our country’s electrical power grid. 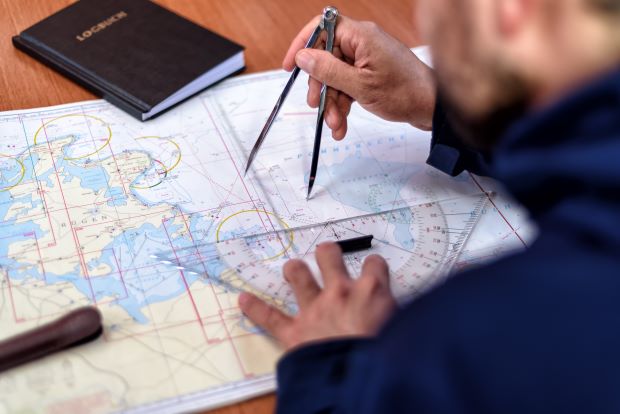 Why It’s Mandatory To Recon Your Area Before SHTF 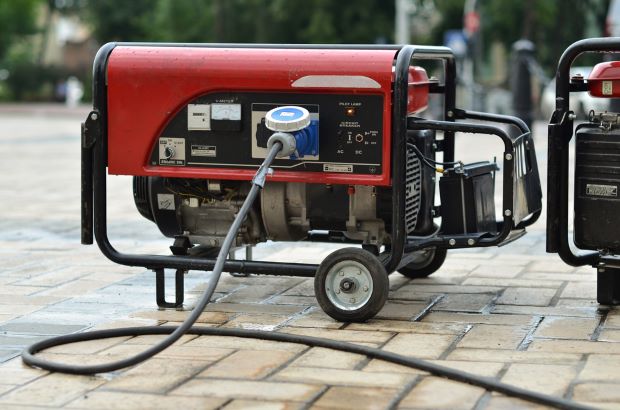 10 Questions To Ask Before Buying A Generator 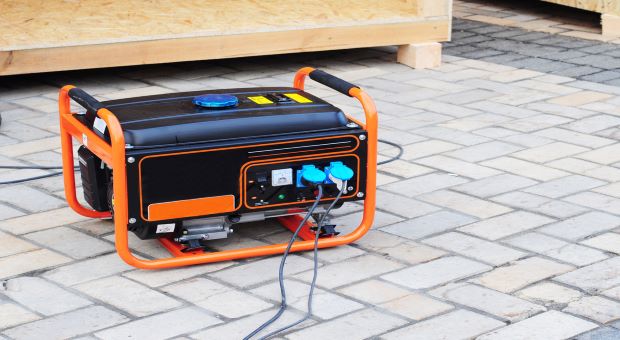