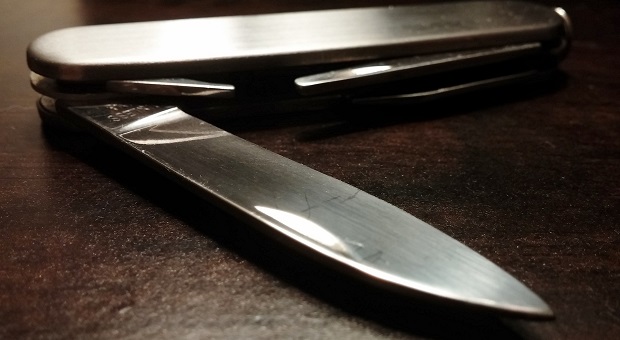 Do You Know What Makes A Good Survival Knife?

Ask a prepper what’s in his pockets, and he’ll tell you about his knife first, for sure. But just any knife will simply not do! And every prepper has his favorite one, so recommending the best knife will certainly not please everyone.

But there are knives better than others and everyone agrees on that. And what’s even more important when choosing your knife is a set of criteria that you have to keep in mind before investing in one.

The Way You Choose It

A knife is a personal thing and everyone has their own set of circumstances when choosing it. Whatever your choice is, the perfect survival knife is the one that fits your needs and skills best.

You will need a thin blade for some tasks such as cutting feather sticks, and it would be an efficient cutter. But a thin blade would make a lousy fighting knife, because the blade would roll too easily. It might break contacting bone, and it could snap off or get bent on a thrust between the ribs when you try to withdraw the blade.

You also need a sharp point blade: it is a better defensive shape than any other, due to its ability to stab

So you have to consider the thickness and the length of the blade: it should be small enough for trap making, but also spilling logs, for example. Also think about the shape and the angle of the grind.

Choose steel over any other material for the blade, but be aware of the differences between stainless steel and carbon steel. Stainless steel knives do not hold their edge as long, but are less likely to rust compared to carbon steels, which will rust easier if exposed to air and moisture. Stainless steel is an alloy with a minimum of 10% chromium by mass. Stainless steel does not rust or stain by water as ordinary steel does. When heated the chromium becomes chromium oxide that acts to form an air and water tight film that seals off the metal. This steel comes in many grades and finishes.

Be careful about the handle material and how aggressively it is checkered, if it is. You don’t want a guard that will get tangled in clothing or give you blisters, and you need scales or handle material that won’t slip when it gets wet, bloody or muddy, but that won’t tear up your hands in prolonged use.

How You Understand the Limits of Your Knife

Each material has natural limits that it cannot surpass. Knives are not exceptions of this rule. Make no mistake, knives are made of steel and steel should also be used with caution. Different knives are created for different purposes. It’s simple: you really can’t use a fillet knife to skin a deer.

How You Clean Your Knife

Just because you use your knife regularly doesn’t mean that you shouldn’t also regularly clean it. Always keep your knife clean, clean the blade and handle after each use.

Do not soak the knife in water. Instead use a mild solution of soap and water on a clean rag or paper towels should remove any dirt and debris that may have accumulated during use.

Running water is often enough, but you must always ensure to dry the knife thoroughly. This is a step that most beginners ignore and end up paying the price for. A knife that isn’t completely dry will never be rust free. Ideally, you should use a cloth that’s used specifically for this purpose.

How You Oil Your Knife

After cleaning or exposing the knife to moisture the knife most be completely dried.

Use WD-40 on the blade only to displace any moisture to prevent water spots and oxidation from forming (WD-40 is a solvent, not a lubricant), then oil all metal parts. There are multiple option on the market: you can use a 3-in-1 mineral oil, Dri-Lube (made by Remington), Rem Oil or other similar products.

Remember to oil the knife regularly. Finger prints and weather are the primary cause of rust and corrosion.

The Way You Store Your Knife

Do not store the knife in a nylon or leather sheath that came with the knife because it traps moisture and cause the knife to rust. A cardboard sheath will wick the moisture away from the blade’s surface and prevent dust from accumulating. Keep this knife stored in a cool low humidity area while in storage.

How You Repair Your Knife when It’s Needed

A knife is bound to take the occasional beating, however, most knife owners will hurry and repair the blade themselves instead of taking it to an authorized technician.

Note that some high-quality knives have a lifetime warranty that becomes void when you attempt to repair them.

The Way You Sharpen Your Knife

Whetstones are the oldest (and perhaps simplest) way to sharpen knives. Make sure that you always maintain a consistent contact angle between the whetstone and the knife and respect the angle of sharpening that your knife came with.

The Way You Make Use of It

Steel is a sturdy material: it has certain elastic capabilities, and resists abrasion, corrosion and vibration. But it has its limitations, and you’ll surely damage your blade if and when those limits are exceeded.

Don’t use your knife as a makeshift shovel: your knife will come into contact with hard rocks that will end up chipping your blade. Also avoid using it as a makeshift fire striker, because you will damage the blade. In fact, when a blade is made to pry in small spaces, it is forced in the direction in which its structure is less resistant. This may result in the blade being curled or damaged.

Extreme temperatures are also harmful to your blade. Sub-zero temperatures can make the steel brittle and increase its sensitivity to vibration and impact. On the other hand, extreme heat may damage the hardening of your blade.

The Way You Carry It

A knife is a tool, and also a weapon. Be aware that there are laws referring to concealing a knife, and there are places where you can never carry it: schools, courts, planes, most federal buildings and similar institutions of state or local government. Having a knife that appears utilitarian and harmless at the same time, saves you a lot of troubles.

As you see, owning a perfectly-fit-for-you survival knife is more about skills than about choosing a product over another. As always in life, is not the strongest or the most intelligent who will survive, but those who manage to make the most of what they have.