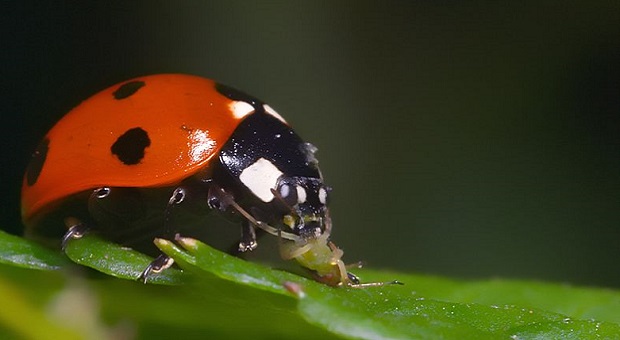 The Useful Bugs In Your Garden

The standard response for most people is that bugs are bad, but if you’re a gardener, bugs can be your best friends, especially if you’re growing organic food. Pesticides are known to cause all kinds of health problems.

The problem for many people is knowing what kinds of bugs are good and which ones are bad, some will kill your plants while others eat the bad ones or help in other ways.

Today we’re going to tell you about the useful bugs in your garden and even give you some pictures. 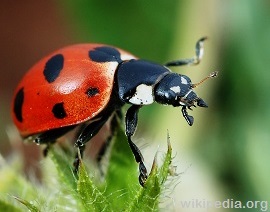 Also known as lady beetles, these pretty red and black spotted bugs look cute but are lethal to many bad soft-bodied bugs, including mealy bugs, mites and aphids.

Their larvae are even meaner. Actually, as adults, they’re not that aggressive but still good to have around. They also come in solid black and solid red colors. Lady bug eggs are yellowish ovals that are found on the underside of plant leaves. 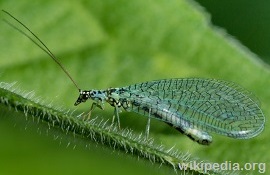 Like ladybugs, lacewings are at their bug-eating best when they’re larvae.

As adults, they eat mostly flower nectar but as larvae, they are voracious predators to moth eggs, small caterpillars, aphids, whiteflies, thrips, scales and mites.

Adult lacewings are light green or light brown and have oversized, veiny wings.

Plant cosmos, angelica, sweet alyssum and coreopsis to attract lacewings to your garden. 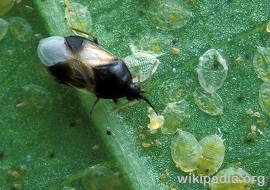 These bugs are tiny with black bodies and a yellow chevron on their backs. Pirate bugs may also be dark brown and light brown patterned.

They have evil-looking pinchers by their heads and eat aphids and just about any other insect that they can find.

This means that they may eat the good ones, too but they’re still OK. They move quickly. 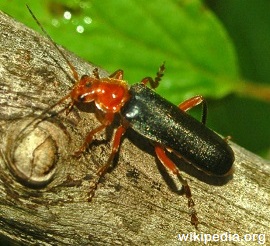 Their larvae eat eggs and larvae of beetles, moths, grasshoppers and other insects. Be careful because, though they’re great for your garden, they will bite. 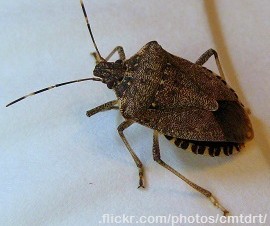 You can differentiate a spined shoulder bug from a stinkbug by its pointed shoulders.

They eat hairless caterpillars and beetle larvae. They bite, too.

Attract spined soldier bugs with perennial plants because that’s where they take shelter. 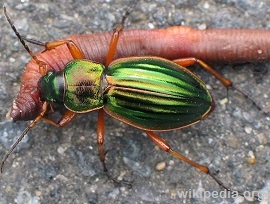 Ground beetles have a blue or green sheen to their shells and, like many good bugs, their larvae do much of the work.

They develop in the soil and eat root maggots, slugs, cutworms, snails, cabbage maggots, Colorado potato larvae and other pests.

Plant perennials to attract them and provide ground cover such as logs or rocks for them to hide under. 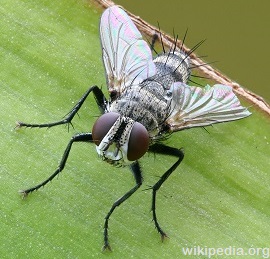 Though they look similar to houseflies, tachinid flies won’t pester you in the house.

Plant flowers with lots of pollen and nectar to attract them. They also like herbs such as dill, parsley and sweet clover. Let a few of your herb plants flower for them because that’s the part that they like best. 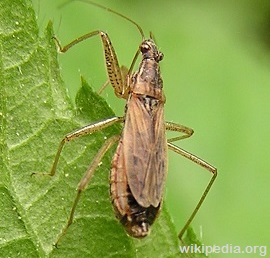 These damsels are certainly not in distress! They eat soft-bodied bugs such as aphids, thrips, caterpillars and leafhoppers.

They’re kind of a dusty brown color with long bodies and narrow wings. Damsel bugs use their thick front lets to snatch their prey.

Damsel bugs are attracted to alfalfa. 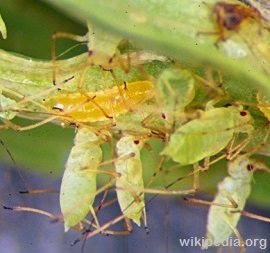 These tiny bugs are really sort of pretty in a buggy sort of way.

They’re the color of mandarin oranges and sort of look like an orange wedge, too. They have long legs and eat more than 60 species of aphids.

They paralyze them with toxins in their saliva before they start munching.

Aphid midges are attracted to plants with pollen.

Syrphid flies, aka hover flies, have black bodies with yellow stripes and you may mistake them for a wasp or bee. You can tell the difference because, like all flies, they only have two wings whereas bees have four.

The larvae are green and look a little like pointy-headed slugs. Syrphid maggots are really good at squeezing into curled-up leaves to ferret out aphids.

The adults are great pollinators too, especially of strawberry and raspberry plants, so there’s a bonus. Syrphid flies are attracted to pollen-producing plants. 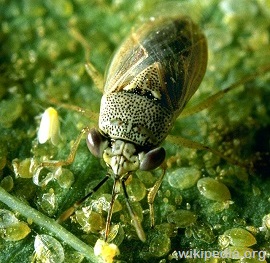 As the name implies, these bugs have big eyes. They’re tiny and dark brown or black and their bodies are somewhat flat or oval.

Despite being only about an eighth of an inch long, big-eyed bugs chow down on mites, insect eggs and aphids in both their nymph and adult states.

Big-eyed bugs are attracted to bushes, grass and other permanent foliage that provide shelter. 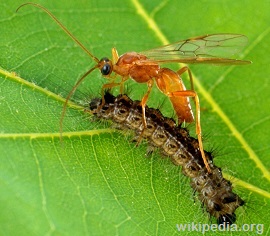 These tiny wasps inject their eggs into host insects such as beetle and moth larvae and aphids. The brachonid larvae then eat the host from the inside out. Pleasant, right?

Unlike mean wasps, these parasitic wasps are so tiny that you can barely see them.

Brachonid wasps are attracted by plants that produce pollen and nectar so you get the added benefit of pollination. 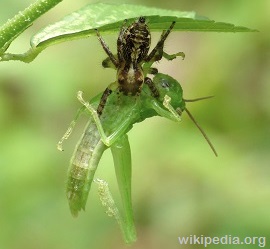 Alright, fine. I’ll admit that many spiders are harmless and are actually good for the garden.

The good ones don’t want to come inside because their food is in the garden.

They’re not poisonous, either. Just watch out for nasty ones such as the brown recluse, black widow and wolf spider. They do bite and are poisonous. 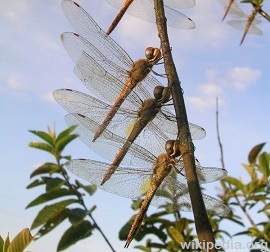 Everybody loves a dragon fly, except for the bad bugs in your garden. Dragonflies eat aphids, mosquitoes and other pests.

They’re anywhere from one to two inches long and have four long, pretty wings. They love wet, marshy areas.

To attract dragonflies, build a little pond or leave a marshy area alone.

As you can see, there are many great bugs that will help you keep your garden healthy. These are the main ones and if you don’t have any in your garden you can often order them through the mail and then release them but remember that you want to have the preferred plants of the adults if it’s the larvae of the species that eats the bad bugs.

Do you know of any good bugs that we’ve missed? If so, tell us about them in the comments section below.

This article  has been written by Theresa Crouse for Survivopedia.