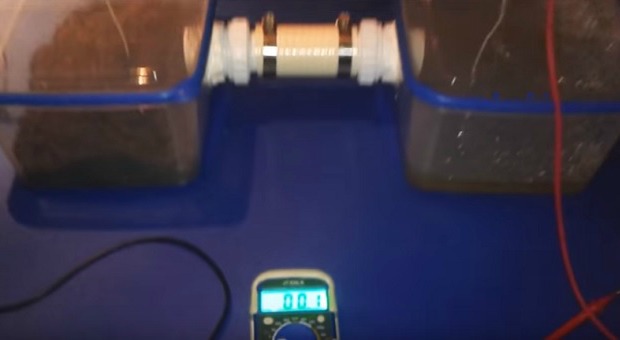 Uncommon Off-grid Survival: How to Get Electricity from Mud

It is no secret that anything from EMP blast and natural phenomena to outright sabotage from inside the country can lead to large scale disruptions in the power grid.

You have at least a few electronic devices that you’ll need to operate until you have made a full adjustment to living without electricity. Regardless of whether you need to access data on the memory chip for your smart phone, health monitoring tools, or even a battery powered radio, you should know how to generate electricity using as many methods as possible.

Overall, generating electricity or other sources of power from mud may be a viable option.

How Does Generating Power From Mud Differ From Earth Batteries?

How is this type of generator different from other devices made from similar materials? How a mud based electricity generator differs from an earth battery? Here are the main things to remember:

How Does Generating Power From Mud Differ From Using Electrolytes?

Even though generating power from mud requires salt, it does not work quite the same way as an electrolyte battery. The bacteria themselves charge up one side of the fuel cell as a part of their biological function.

On the other hand, an electrolyte battery works because molecules break down into ions when mixed with water. These ions gravitate to the different metals at different rates, which produces an electrical charge.

Over the years, many different methods have been used to generate electricity from electrolytes. If you are near the ocean, you won’t need much more than access to salt water and two different metal types that will serve as electrodes. With a few minor modifications, you can also make wet capacitors using similar materials.

If you are going to work with higher voltages, you might need to make this kind of capacitor both for storing electricity and making sure you can create and even discharge once the power is gathered in one location.

Alternatively, if you have pennies made 1983 or later, you will already have two perfectly good metals in the same coin for making an electrolyte battery. All you will need to do is sand off some of the copper from one side of each penny in order to expose the zinc.

Should I Use the Mud Cell to Generate Electricity?

Overall, you will find that a mud cell generates relatively small amounts of electricity when compared to the size of the device. Something is better than nothing, so it will still take a lot of work to multiply that electricity and be able to use it even to produce the same voltage as you would get from a AAA battery.

You can most certainly try building a mud cell power generator to see how it works, and then try to adapt it to produce more power. 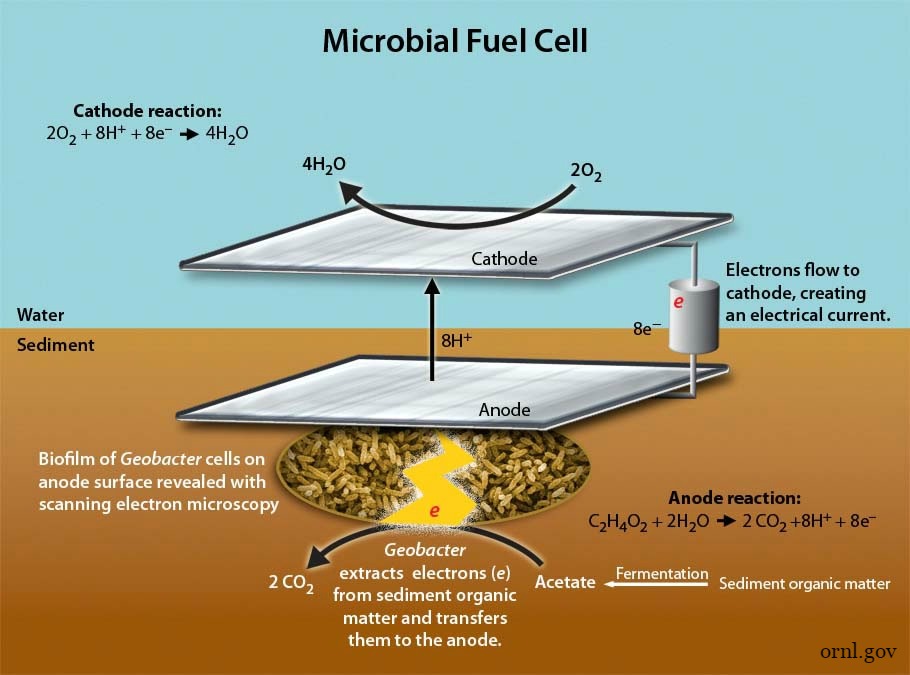 Here’s what you need to achieve to produce more electricity:

To make a microbial fuel cell, start off by gathering the right kind of mud. Dig around in the bottom of a pond that has been around for a few years, and pull up some of the black mud at the bottom. This mud will be rich in the kind of bacteria that can be used to generate electricity.

Next, you will need some salt, water, agar, and PVC pipe. Mix the salt, water, and agar together, and then fill the pipe with them. Once the agar cools, it should be hard enough so that it will not spill out of the tube.

The agar acts as a repository for salt, which restores the ionic balance as electricity is drawn from the cell. You can also try cardboard dipped in salt water or other methods for making the salt bridge.

The microbial fuel cell requires two chambers that are connected by the agar filled PVC pipe. Make sure the seals connecting the chambers are waterproof, and that you can easily replace the salt bridge, so that you can refill or make changes to the ingredients in the other chambers as needed.

After you connect the containers with the salt bridge, fill one container part of the way with mud and insert an electrode. Since the electrode will need a fairly wide surface area, make one from regular wire, and then attach an aluminum mesh to it. Finish filling up the container.

Your next step will be to fill the remaining chamber with distilled water and salt. As with the first chamber, install an electrode and some wire.

You can also insert some air tubing that will be used to run an air pump that will aerate the solution in the water chamber.

If you want to increase the amount of air going into the chamber and ensure more stays in the water, try using an aquarium air stone. If you do not aerate the water in the second chamber, it will produce hydrogen gas.

Depending on the activity levels of the bacteria, you may notice a small amount of voltage immediately. It may still take days, or even weeks for the bacteria to rebuild their transport structure and produce more electricity.

Are there any Other Uses for a Mud Cell?

Many inner city areas are soon to become areas where gas mains will explode and skyscrapers will tumble to the ground. Land with clean water and soil is rapidly becoming something that simply cannot be bought in an area with good weather conditions.

Aside from pointing to inevitable massive depopulation, it also means that if you want a homestead, you may have to settle for land that isn’t as clean or as safe as you would want it to be. This, in return, means that you will need some way to clean the soil. While mud batteries may not do much to generate electricity, they can do a great deal to increase the rate at which other bacteria remove toxins from the soil.

Therefore, if you are interested in owning a homestead, or know that you are already dealing with contaminated soil, you may want to experiment with these batteries to see if they will be of use to you.

Like many others, over the years, I have tossed around the idea of living completely free of electricity and electronic devices. While I have arrived at the sad conclusion these devices may be necessary for years to decades after a major crash, I still give a lot of thought to using as little electricity as possible. Since electricity is used for everything from cooking to home heating/cooling, this also means other fuel types must be considered.

Mud batteries can be used to generate hydrogen and biofuels. Typically, this process only requires carbon dioxide and sunlight. There is a good bit of research going on at this time to determine if this means of making butanol, a biofuel, can replace corn, beets, and other crops normally used for food.

Many people prefer cooking with electric stoves because they are safer, but just about everyone agrees that gas stoves produce better tasting food. You can build a gas stove to run on natural gas or methane, so don’t be surprised that this fuel is of immense interest to off gridders and preppers.

The bacteria that generate methane and natural gas also form similar structures within the growing medium that allow for the transport of electricity. As a result, even if you decide the mud battery is not a feasible option, you could check if the best bacteria for this method will also produce larger amounts of natural gas.

Aside from saving on soil depletion, this method may even be used one day to produce sugars suitable for addition in foods. In fact, bacteria are being used to make omega fatty acids that are added into organic milk. The bacteria strain may be different from the ones used to generate electricity, but never underestimate what mud and different methods for getting bacteria to produce various chemicals can do.

Right now, mainstream media continues to avoid covering topics like the Fukushima disaster, and other issues related to the leaking of nuclear materials into rivers and oceans. Virtually everyone points to other factors and blames them for the rises in cancer rates and other diseases that may well have an origin in hidden exposure to ionized radiation in the groundwater.

The same strains of bacteria used to generate electricity are also capable of removing uranium from ground water. If you are building a homestead near an area exposed to nuclear waste or materials, these bacteria may help. There may even be a way to develop a strain of bacteria that can be used to remove tritium from potable water supplies.

Once you begin exploring how electrically active bacteria work, it seems entirely possible this property can be used to remove tritium from non-radioactive water molecules.

In the case of making electricity from mud, the hydrogen generated by this process may be of more use as a fuel to power some other device that will deliver more electricity or some other useful form of power.

When it comes to generating electricity, cost, availability, and ease of assembly must always be your primary focus points. If you cannot generate enough electricity directly from any given application, see what else you can obtain that may be useful.