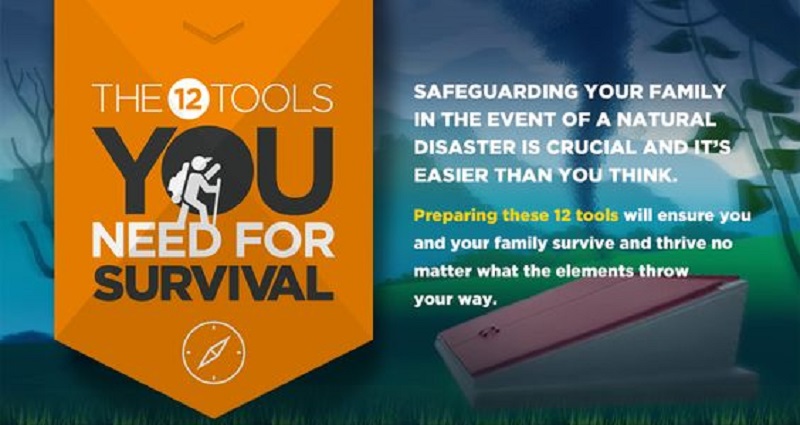 If there were only 12 things you could take with you in a survival situation what would those be? If you take a close look at you basic needs you will come up with a list of essential things you must have before bugging out or bugging in. But that’s not all!

Check out the infographic bellow to find out the 12 tools you nee and let us know in the comments before if you’d add anything else to the list!