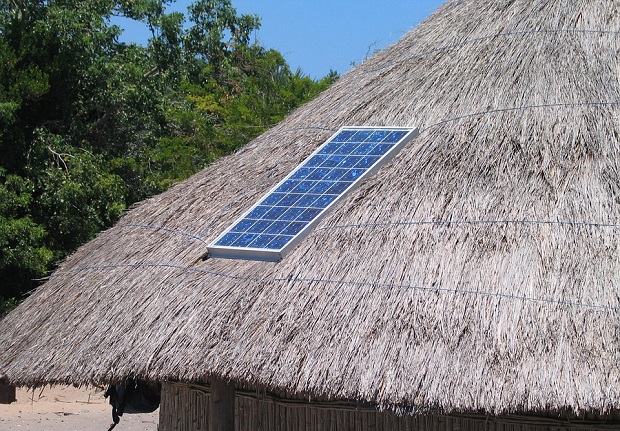 The War On Coal: Going Green On Energy

One of the left’s holy grails is clean energy; the idea of using 100% renewable energy sources, which don’t cause any pollution whatsoever. That’s a nice dream, if you can accomplish it, but the technology just isn’t there, no matter what environmentalists say.

The thing is, there are only two energy sources which are considered by the left to qualify as green or environmentally friendly; solar and wind. As a former engineer and consummate tinkerer, I happen to know a fair amount about those two. I’ve built both solar panels and a wind turbine for my home, so I have a fair idea of what they can do and what they can’t.

But as we all know, the left isn’t interested in facts, they’re too focused on their ideology. As far as they’re concerned, all they have to do is legislate it and POOF! It will appear. It must be nice to life in such a fantasy world, but I’ve never found how to move there.

Does Nature Have a Back  Up Plan?

Both wind and solar power have the same failings. First of all, they are extremely inefficient. I’ve watched solar power for over 40 years now, hoping that there would be a breakthrough in power production, allowing solar to truly become a viable energy source.

But the only breakthroughs that have been made in that area are to build flexible panels and make some very minor improvements in efficiency. For over 40 years of research, what they’ve come up with is not worth mentioning.

Wind power seems to be doing somewhat better, at least in efficiency. Today, 4.7% of our nation’s electrical power is produced by wind, compared to a paltry 0.6% which comes from solar. While that doesn’t hold a candle to nuclear power at 20% or coal and natural gas, both of which account for 33%, it’s fast approaching the power production from hydroelectric power plants, which account for 6% of our nation’s power production.

In the last 20 years, we’ve seen wind power grow from 6.1 gigawatts to 283 gigawatts globally. That’s an increase of over 46 times. In the same time frame, solar power has risen from 0.6 gigawatts to 100 gigawatts. That’s an amazing 166 times what it was 20 years ago! But it will be a long time until either of these power sources can be taken seriously as a replacement for fossil fuels.

The big problem with both wind and solar is that they are unreliable. Solar power only works during daylight hours and only produces its peak production when the panels are pointed directly at the sun.  Few solar farms have solar trackers installed, so they are rarely running at peak production. Then there’s the problem of clouds, rain and snow, all of which reduce the potential output of any solar power facility.

Wind is actually more reliable than solar, as it can work 24 hours a day. But even then, it depends on constant wind, something that exists in only a very few places. While meteorologists can predict to some degree when there will be wind, they really can’t do a thing to guarantee it.

What this means is that for both of these power sources it’s necessary to have backup. Something has to be ready to provide power to the customers, when the wind and solar power plants aren’t producing. That something is the environmentalists’ enemy, fossil fuels.

In other words, for every solar farm or wind farm that’s out there, producing electricity, there is a coal, natural gas or nuclear power plant running at less than its full potential, waiting to step in and produce the electrical power people and businesses need, when green energy falls short. So maybe those green options aren’t really as green as the left would like us to believe. Maybe they’re nothing more than a chimera being chased by little children.

As long as these green energy sources can’t be relied upon, something else will be needed. Oh, they might build more wind and solar farms, but they won’t be able to eliminate other energy sources, regardless of what laws are passed and what decrees some from on high.

The big problem is one of storage. Energy production has to match energy consumption more or less exactly. Otherwise, we end up with brownouts and blackouts. Under the current system, the power companies, in cooperation, regulate the amount of power produced, so that it matches that which is consumed. That means there is a never-ending dance to increase and decrease power output from the nation’s power plants, in an effort to match what over 300 million people, their electronics, their homes, and their businesses consume.

You see, there’s no efficient means of storing electricity in large amounts. Can you imagine a battery that is big enough to store the electricity that a city consumes in a day?

Tesla’s Powerwall, the biggest, most efficient battery for home energy storage holds 6.4 kWh, for a price of about $3,000. Considering that the average home energy usage in the United States is over 30 kWh per day, it would take 5 of those per household, and that doesn’t take into consideration business, government or industrial use of electricity, all of which are much higher.

So Where Does This Leave Us?

Clearly, it leaves us needing to rely on fossil fuels and nuclear energy for the majority of our energy production; at least for now. There are many people researching energy production and storage, hoping to come up with something better than we have now; but they haven’t grabbed the gold ring just yet.

Nevertheless, liberals are hot on the tail of eliminating the dirty energy created by fossil fuels.

We’ve been hearing for some time about Obama’s war on coal, which is being echoed by his protégé, Hillary Clinton. Apparently the two of them are convinced that all they have to do is regulate coal energy out of existence and by some magical means, green energy will appear to replace it.

It would be bad enough if this fantasy was limited to those two, but it’s a common fantasy shared by liberals around the world. I keep seeing articles about European countries that are going green, eliminating dirty coal and converting totally to wind and solar power.

Yet in the midst of all that, Germany, one of the world’s leaders in pushing for green energy, has finally woke up to the realization that they can’t afford to go green. That’s right, after pouring billions of dollars into green energy, they’ve finally woken up to the fact that they just don’t have enough money to totally convert their country to renewable energy sources.

Believe it or not, there are countries out there who are 90% or more green. But there are two things that stand out about those countries. The first is that their overall energy usage is rather low, as most of them are not really industrialized nations. The second is that the vast majority of the green power production in those countries is not from solar or wind, but from hydroelectric dams. That’s where the world’s real green energy is.

Of the 17 countries in the world who produce over 90% of their electrical energy via renewable resources, only one, Norway, can actually be considered an industrialized nation. Yet the U.S. solar power production (which is our lowest contributor) is 127 times greater than their total renewable power production. Oh, and, 98.6% of Norway’s renewable power is hydroelectric, not solar or wind.

So the next time you hear someone on the left bellyaching about how our electric power production is so dirty, and how horrible we are as a country, let them complain.

If you can, get them to talk about Norway, stepping into your trap. You can then tell them that the only reason that Norway is doing so good at green energy is that 98.6% of their electrical energy is produced by big ugly electric power dams. Let them chew on that for a while.

Actually, the country which produces the most green energy in the world is China, beating out the United States by 2.4 to 1. But they are also the worst country in the world for air pollution produced by power plants. So, even though they produce a lot of renewable energy, they are contributing more to greenhouse gases than anyone else.

The United States is number one in the world for wind power production. We’re number eight for solar. We’re number four for hydroelectric. So maybe we’re not doing all that bad. Granted, we use more electricity than any other country in the world, except China, but we’re working on producing more green energy.

The other point to make to leftists about green energy is that the advances we’ve made in green energy haven’t been caused by government regulation or by Obama’s war on coal, but rather by the same power companies they complain about. Because, you see, the government really doesn’t produce anything but red tape and heartburn.

So, when states like Oregon create laws that outlaw coal power, they’re not accomplishing much of anything. All they are really doing is raising the energy costs for their citizens and setting themselves up for energy shortages.

As with many other things, the real way to get progress is to encourage innovation. If they want to do something, then they should invest some of that money they’re wasting on fighting global warming in research aimed at alternative energy sources. Maybe then, that money will do some good.