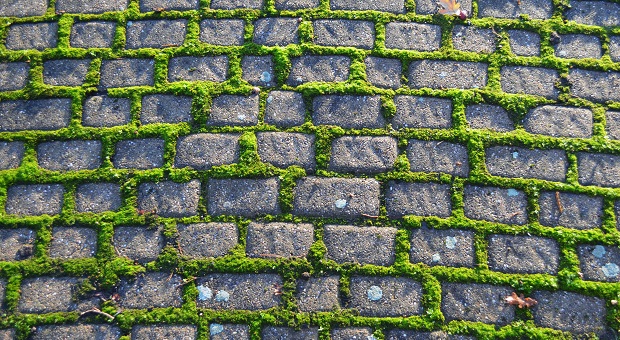 What do you know about moss? It’s green and grows on trees, rocks and the ground, right? Sometimes it grows on the sides of a building, giving it that picture-pretty appearance. But is it good for anything? Well of course it is, especially in survival situations. If SHTF, moss can come in handy in several different ways. There are over 12,000 varieties and they all have uses.

Does Moss Really Grow on the North Side of Trees?

If you’ve ever been in the Scouts or read old country lore, you’ve most likely heard that if you’re lost, look for moss because it grows on the north side of trees. Sorry to dispel the myth or correct your Scout leader, but this isn’t the truth, at least in most cases.

If you’ve ever actually tried to determine direction using this method, you probably ended up scratching your head in confusion because there was moss all the way around the tree. This is because moss grows best where it’s moist and (preferably) shady most of the day. There IS one way that may help you find direction using moss, though.

If you manage to find a vertical surface that’s off the ground such as a big rock face that is covered in moss, that side is likely facing north in the northern latitudes because the surface isn’t directly in the sun after noon, the most drying part of the day. Remember – moss likes moisture.

Sphagnum Moss Is a Source of Drinking Water 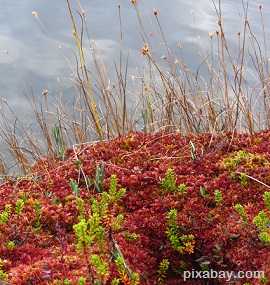 Sphagnum moss, and many other mosses for that matter, are extremely spongy and hold lots of water. In the case of sphagnum moss, you can quite literally wring it out and drink the water that you get from it. Since it’s acidic, bacteria doesn’t tend to grow in it. The only real risk you have is that there is an extremely small chance that there are halophiles in it. This is a salt-loving organism that can make you ill.

However, if you’re in a survival situation, the odds of dying of dehydration most definitely outweigh the odds of finding halophiles in the moss. As a matter of fact, many survivalists regularly use moss as a water source and I haven’t heard of any that have ever had an issue.

Moss Is Great for Dressing a Wound

Many types of moss, including sphagnum moss, are great for dressing a wound. It acts as a natural iodine and is purportedly sterile because of this quality. After cleaning the wound, apply the moss as a bandage. Change the moss out each time you clean the wound.

This type of moss is also good for soothing and healing rashes. Just apply is as a bandage and change as it dries out. Relief will come quickly.

If you can find dead moss or have the time to pick some and let it dry, it’s extremely flammable and is great for starting your fire. Since it’s lightweight, you may even want to add some of it to your homemade fire starters or just carry some raw.

Moss is damp, isn’t it? Well yes it is but it likes to hold on to its water. You can use a nice layer of moss to cover your shelter and it will keep you dry. One of the best things about this is that, since moss has an interconnected, shallow root system, you can cut it in large chunks that make it easy to transport and cover your shelter quickly.

Within 24 hours, these root systems will grow together and you have an instant, waterproof roof. As a matter of fact, there are many stories of wilderness people who actually use moss to roof their houses.

Moss Is a Great Insulator

Because it’s so dense and has such a tight root system, moss makes an excellent insulator. If you use it to insulate your house or shelter, it will keep it either warm or cold, whichever you need at the time. It will hold body heat in, and it will keep heat out. A bonus benefit to using moss as part of your structure is that if you really need to, you can use it to capture clean drinking water!

Moss Camouflages You and Your Shelter

This probably should have been a bit closer to the top of the list of survival uses for moss, but here it is. If you’re on the run and trying to steer clear of invading forces or even roving plunderers, moss is a great way to camouflage your shelter.

Even if they pass by it and see the structure, if it’s an old building such as a shed that looks rickety and as if nobody’s been in it forever, they’ll be more likely to pass it by than if the place looks lived in or used. If you have a structure like this, try to place your entrance at the rear where it won’t be visible and don’t wear an obvious path to it.

Some Moss Is Edible
Food is heavy and you can’t carry much of it with you so if you can find it along the way, that’s awesome. There are several different types of edible moss, including:

Technically, Spanish moss isn’t moss at all but a member of the bromeliad family.

Still, we’re including it because you can eat it and it’s also believed to have some medicinal properties, including helping lactating mothers produce milk and helping relieve the symptoms of rheumatism, diabetes and infantile epilepsy. It’s also been used as an estrogen substitute and Spanish moss has antibacterial properties.

You Can Use Sphagnum Moss to Filter Water

Because of the high acidity and the antibacterial properties of sphagnum moss, it can be included in your filtration system to help filter your water.

The survival uses for moss are many and varied. We’ve barely scraped the surface in this article, especially when addressing the medical and edible benefits of moss, but at least now you get the gist of it. If you have any other survival uses of moss, please share them with us in the comments section below!