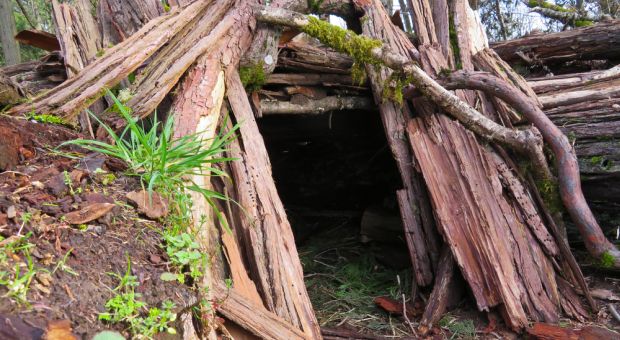 The U.S. Congress knows our electrical grid is America’s Achilles Heel and there’s an avalanche of evidence that our electrical network is more vulnerable than commercial jets before 9/11.

Plus there are countless of other scenarios beside a long-term national blackout that could lead to the exact same situation. That’s why I want you to think about this and dedicate every bit of his energy to ensuring your family is well taken care of so you can rest assured knowing their safety and well-being are in good hands: What would it do to your confidence to have a special forces operator as your personal outdoor survival guide for when America descends into chaos and anarchy?

My name is Bob and my childhood was all about getting as many Boy Scout Merit Badges as I could. Perhaps you remember the good ol’ days. I pride myself as being better equipped to deal with real-life survival situations than 99% of US citizens… That was until I decided to test 3 of the most important outdoor survival skills in a disaster scenario. The skills were: fire craft, shelter building and water procurement.

To make things more interesting, retired Master Sergeant Brian Morris – a former member of the US Special Forces joined me that I met at a wilderness survival conference.

Now I’d been to plenty other conferences before, but up until I saw Brian’s presentation, I never once felt like I learned something I hadn’t heard of before at least a dozen times… something that for once seemed like ‘next-level’ info. I felt like Brian was someone who was willing to reveal the know-how everyone else wasn’t or perhaps that nobody else knew of. So, at the end of one of his presentations, I introduced myself, thanked him for his presentation and asked him if he’d like to join me for dinner where I planned on digging even deeper… if possible.

Over that dinner I got to know more about Brian’s history with the Special Forces.

And during the 2 decades he spent in the Special Forces, Brian fought in the most extreme environments, from the driest and hottest desert with the most infertile soil and fiercest sun, to snow and ice-covered mountains where temperatures rarely went above freezing. And that’s not to mention hot, rainy, sweaty, muggy and insect-infested hellholes.

As it turned out, he lived at a 2-hour drive away from me and that gave me the perfect opportunity to challenge his Special Forces survival methods to a clash between my ‘civilian’ ones. I told him about my imagined scenario: stranded in the wilderness, no food nor water, with nothing but our knives and a few resources from our backpack. I told him I wanted to see for myself how someone with his background approaches the challenges of a survival situation.

Brian gladly accepted my challenge, and one month after our dinner, we were in the woods, tackling my imagined scenario.

Our first order of business: SHELTER.

We both needed to find a good spot to set camp. When picking one, you need to consider your surroundings: have you got lots of deadfall? Are you in an area that’s sheltered in general? If you’re out in an open field, there’s not going to be much shelter. It’s best to find those areas that are really dense, and somehow naturally protected. We wandered around for a bit to see what we could find. Now, there had been a big storm in the area, and some trees had their roots blown over. Brian immediately saw that as an opportunity.

The blown over root formed a natural wall… so we had almost half the shelter without having to raise a finger. And in a survival situation, you want to spare every single drop of energy you can. For the rest of the shelter structure, Brian went for a simple ‘A’ frame. 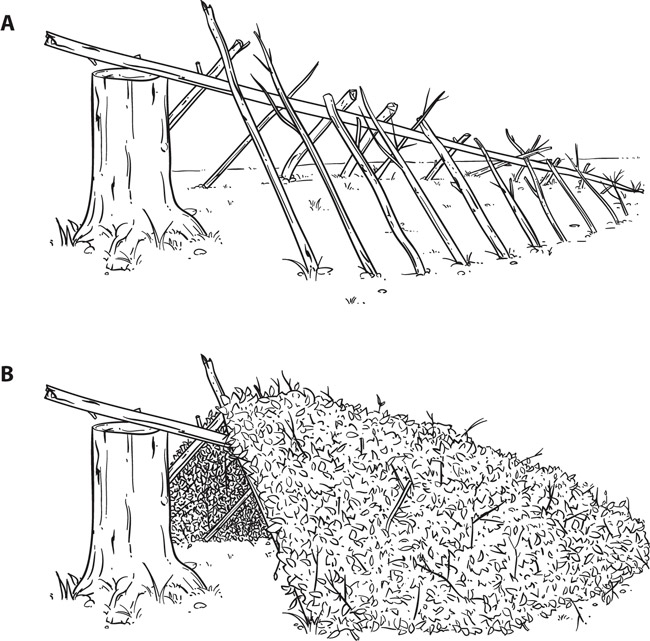 I went out to look a log for the ridgeline, while Brian started gathering moss and some smaller logs to make that ‘A’ part of the actual shelter. Brian told me that the longer the log, the more room we would have inside.

The general rule for one person is to find a log that’s about 4 feet longer than the size of that person’s body. Once we had our ridgeline, we carefully laid down the smaller branches onto each side… We insulated it adding the moss and it’s done.

Now that we had shelter, we needed to start a fire.

And this is where things got interesting… That’s because we decided to get a contest to see who could start one faster. And while I decided to muscle up and go for the hand-drill method. Brian’s approach revealed his Special Forces ingenuity as he started a fire, in less than 5 minutes by using his pee. Yes, you heard that right.

First, he collected his urine in a zip-lock plastic bag he had in his backpack.

Then, he found an opening in the tree-line where the sun was shining all the time.

Next, he took his urine filled ziplock, tightened it to form a little liquid pouch and used it as a ‘magnifying glass’ on some birch tree bark… and soon enough he had a self-sustaining ember to which he added some layers of grass and leaves… And he had a fire.

Meanwhile, I was sweating bullets trying to rub one piece of wood onto another…

Having the lesson of redundancy fresh in my mind, I decided to keep my options open and come up with a plan B. My first idea of water procurement was to dig a Gypsy Well. In layman’s terms, it’s a hole dug to collect water. But you can’t just dig anywhere. Typically, you dig where you know the water table is just below ground level.

I remembered that when looking for our camp spot, I saw a small plateau of peat which I noticed was particularly wet… I thought that was a good place to test my skill. I used my hands and knife to dig out a hole about one foot deep and I was lucky enough to see the well starting to slowly fill up. Of course, the water needed filtering or boiling, but that was no problem as we had a fire going back at camp. If this wouldn’t have worked, plan B would have probably been a solar still. I was eager to brag to Brian about my accomplishment and to find out what he was up to.

Imagine the look on my face when I saw him lying on his back resting comfortably by the fire doing absolutely nothing… and with no water in sight. I thought maybe he’d forgotten about this third challenge. He hadn’t. He just saw an opportunity to get clean, fresh drinking water without raising as much as a finger.

Here’s what he’d done while I was out digging…

He put some clean rags he had in his backpack on the moss roof of our shelter. He knew that, as night fell, condensation would soak the rags, giving us enough water for the next day. Plus, it was 100% pure and ready to drink. No boiling or filtration needed. And no more energy wasted.

Master Sergeant Brian Morris was getting almost annoying. I could not help but feel that he would have absolutely no problem of making the wilderness his second home.

The biggest difference I saw between Brian’s skill and mine was this:

I was more than competent but everything I did required way more work, took more time and drained more energy. Brian’s methods were faultless and virtually effortless. And in life or death scenarios, the less time, energy, and effort you waste, the more you boost your chances of survival. And now more than ever, I felt like I was light-years away from that…

I felt there were so many things I needed to learn…

Unfortunately, we were running short on time, so I only got to ask him about what sets Special Forces Operators apart from everyone else. His answer was simple: it’s the consequences. The more he talked, the more I was in awe of this man’s wisdom. Having him alongside me in this imaginary disaster scenario made felt like having an all-knowledgeable bush craft and wilderness survival Codex at my disposal.

Unfortunately, our time together was coming to an end and there was only so much that I could learn from just one day spent together…