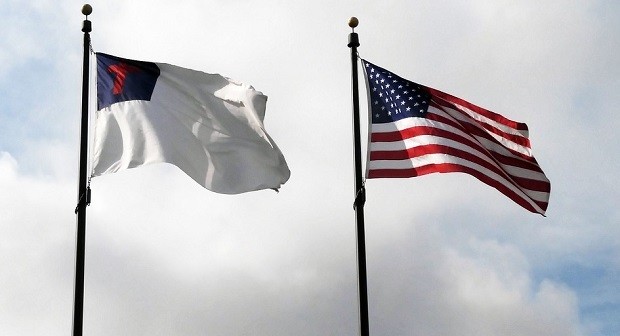 How Is This Separation Of Church And State?

The left loves to use the term, “separation of church and state” against Christians.

I never see them using it against any other group, but when it comes to Christians, especially Christians having any input into the government or using their faith to guide their decisions, they’re quick to trot out that phrase.

It doesn’t matter to the liberals that they are misusing the concept of separation of church and state, or even that the phrase doesn’t exist in the Constitution. Few of them have bothered to read the constitution anyway, although they’ll all swear that it’s in there. But in fact, the phrase “separation of church and state” was originally written by Thomas Jefferson and is found in a letter that is part of the Feudalist Papers.

What the Constitution says, as part of the First Amendment, is “Congress shall make no law respecting an establishment of religion, or prohibiting the free exercise thereof…” It looks to me like that doesn’t say anything about Christians not having any say in government or anyone being restricted in using the principles of their faith to make decisions in regards to our nation’s government. If anything, it says the opposite.

Nevertheless, liberals have long used the phrase “separation of church and state” as a lever to manipulate the courts and have laws enacted in their favor; most specifically, the favor of atheists. It is never used in regard to other religions, most especially the Muslim religion, which apparently has a free ticket for whatever they want to commit.

Like anything else in the Constitution and Bill of Rights, there are a number of different ways in which that phrase from the First Amendment can be taken. The traditional meaning is that there can’t be a state-sponsored religion. In addition, that has been the basis for churches having a tax-free status.

Time and time again, atheists have taken government organs to court, for using tax money in some perceived support of religion. Notable examples include the case about the Ten Commandments being in the Supreme Court’s chambers and cases about churches using government-owned facilities for their weekly services. More recently, Obama has used it to prevent military chaplains from ministering to the troops who are supposed to be under their care.

About Common Core Curriculum and Islam

Ever since Obama was elected the first time, he’s been promoting Islam from the pulpit of the presidency. This has accelerated during his second term, with him blatantly supporting Islam and attacking Christianity every chance he gets. A prime example of this is the Common Core Curriculum.

Anyone who believes that Common Core is about educating our children in academics has obviously been drinking too much of Obama’s cool-aid. It would be charitable to say that Common Core is mediocre in presenting basic academic subjects and anyone who has seen any of the rants about Common Core mathematics on the Internet will understand why I say that’s charitable.

But while Common Core is doing such a poor job of educating our kids in the academic subjects they need, it is doing a great job in indoctrinating them in liberal ideology. The authors (and I use that term very loosely) of it have spun everything from the alphabet to history to match the liberal talking points.

One of the major ways they’ve done this is to teach our children about Islam. That’s right, the same people who are saying that it’s against the Constitution to pray in school or even mention the word “God” are urging our children to dress in hijabi and obey to Allah, as part of their “cultural awareness” education.

In a recent investigative report, it was revealed that Obama’s State Department has given a whopping 770 million dollars to Muslim countries, specifically for the purpose of repairing mosques. The idea is hidden as a “good-will effort” towards those countries, with the idea of making them more favorably disposed to the U.S.A. 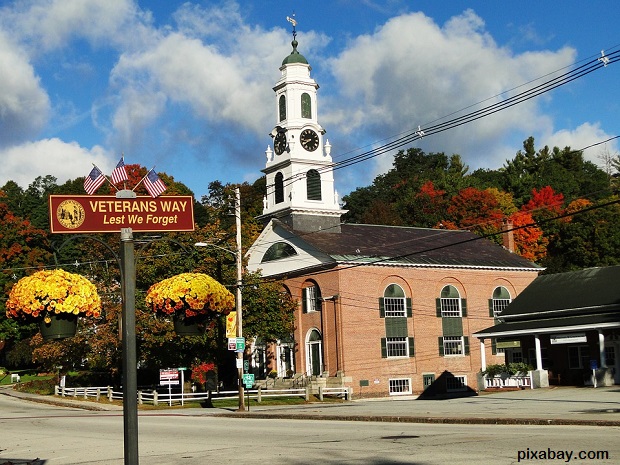 Of course, that’s assuming that it’s possible to make them more favorably disposed towards us, something which I seriously doubt. You see, even from long before Islam arrived on the scene, part of the Middle Eastern culture has been that they respect strength, and not much else. Much like with the American Indians, strength is honored because of the difficulty of their lives. A man who is not strong is not worth anything, because he cannot survive.

Considering Obama’s history of lying, and his hatred for the United States, I seriously doubt that he is actually trying to make the United States look good to Muslims. Besides, they are bent on world conquest, hating the United States as “the Great Satan” because we are stronger than they are and stand in the way of their conquest.

In reality, what Obama is doing is supporting Islam as a religion. Of course, to do that, you have to support it as a political entity as well.

If so, that’s clearly treason, aiding and abetting the enemy. But even if that isn’t happening, the mere fact of paying money to restore mosques is a clear breach of the Constitution. Why is nobody screaming about this and why is he not being charged with this crime?

The Quran is clear on a number of issues, including loyalty and government. According to it, Muslims may have only one loyalty, to Muhammad and to the Quran. They are not allowed to submit to any other authority, whether spiritual or secular. In other words, radical Muslims do not accept out laws or submit to them, even if they live here in our country. Those radicals who are here, just as those in Europe, are bent on conquest, working to fulfill their prophet’s plan and create a worldwide Islamic caliphate. They are enemies of the United States.

We did not make them our enemies, they chose that of their own free will. Bribing them, by rebuilding their mosques won’t change that. In their minds, their hate is based upon their holy book, so they must maintain it. Failure to do so would be sin in their minds; a sin which they would end up dying for.

So Why Would They Change?

No, rebuilding mosques isn’t an answer and if Obama and Kerry truly think it is, they don’t understand Islam. They are either listening to a lie or they are trying to sell one; but either way, there is a lie that is being propagated. Just like there is the lie about Islam being a religion of peace. Three-quarters of a billion dollars isn’t going to change that.

As best I know, our government has never used tax dollars to rebuilt a church, cathedral or synagogue. To do so would be a clear violation of constitutional principles. So, if that’s the case, why should Obama get away with using tax dollars to rebuild a mosque? I would not be in agreement with the government paying for the restoration of a church, even though I am a Christian. Why should I accept our government paying to restore not only one mosque, but many.

As a Constitutional American, I take the stand that our government should not be supporting any religion, but should treat all of them equally, keeping their hands off. That fits the wording and intent of the Founding Fathers, when they drafted the Constitution. Nothing else is acceptable.

If you want to know how the war on religion could affect you and your family and ways to start preparing and protecting them NOW, click on the banner below.