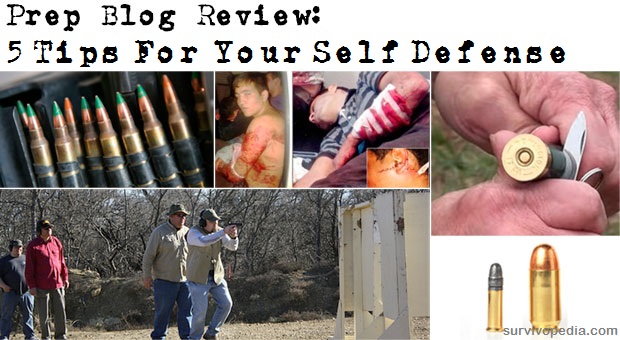 Prep Blog Review: 5 Tips For Your Self Defense

When SHTF there’s little if no time left to prepare your gear and yourself for anything this may bring. From looters to any other kind of criminal, you will have to be ready to face them and protect yourself and yours.

That’s why this week we gathered five articles on this topic that will start you thinking at this and prepping your defense. Don’t be shy to use the comments section below to let us know how you plan to defend when SHTF!

1. Can You Guess Which Firearm Calibers Are the Most Popular? 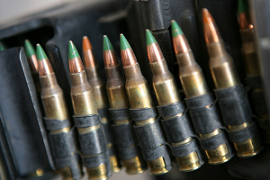 “I’m sure many of you remember why there were so many guns sold between 2008 and 2014. Between Obama’s reelection and the threats of confiscation after Sandy Hook, there was a genuine fear for our right to bear arms. Even now, that fear wouldn’t be unwarranted.

But back then it almost seemed like a panic. Guns were flying off the shelves and so much ammo was being sold that the police were having trouble maintaining their regular supplies.” 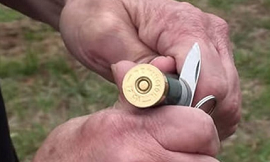 “This is a nice trick to know when SHTF (low ammunition) or in an “I really need a slug right now, but I don’t have one” situation.

Necessity is the mother of invention. Cut shells used to be legal ammo for deer in most states, and during the last great depression, it was the only ammo available to many deer hunters. It worked well with paper hulls back then, but even better with modern plastic hulls, using factory made rounds. Reloads may not have enough crimp grip to hold the slug together.”

3. Self Defense Against Home Invaders 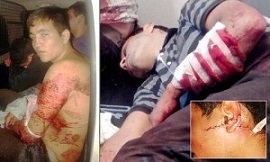 “Something that every prepper should be concerned about is self-defense.  Everyday it seems we read about home invasion robberies. In times of economic or other troubles, these could become even more common.  If you can legally own a firearm and are trained in their use, firearms are always your best choice for self defense.

However, there are many people who for one reason or another cannot legally own firearms. This always puts them at somewhat of a disadvantage when it comes to self defense. I recently came across this news article. Four Burglars With Pistols Went Up Against One Homeowner With a Samurai Sword.   ”

4. A Comparison of the .22 Caliber Handgun vs. the 9mm for Beginners 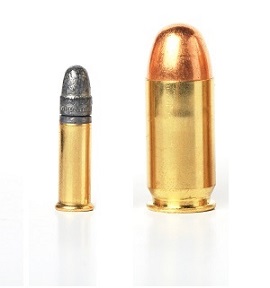 “Picking up shooting as a beginner can be highly intimidating. In addition to learning gun lingo and actually figuring out how to shoot the right way, there is the concern of finding the right gun and the right caliber.

As a beginner, you definitely don’t want your first handgun to be out of your league. You need a model that is easy to use and learn with.

For men and women both, selecting your first handgun can be extremely tough without some guidance.” 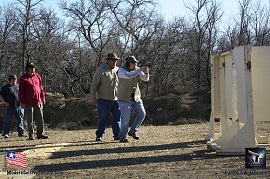 “There are tons of shooting drills out there, some good, some bad, and some stupid. I really only think there should be two categories; Good and Stupid. Shooting drills need to focus on learning a skill. That skill needs to focus on things you want to learn or have an applicable situation towards what you are training for.

For me in the self defense world it’s an easy test. Does this drill help me with a skill that will make me more likely to survive a gunfight? That’s it. All the drills that have skills outside of that realm, I don’t much care about. I also like a balance of safety.”

Read more on Modern Self Protection.