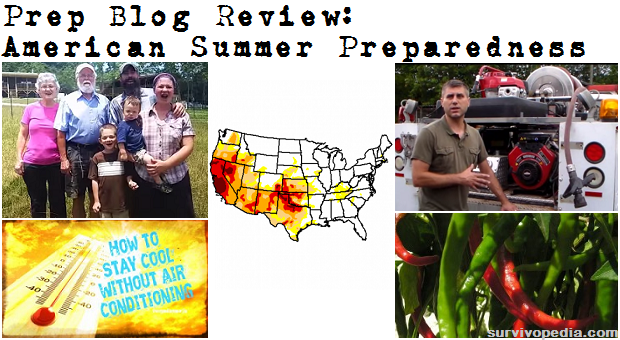 Each season brings its own challenges and summer sure isn’t easy on us, with temperatures soaring and wildfires, tornadoes and hurricanes wreaking havoc, while still having to tend on our gardens.

So this week we made a round up of the best articles and videos on how we, the American preppers, deal with summer challenges, without overlooking a little seasonal gardening. 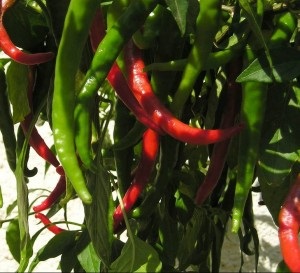 “When people think about “living off the land” or “growing all their own food,” they usually think about growing plants like grains or potatoes.

Maybe they imagine keeping some cattle, or perhaps planting a rolling pecan plantation.

I’m sure cayenne peppers rarely make anyone’s list. Even the beloved jalapeno is lucky to make the survival gardener’s notebook.”

Read more on The Prepper Project.

“An American Homestead is about 2 families that left the city for a more simple off-grid life in the mountains of the American Ozarks. Subscribe to see just how they are getting by each week and join them in this adventure.”

3. Around Half the States in the Country are Now Experiencing Drought 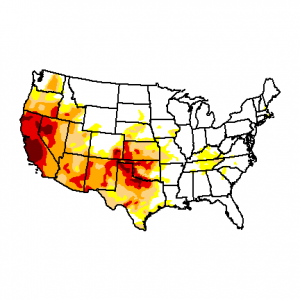 “We hear much about the drought conditions that continue to affect California, but that’s not the only state that’s suffering from an ongoing lack of rain.

Almost half the states in the country are experiencing drought conditions, and dust storms akin to those in the 1930′s are becoming a more frequent occurrence in some areas.

Oklahoma is baked dry. In the course of the most arid years, each acre of farmland can lose up to 70 tons of soil and then, wherever the dust is dumped, it can smother the crops it lands on.”

4. Homemade Fire Truck for the Prepper

5. The Heat Is On: How to Stay Cool Without Air Conditioning

All across the country, the mercury is climbing…and staying there, way up at the top of the thermometer.

But running an air conditioner at full blast to combat the heat can be very expensive, and for those of us on a budget, the resulting bill can be crippling.

So what is a family with no air conditioning to do?”

Please let us know how you deal with the summer or just drop a line to say hello in the comments section bellow.