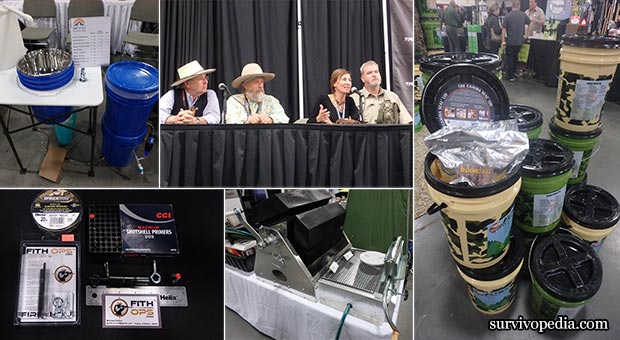 The survival market is changing. It has come a long way since the days that it could barely support a couple of magazines and the occasional book.

Now it seems like TV series every time I turn around, which is remarkable to many of us who have been survivalists for twenty, thirty, forty years or more, because aspects of survival are being accepted as mainstream for the first time in our lives.

This is what the last PrepperCon show was about, it was an opportunity to show off solutions for a changing market.

For a couple of days, survival experts and gear providers gathered in Utah, for one of the main preparedness and survival expos in US. I’ve been there, and now I’m sharing with you the highlights.

This year, I was interviewed by a major media outlet from NYC and the NY Times is writing an article about PrepperFash, the fashion portion of the expo.

I certainly never thought I would see the day either of those events would happen, but the survival market seem to attract more moderates concerned with the inevitability of climate change. You don’t have to be conservative or liberal to understand that as our world grows more complicated, it also grows more fragile or to understand that being prepared for emergencies is a responsible precaution.

This level of growth in the survival has made it possible for many more of us to make a living in the field we are passionate about, brought about survival expositions like PrepperCon and has made possible much more specific, detailed and well thought out survival solutions than existed in years past.

Here are a few highlights to help your prepping.

The owner of the company is a supply chain logistics genius who supplies hospitals with medical supplies. This enables Survival Medical to sell hospital quality supplies packaged for long-term storage cheaper than you can buy the individual components. 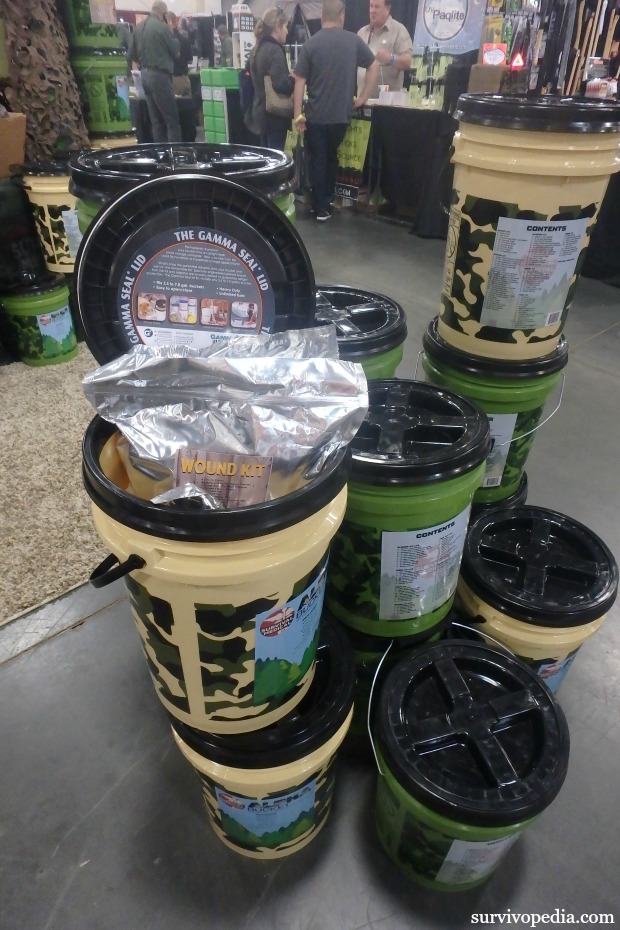 You may have noticed a perimeter trip alarm in my article about booby traps that you can slide the base of any number of 12-gauge shotgun shells into. That type of contraption is not without its uses, but it is heavy and shells or even just shell bases are bulky.

The upside is the ability to fire flares, blanks or less-lethal munitions such as OC (Pepper Gas) cartridges and FithOps has a model of that type of perimeter trip alarm coming soon.

What the owner of FithOps has done is that he has dramatically reduced size and weight of the device by creating a trip alarm that fires only the 209 shotgun primer as opposed to an entire shotgun shell base. That’s all I use most of the time, so I was glad to find this product.

What this means is that the device takes up very little space and weight in your pack, enabling you to do the same job with a lot less equipment or carry more of them and deploy a lot more alarms. The body is only about .5″ diameter and just under 3″ in length making it a little fatter than a .410 shotgun shell and since it is machined from aluminum, it is very light and the 209 shotgun shell primers it fires are tiny but are plenty loud.

You could create a perimeter with just two of the devices, but I recommend J-hooking your trails in and out of camp and setting up a couple more or maybe even mix in model or two that uses shotgun shell bases to add flexibility, but that would depend on what you are trying to accomplish.

At just $25 each, they are a great value and I know from personal experience that this type of alarm is very effective. I have set up many a trip trap for students and buddies over the years and have yet to ever have anybody find one before tripping it. Just make sure they don’t have a heart condition, because they can really get the old ticker thumping on excitable types. And yes, the owner claims they work on bears and tweakers alike. 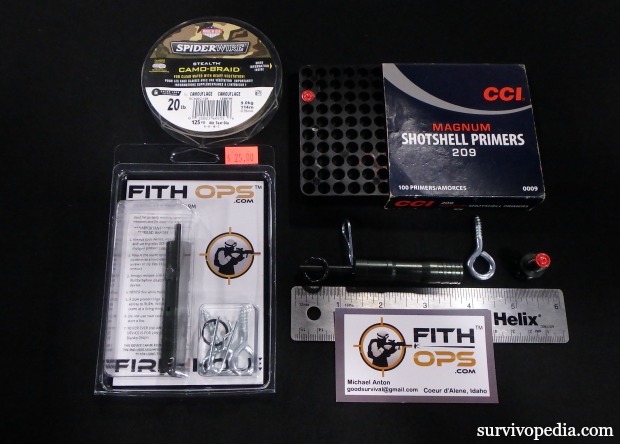 Anyone who has been into emergency preparedness for a long time knows that you need pretty much the same stuff to survive a great variety of threats. A simple solution for many of our basic needs is vehicle-portable camping gear.

Deluxe Camping has taken functionality and efficiency of many basic needs of camping to the next level. The owner was a primitive skills student of Larry Dean Olsen so he understands the fundamentals of camping at a level which most folks do not and this enabled him to innovate some 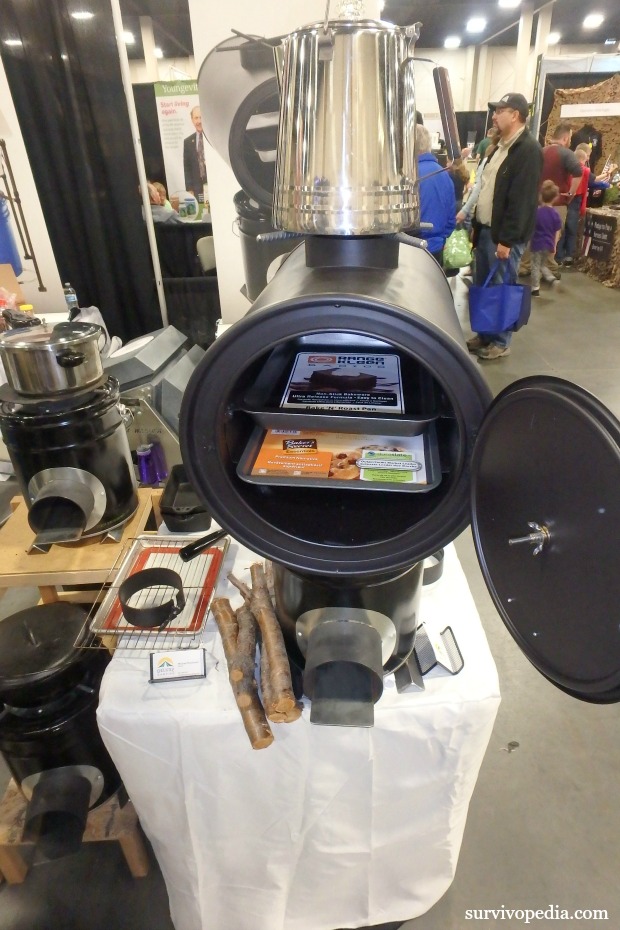 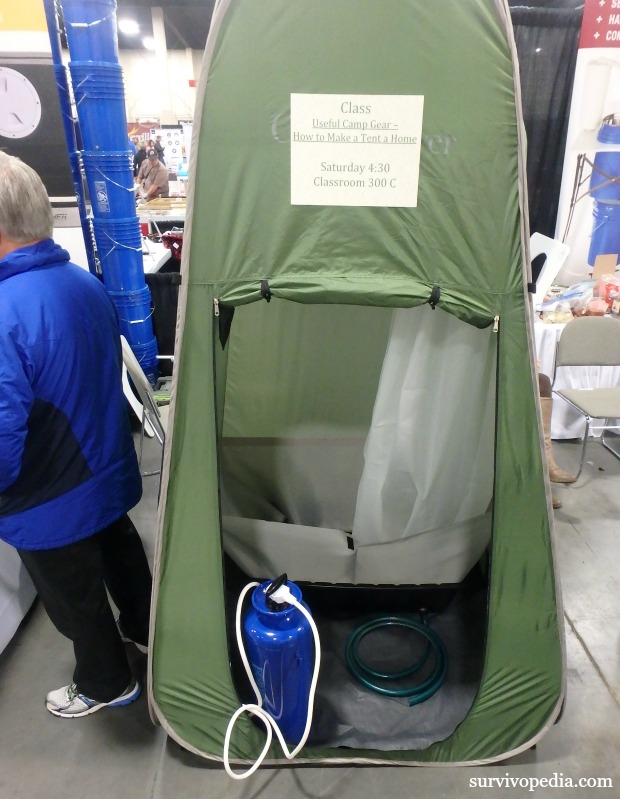 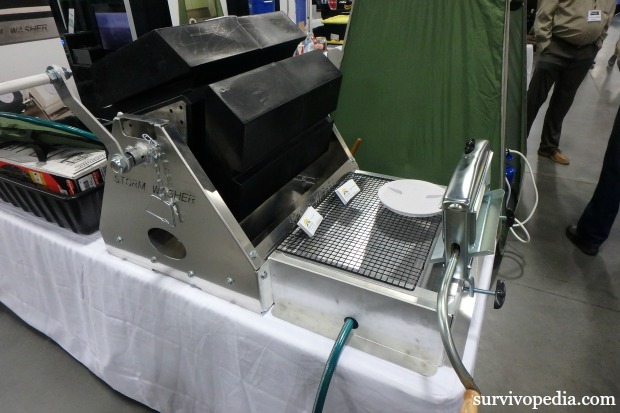 The Celebrity Panel gave attendees the incredible opportunity to ask questions to Dave Wescott, David Holladay, Dr. Nicole Apelian and Alan Kay regarding the relevance of primitive survival skills in our modern world. 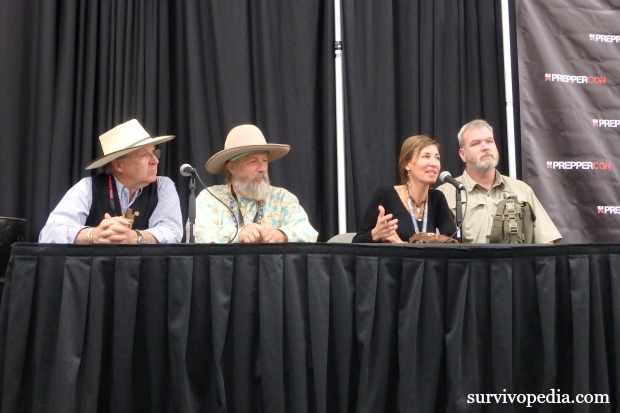 One of the topics that came up was the laws governing use of our public lands and resources and how we can practice primitive without running afoul of the law. For instance, Alan Kay pointed out that in many states it is illegal to harvest road kill.

The answers boiled down to the fact that life is an act of consumption.

You can’t preserve it, you can conserve it. Leave no trace is a physical impossibility, we need to consume to be alive.

Everything comes from somewhere, but unfortunately “leave no trace” is the guiding ethic determining how most of our public lands are used.

The primitive skills veteran advocated “technique over tech” and that “camping badly in any mode is bad.”

David Holladay said that he loves the story of Robin Hood where the king owned all the deer but the people fed themselves anyway.

There is going to be a day when it is illegal to eat or be a human being.

He and explained how one of our neighbors to the South sprayed defoliants on people’s gardens because they were worried that they might contain an insect that could damage the monocultured crops of giant corporate farms and how Mexico passed a law declaring it illegal to be Yaqui.

Members of the Native American tribe were forced to abandon their religion and their culture or move to Arizona. He said: “Live long enough to apologize to the judge, in a survival situation.”

Dr. Nicole Apelian noted that in some states it even is illegal to catch rainwater or highly regulated.

The sick irony is that it is often illegal to feed yourself or to shelter yourself without using products made from fossil fuels that came from some land somewhere and will end as trash somewhere else.

The food in backpacking meals and bags they are packed in come from somewhere and so do the bags many areas require you to use to haul out your urine and feces.

Do they really think food comes from the grocery store? Is it OK to leave a carbon footprint as long as it is in someone else’s country? Because that is exactly what we are doing. We are essentially trying to preserve our own lands in glass showcases while we exhaust resources of other nations or land we call farmland.

Everyone would probably agree that we need rules for high traffic areas, but our current laws serve to separate man from nature. This is an unnatural practice. Humans have been part of most land-based ecosystems a lot longer than we have had laws. Rights and property predated law. Law was created to protect them but is now used to legally plunder the very rights and property it was created to protect.

Our forefathers followed this path and survived for centuries. Learn from their knowledge to find your own way to survive!

This article was written by Cache Valley Prepper for Survivopedia.