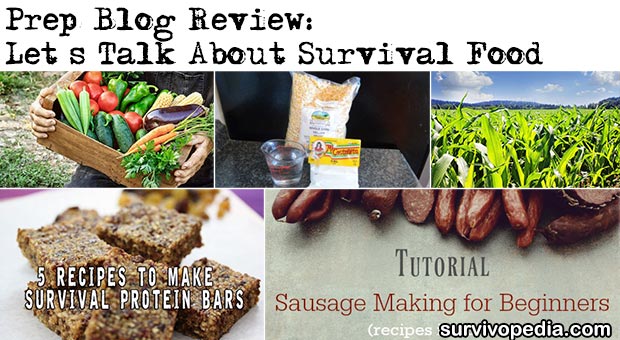 As I remember, survival food was one of the top resolutions for preppers in 2017. From planning your stockpile, to cooking the best survival recipes, food should be a priority for every prepper. And, no matter how many times I’ve talked about food, there is always something interesting to share with you.

So, let’s talk about survival food!

For this week’s Prep Blog Review I’ve gathered 5 useful articles on this topic.

1. One Plan Is Not Enough: 7 Tips to Create a Successful Food Plan 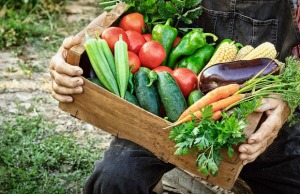 “Every prepper has his/her own food plan for acquisition or storage of food for a crises scenario. Many might be homesteaders who rely heavily on their gardens and animal husbandry skills. Many of us store food either by canning, dehydrating, or stocking up on freeze-dried goods and MREs. Most of us include emergency rations in our bug out bags. Others plan to rely heavily on their ability to fish, hunt, trap, and forage for food.

The various preferences and vast differences in food prep styles are often largely based on what exactly the individual is preparing for. Whether you are planning to be snowed in and without power for the worst winter storm of the century, extensive layoffs, or putting together a militia for an imminent invasion, everyone can agree on one thing: Food must be accounted for. So where do we start? What are the most important things to consider? In this article I cover some of the requirements of creating your master food plan.”

“If you’re growing or foraging your own food for winter storage, there are plenty of options for keeping your family fed in the early days of winter. Many root crops, fruits and greens can keep for a 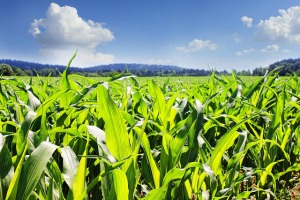 few months cool and out of direct sun, even without a proper root cellar.

As the winter presses on, though, options start to dwindle and there are fewer and fewer choices in dependable home-raised crops that will take you all the way through the hunger gap into the first productive days of late spring and early summer. Nonetheless, humans survived millennia without refrigeration and long-term food shipments, so there’s plenty to get your family by.”

3. A Beginners Guide to Sausage Making 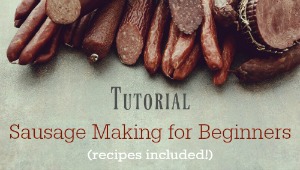 “My grandfather was a large influence on my passion for homesteading. He was an avid gardener, hunter, made his own wine and sausage; and was always generous about sharing.

He made use of the plethora of meat he would get from hunting or deals he found at the grocery store. Once he was loaded up on meat, he would get his meat grinder out and carefully cut his meat for grinding and make some of the best sausage you could ever have. I grew up on his homemade sausage and could never get enough. I am a big believer in sharing family recipes and did so in my book, The Prepper’s Cookbook, so I had to share some of my favorite sausage recipes too.

Sausage making is a great way to use up an abundance of meats in the home freezer. I use an assortment of cheap meats. My grandfather’s secret was using equal amounts of brisket and pork butt.”

4. 5 Recipes to Make Your Own Survival Protein Bars

“Survival protein bars are becoming more and more popular among preppers and survivalist, but you can also find a few of them in any type of survival kit you can think of. These small snacks are 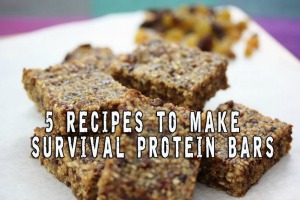 ideal for emergency kits because they help you control hunger, they provide proteins and fats, but they also keep your calorie intake in control.

These survival protein bars contain the right amount of protein and fats to keep you energized after intense activity even in the harshest of environments. There are many brands you can chose from and the flavors vary from chocolate to berries.”

5. Kitchen DIY: How to Nixtimalize Corn 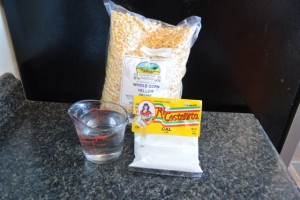 “This project looks deceptively simple, but it is one that I had to try a couple times to get right. I only stuck with it because Nixtamalization is a vital process for people that use corn as a staple food.

This is because the nutrient niacin is unavailable in unprocessed corn, and by cooking dried corn with a strong alkali (nixtamaling it), Niacin becomes available thereby preventing nutrient deficiency diseases like pellagra.”