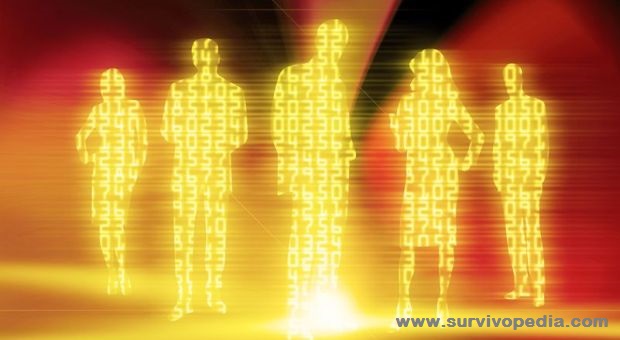 There’s been a lot of talk in the last several months about the NSA spying on American Citizens.

While this is actually nothing new, the revelations of Eric Snowden really brought the reality of how extensively our own government is spying on us home to roost.

People are outraged, scared, nervous, sickened and worried all that the same time. As we still don’t really know the extent of the NSA’s spying operations, we don’t’ know how much danger they have put us all in.

While there is plenty of reason to be concerned about the NSA’s spying operations, they aren’t the only one spying on us. In fact, much of what the NSA is spending billions of dollars doing is replicated on a daily basis by commercial businesses.

Major retailers spend a fortune on “data mining” our lives, so that they can sell us products. Probably the biggest data miner and seller of this information is Google.

We all know Google as the world’s largest search engine company; but that really only covers the tip of the iceberg of what this enormous company does. While Google is helping us find the websites we want to connect to, it is keeping track of our internet activity. They know every search we make, every site we visit, and quite possibly every online purchase we make as well.

Anyone who wants to can find out an amazing amount of information about you and I, simply be doing a search for us online. Remember that remark you made on someone’s YouTube video? Google has it referenced. How about the response to a blog post you read? Well, they know about it as well. Google knows all your personal information and makes most of it available to the public.

We all know about Google maps and how it shows homes. While it may not seem all that important, that information might also show the types of cars you drive or even show members of your family walking in front of your home. There was even a case of Google maps showing a murder, just because of the timing of the event.

I don’t know about you, but to me, that’s just about as frightening as the government knowing what I’m doing. While I don’t really trust the government to operate in our best interest, I know for a fact that there are many others out there, who merely look at my life as source to steal from.

It’s actually much worse than just simple identity theft. With the permanent nature of the Internet record, anything you or I have done is recorded and made available to people forever. Indiscretions of our youth can and will follow us for all the days of our lives.

Oh, it might not affect the older amongst us all that much, as most of their lives aren’t recorded in Google’s database, but it will make a huge difference in the lives of our children, especially those who have been born since the Internet became such a raving success.

This could be enough to ruin lives. A simple article about how someone broke the law or had an affair while in college will follow them all their lives. They will never be able to escape from that reality, as it will be made immediately available to anyone who wants to know.

This could potentially ruin lives, with people unable to find meaningful employment due to something that happened years in the past.

A man in Spain was faced with this very problem, years after the event and even after he’d paid for his crime in jail. Yet, upon release, he struggled to put his life back together, due to his crime being dredged up once again by the news. In his case, he was able to win in court, requiring the newspaper company to expunge the article from their records.

A recent European Union court ruling requires Google and other online companies to delete records if the subject of those records so requests. That’s actually a major breakthrough for personal privacy, as it gives people a tool to use to control who knows what about their lives.

Of course, European privacy laws are much stricter than American ones; so we may never see the same type of protection offered here as what they have over there.

Our best protection is to be careful about what we ourselves post online. Comments made on blogs, tweets on Twitter and posts on Facebook could all be clues to those who want to do us harm. It doesn’t matter if it is government investigators or those who practice identity theft, all those millions of details can provide people with clues into our lives, that we’d rather not let them know.

The outcry against the NSA is legitimate; but I don’t think it should stop there. While many people enjoy having access to everyone’s information online, such information should not be given out easily.

The individual’s privacy has to be considered. They are ultimately the ones who can decide what of their information should be made public and what they keep private, anything else is a direct violation of their privacy, something that our laws have supposedly protected for years.