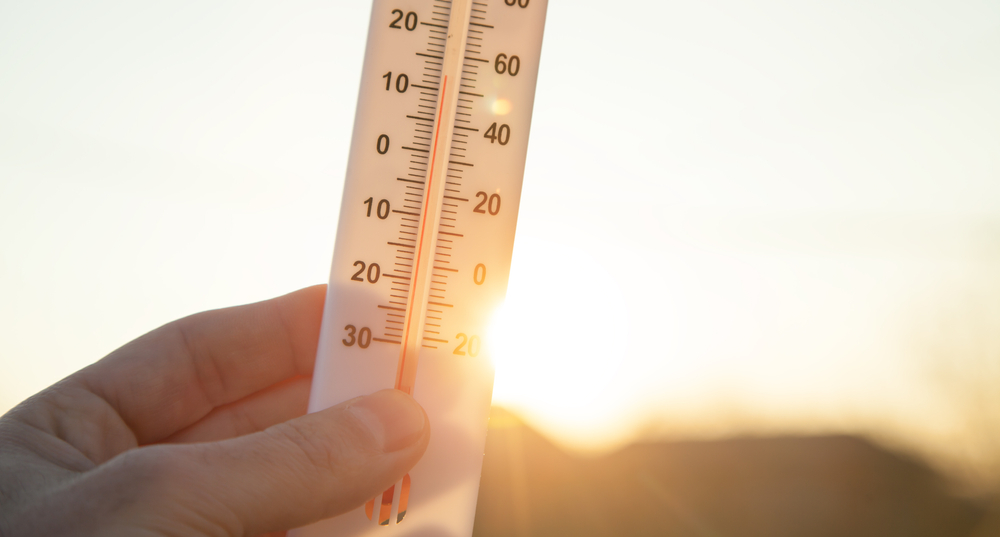 We’re all aware of the high inflation going on, as prices for everything we need soar, especially fuel prices. Those fuel prices are probably going to keep going up, as well as rolling over into affecting our home heating and cooling costs. The residents of at least two states have been informed to expect rolling blackouts this summer, as electric the electric utilities don’t think they will be able to keep up with demand. We’re looking at a situation where many of us are likely to have trouble keeping our homes cool this summer.

Between prices rising and the potential of energy shortages, we might very well have to look to alternatives to keep us cool this summer. While these methods probably won’t keep you as cool as that air conditioner will, they’ll definitely work to keep you from coming down with hyperthermia. They all work without electricity, meaning that they’ll also work in a survival situation.

Let’s Start with the Basics

But the basic mechanism of how that heat is created remains the same; it comes from the Sun. So, it only makes sense to avoid the Sun, staying in the shade. While it really isn’t any cooler in the shade, it appears to be cooler because the Sun is not striking our bodies.

If you have to go out in the Sun, wear clothing that will reflect as much sunlight as possible rather than absorb it. That means going for lighter colors rather than dark ones. If there is anything you can do to take portable shade with you, such as wearing a hat with a wide brim or using an umbrella, be sure to do so.

The other thing that’s important for natural cooling is wind or at least a breeze. This doesn’t so much cooler, as it removes the “bubble” of warmer, moister air around our bodies, giving our bodies fresh air to warm and for our perspiration to evaporate into.

Remember that your home will trap both cooler air and warmer air inside. During the early part of the day, it will probably be cooler outside than it is inside. Then as the house warms up, it will be cooler outside, especially if there is a breeze blowing. It will stay cooler outside into the evening when the house cools down again.

Evaporative Cooling for the Window

Any sort of evaporative cooling depends on the concept that evaporation cools. It does that because water has to absorb 540 calories of energy to evaporate at 100°C. While even the hottest parts of the country won’t come anywhere close to that temperature, the basic idea that water has to absorb a lot of energy, specifically heat energy, is what we’re after.

An evaporative cooler, often referred to as a “swamp cooler,” cools by causing air to pass over a wet mat, to which a constant supply of water is applied, allowing it to evaporate off. The evaporating water cools the mat, which in turn cools the air.

We can do something similar by hanging a piece of wet cloth over an open window. The cloth needs to be something fairly open, like burlap, so that it will allow air to pass through. We’re also going to need to take that cloth down every little bit and soak it in the water again, but as long as we do that and we have a nice breeze blowing through the window, it will go a long way towards cooling the room.

Evaporative/Frozen Cooling You Can Wear

The same idea of evaporative cooling can be used directly on our bodies. You’ve probably soaked down your shirt at some time to help cool you off, if not as an adult, then as a kid. But is there a way of doing that which might be a bit more acceptable for adults to do?

There’s a product available in the garden center called “Water Storing Crystals.” This is a crystalized form of the chemical polyacrylamide, which readily absorbs up to 800 times its weight in water. Take one teaspoon of this and sew it into the center 15” of a fabric tube 2” in diameter and 36” long, sewing across the tube to cut off the ends. This makes an excellent “cool collar.”

Put the collar in water, allowing it time to soak up the water. This can then be tied around the neck, allowing the water to evaporate. As it evaporates, it will cool, drawing heat out of the body.

To take this idea one step further, split the polyacrylamide into several compartments in the fabric tube by the simple expedient of sewing across the tube every two to three inches. Take care not to put too many of the crystals in each compartment. Then, after the crystals have had time to soak up the water, put the collar in a freezer, allowing it to freeze. That will allow you to start out with the collar even colder, making it even more effective.

Taking this idea a step further, a vest can be made with various sewn-in pockets that hold polyacrylamide. This increases the amount of total cooling available, which is especially important on days when you have to work outside.

Another interesting principle that helps with cooling is what happens to gases when they pass through an orifice. This is the principle that air conditioners work under. The cooling gas, universally referred to as “freon,” regardless of the actual gas used, is compressed by the compressor and then passes to the expansion valve, where there is a very narrow orifice for the gas to pass through. Pressurizing that gas heats it up, but as it expands rapidly after passing through the orifice, it cools much more than it was heated. This cold gas then passes through an evaporator, where it absorbs heat out of the air, thereby cooling it.

What makes an air conditioner use so much electricity is primarily the compressor, which has an electric motor in it that works hard, compressing the freon. There are usually two other motors, one connected to a fan that cools the gas passing through the condenser and the other running a blower to help the cool air go into the home. If we could use that same principle of expanding gas to cool air without electricity, we could use it anytime, even when the electricity is down.

This idea was developed into a workable device by an inventor in Bangladesh, using something as simple and abundant as 2-liter soda bottles for the orifice. Other than the bottles, the only other material that is needed is a piece of cardboard, think plywood or plastic, that fits into a window opening. Ideally, you want as large a window opening as possible on the upwind side of the house, even if that means taking the glass out to get it.

With the holes drilled in the caps and the board, insert the bottle funnels through the holes, all from the same side, attaching them in place with the bottle caps, snugging the caps down well. If the funnels from the bottles are touching, attach them to each other by stapling them or using pieces of tape. This will provide extra stability for the overall cooler, helping to keep the bottles from being destroyed by the wind.

Place the completed unit in the window opening, with the bottle funnels facing outwards. Wind coming towards the house will be compressed as it passes through the funnel and the small opening in the cap. Then, as it comes out of the other side of the bottle cap, it will expand quickly, cooling it. You can expect the air temperature coming out of this window unit to be five degrees lower than the ambient air temperature of the air going into it. 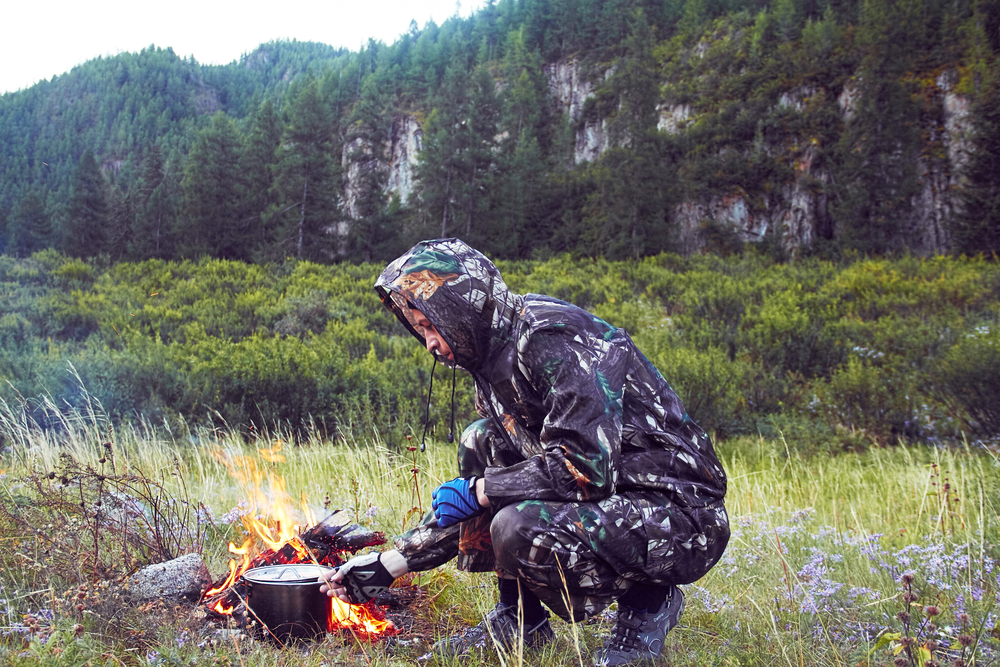 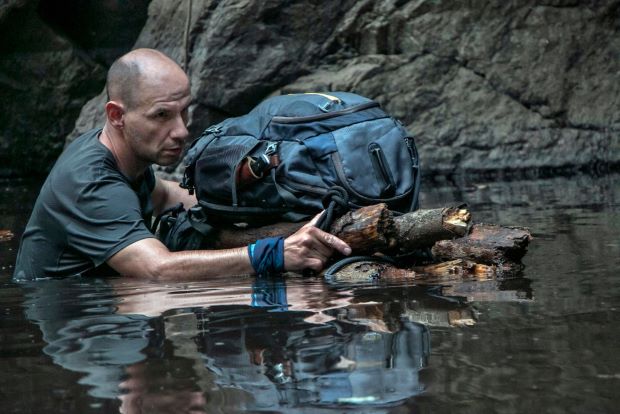