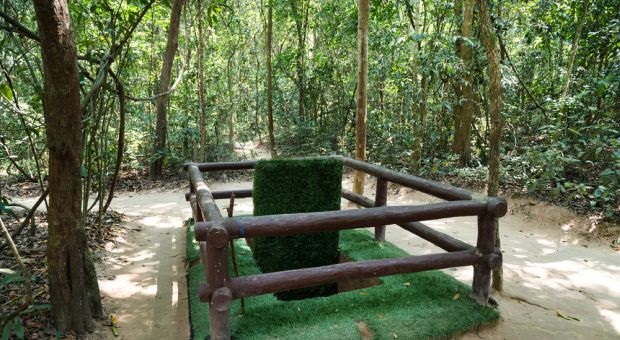 Improvised Weapons You Must Look Out For When SHTF

Today’s article is aimed at doomers, and by doomers I refer to those folks who believe that our uber high tech society is prone to collapse at any given moment for various reasons.

Ranging from an EMP attack courtesy of our more-or-less sworn enemies (North Korea, China, Russia) to a natural disaster, like Tunguska or that catastrophic solar flare/solar storm from 1859, also known as the Carrington event, which hit the Earth and disrupted the telegraph system.

Back in the day, technology was quasi-inexistent, but if such an event would took place today, we would be basically thrown back in the 18th century. Basically, with all the perks deriving from such a leap back in time, the likes of no electricity, no running water, no modern navigation systems such as GPS, no industry, no communication (no internet) and so on and so forth.

So, today’s article is aimed at giving you some suggestions about improvised weapons to look out for when (not if) SHTF. Because if society falls, your stash of ammo will not last forever, and if you ask me, Darwin was right in regard to evolution principles: it’s not necessarily the strongest who will survive (a societal collapse), but the best adapted.

In this particular case, I would bet on the survival of those who are capable of turning everyday junk into a deadly weapon, whether for defense or offense. To give you a quick hint about how efficient “scrap yard technology” can be, 11 percent of deaths and 15 percent of casualties during our war with Vietcong (the Vietnam war for millennials) were caused by traps/booby traps, and similar sneaky methods.

The lesson to be learned from America’s wars abroad with technologically inferior enemies (read Afghanistan for a more recent example) is that it doesn’t really matter if you’re equipped with the best gear and have the best training, if you’re confronted with a cunning enemy who knows how to exploit the advantages of the terrain and is well versed in guerilla warfare tactics.

Hence, since I’ve mentioned the Vietnam war and Vietcong’s booby traps, let’s begin today’s article with some of the best ideas for booby traps that may be used to protect your property, including your home, in case of a SHTF event or who knows what.

To keep it simple, a booby trap can be described as a rig or device of sorts designed to threaten, harm or even kill an intruder/an enemy with the element of surprise, which in most cases is triggered by the victim. The most popular (because it’s hugely effective) booby trap is the trip wire, i.e. a cord or a wire stretched closed to the ground, which is attached to an alarm or an explosive device, thus preventing/deterring the enemy from entering one’s property/a designated area. This is arguably the most effective yet very basic type of booby trap one can make.

And here’s another idea for DIY-ing a trip wire home defense noise maker booby trap alarm, which is the ideal project for perimeter protection. However, be advised that if you’re contemplating building a “lethal” or potentially lethal booby trap to protect your property and you end up hurting somebody with that device (regardless of his/hers rap-sheet), you may end up in prison, as the US law specifically prohibits anyone to build a booby trap intended to harm a person. Period. End of story. So, stick to DIY home security alarm booby traps, at least for now.

Booby traps aside, let’s see about other potentially deadly DIY weapons you should never build, using common household items. I am not kidding, really, because these gizmos are pretty edgy, as in semi dangerous DIY projects.

The general rule of thumb when it comes to things to never DIY with regard to home protection is that if they involve match heads, a pipe and gasoline, it’s not kosher. However, some ideas are pretty cool, at least when it comes to creativity and effectiveness in a zombie-apocalypse scenario, so stick with me.

Enter the squirt gun flame-thrower. I bet you never thought of your kids’ squirt guns as potentially lethal weapons to be used when your ammo is low and you have to protect your keep by all means necessary. However, as far as edgy ideas go, this one ranks high in the best-ever category. Yes, squirt-gun flame-throwers sound (and are) very dangerous, but that’s the point of building weapons for SHTF scenarios.

The general idea is to fill a top notch squirt gun (like a Super-Soaker) with gasoline (high octane preferably, alcohol over 100 proof would work too), and then turn it into a flame thrower. Use your imagination for further “modding” of your DIY flamethrower.

Another potentially awesome project for building an improvised weapon is the bleach bomb. What’s a bleach bomb good for?

Well, imagine a situation when there are intruders inside your home, and you’ll have to create a diversion in order to be able to escape, or something along these lines. Say, they’re downstairs in the hall-room and you’re upstairs with the bleach bomb, you throw it down at the “enemy” and thus create a cloud of poisonous gas to knock them out cold.

The trick is to mix hydrochloric acid with sodium hypochlorite for an effective bleach-bomb, i.e. drain cleaner with bleach. When mixed, a spontaneous chemical reaction takes place and chlorine gas is produced, together with unreacted hydrochloric acid. Chlorine gas was used in WW1 and WW2, it’s very poisonous and even minute amounts of the stuff are very bad for one’s general well being, especially in closed spaces.

Also, hydrochloric acid burns basically everything, hence it makes for an awesome defensive or offensive weapon. How to make a bleach bomb? Nota bene: this is pretty dangerous, so be extra careful with your “toys”, okay?

For more ideas on cold weapons, check out an older article by yours truly about DIY self-defense weapons, about knives, bows and arrows and slingshots. One final word of advice: when using cold-weapons (or any other weapons for that matter), keep in mind that you’re not a ninja or a vigilante and don’t use them against fellow human beings unless it’s absolutely necessary.

Use your best judgment at all times and be prepared for the worst!