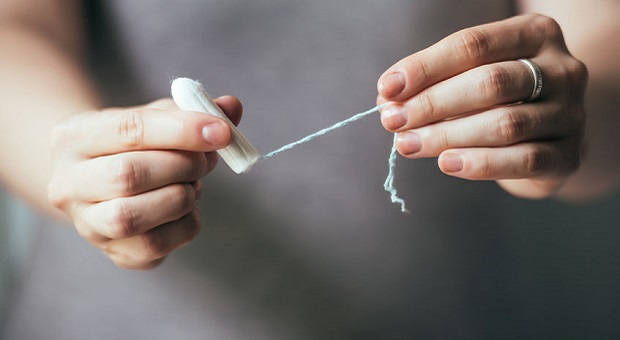 Don’t Be Ashamed To Buy These Items For Survival

Does the thought of buying tampons, pads or condoms make you cringe in embarrassment?

If so, you’re not alone. Most men would rather take a fork to the eye than have to buy any type of women’s hygiene item. Even diapers may be a bit embarrassing for a single guy to tote around in his car.

Still there are a few personal hygiene items that any good prepper should not be ashamed to include in a survival kit.

There are so many survival uses for tampons that I feel like I could write an entire book just on them. They’re intended purpose is to absorb blood and other bodily fluids, so it only makes sense that they should be used for that.

Tampons are great for packing wounds or using as a bandage under tape or gauze wrap. If you spray some nasal spray on them and seal them up in a baggie, they’re good for stopping nosebleeds or bleeding in other small wounds. Sure, walking around with a tampon hanging from your nose may seem odd, but it beats bleeding all over yourself.

Tampons can also be used as a water filter. Leave the plunger extended and place the cotton end into the water source, then just suck through it like a straw. Even better, unwad the cotton and stuff it into the top of a water bottle with the bottom cut off. Drill a hole in the lid and then pour dirty water into the bottle. Turn it til the lid is down and put a clean container underneath of it. The water that drips through will be almost clear. This doesn’t purify the water but it does filter it.

The cotton is a great fire starter and the string makes an excellent impromptu candle wick. Just put it in a dish of oil and leave the end sticking out. Light it and voila!

The string is made of several 4-6 inch strands of twine so you can use it to build a trap or tie up your tarp to protect you from the weather or catch rain water. 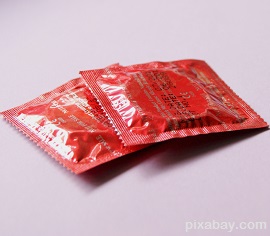 Though you’ll often see these touted as a great way to carry water, they’re really not that good at it for a couple of reasons. First, they stretch to surprisingly large sizes but they’re extremely delicate. You can reinforce them by carrying them filled with water in a sock or lining a backpack with it. Still, they’re delicate. Second, you need to have a pretty good flow of water to fill it up. Just holding it in a slowly running stream won’t do it.

However, there are still many good survival uses for condoms.

A condom is great for storing things that need to stay dry such as tinder. Cotton balls coated in petroleum jelly or some peat moss aren’t going to puncture it. The condom itself is actually really flammable and can be used as a fire starter too.

A few condoms can be used as the bow in a bow drill fire set. Because they’re so elastic, they’re super functional for this task.

Two or three condoms per fork make a pretty decent slingshot, which can be incredibly useful as a weapon to kill small animals or to defend yourself with.

You can always use a condom as an emergency glove if you’re dealing with somebody else’s bodily fluids and you can also protect your gun muzzle from moisture with one.

Because they’re made to be absorbent, diapers are great for dressing wounds. They also have a few other survival functions that you may not have considered.

The gel inside of them is meant to hold liquid. Scientific studies have shown that when this gel is placed in soil, it helps hold water in the soil and increases plant growth. Just be careful because if the soil gets too dry, the gel balls will suck more water out of the soil and do just the opposite of what you want them to do. 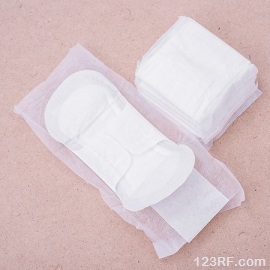 Oh the survival uses this product has. Women hate them for their bulk but that bulk makes them great for other things in the survival world. Obviously, they’re good for dressing wounds but maxi pads are also good for creating an eye patch, using as knee pads in the garden or when you’re crawling through the woods and they also work well as shin guards, should you ever have the need.

The material inside can also be used as a fire starter and the cotton ones can be used as a water filter in a pinch if you tear it apart.

Yes, they’re useful for calming hemorrhoids, but do you know WHY this cream does what it does? It’s an anti-inflammatory. Models and movie stars use it underneath their eyes to get rid of unsightly bags. It’s also useful for a couple of other medical conditions. It eases the sting and swelling of insect bites. It soothes rashes and sores. It’s also good for treating a cold sore. Just make sure that you don’t get it anywhere where you’re going to lick it off. 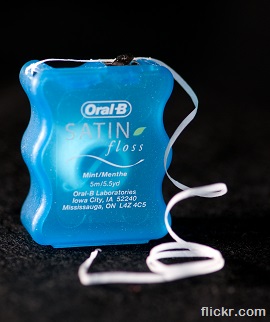 OK, so this one isn’t quite so embarrassing to buy, but it’s still a personal hygiene item that is EXTREMELY useful in a number of ways when it comes to survival. You can use it to make a garrote, you can use it to tie up a tarp, tie your condom shut to keep your tinder dry, or to lash together a splint or a litter to carry somebody on.

You can also use it for sewing and if you have the waxed kind, it’s even good for mending waterproof items such as tarps. Speaking of sewing, dental floss could be used to stitch a wound. You can use dental floss to tie your food up so that animals won’t get it and you can make a trip wire out of it. Or, how about fishing line? That would work, too. These are just a few of the uses right off the top of my head.

As you can see, it may be embarrassing to go into the store and buy many of these items but their usefulness far outweighs personal discomfort. If the clerk gives you a funny look when you’re buying tampons, just say, “What? I’m making candles and fire starters!” That’ll teach her to judge!

Seriously though, there are many used for personal hygiene items and the one huge one that I didn’t touch on yet is that they will be wonderful barter items. When SHTF, people need to feel normal sometimes. That means that they want to be clean, they want to be hygienic and they just want to feel like a human being. If for no other reason than their barter value, I recommend stocking up on this stuff.

Did I miss anything? If so, tell me about it in the comments section below!