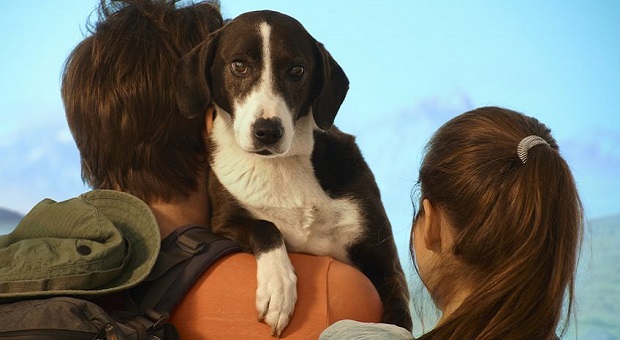 How To Use And Train Dogs For Survival

If you are a serious prepper with comprehensive bug out and survival plans an important question comes up as to whether or not you want, or more specifically do you really need, any animals or even a dog in your retreat environment plans?

In other words should you have one, or would you, and the animal, be better off without each other in the “end of days” breakdown? This seems like a loaded question because almost everybody likes dogs to some extent.

And in normal times, if you can properly care for your pet, there usually aren’t too many issues precluding ownership.

But in a SHTF scenarios and the subsequent hard core survival requirements involved there are extremely critical elements that change the perspective and dynamics of dog ownership quite seriously.

Bad news first. A dog also eats, requires water, creates waste, and makes noise, and takes up space. Sometimes as much as you do, depending upon its size. In an all-out catastrophic long term event, this becomes an unavoidable concern.

And don’t think that you’ll be hunting or trapping all your fresh meat which you’ll share with your dog once you arrive and settle in at your rural BOL. That’s mostly an urban myth unless you’re so deep in critter heavy wilderness/mountains that even God can’t find you and you have an extensive trap line set up and substantial experience.

There’s a series on TV now called “Live Free or Die” and is a mild, orchestrated preview of what to expect if you choose that route, even though the wilderness location of the show is really not that far from civilization.

And what about your actual real time bug out adventure? Hungry dogs are nervous and unpredictable. You have to carry their food and water with you? Do your plans accommodate that? If you are diminutive in stature and deficient in strength to hump an extra-large backpack on foot, did you figure out something else yet, like maybe a small cart the dog could pull or a working dog back pack harness like they have now.

Among other issues, it’s not really a great idea to escape on a bike with your poor dog trying to keep up behind you until his feet start to bleed or he just collapses. In certain really bad scenarios hungry people see your dog as their next meal which they can’t get normally anymore.

They’ll think nothing of ambush sniping him right out from under your nose, and putting a few rounds in your direction to discourage any interference with their dining reservations, hoping you’ll just move on and leave the dog. If you stay and engage in a firefight then you risk your life, and anyone else’s if you have others in your party, and the dog will still be dead.

There are other issues, mainly because it’s unlikely that most people with a dog have it trained well enough to handle all of the complications of a bug out without problems. So all that should get you thinking straight from the start.

As for pros well, truth be told…in a bad bug out survival situation, there’s only two main rationales for having a dog. Possible personal and location security, and/or simple companionship. Especially if you don’t have any human companionship.

So, if you already have a dog, then there’s no real question of whether or not you want or need one in any survival situation. That decision was already made. If Fido is already part of the family, then fine, and that’s that. No dog left behind! But if you really do love your pet, a SHTF catastrophe prompting a serious bug out is a main game changer for both the dog’s and your world.

With that stated, dogs can provide good use and value in several other ways. The main being personal bodyguard protection for you and your family, especially your children. I never could understand how financially well off people with young children and a big home don’t have at least one protection dog, yet they have all kinds of expensive health and life insurance protection?

There are other ancillary uses in a survival scenario like hunting/retrieving game if you are in a wilderness area and have inexhaustible game resources, or shepherd duty over your own food animals you are raising.

I know a family who trained their canine on command to sniff and search for any member of the family who might wander off too far out of sight for more than five minutes on their land. First the dog barks three times to warn anybody else nearby that a member of the family is missing, then on command it will ‘bloodhound’ through the forest to track and find the out of sight family member.

A question comes up in these discussions about whether or not a dog’s natural protection instinct is good enough for BOL perimeter security?

Based on years of private security contracting specializing in such, and I don’t mean just installing burglar alarms, and knowing a lot about how sentry/guard/security dogs are deployed, my personal professional opinion answer is a simple NO. They must be specially trained.

Your pet might be a good barker, and even little dogs are often decent anti-home break in alerts. This is because most dogs have a domestic pack instinct and naturally protect their “inner circle” or “den”’ which now includes their human family.

But this is not the same as the more complicated problems of having to worry about a concentrated well-armed attack on your BOL retreat if discovered by desperately savage groups, who aren’t really that afraid of a dog in the larger scheme of things or the police ever responding to interfere with their attack assault on your property so they will try to kill the dog first, and then come after the humans next.

Today, the days of having guard dogs or attack sentry dogs loose in an enclosed chain link fence to deter entry and protect property is becoming obsolete due to litigation liability issues and alternate improvements in security alarms and anti-intrusion systems which will soon be including autonomous robots and even tactical defense drones.

Especially as the cost effectiveness factor gets involved and robots become cheaper than dogs, and even humans. Dogs will always have a purpose but more specifically mission tuned to hunting down people and searching while always being in control of handlers. Which is not a main issue in defending your castle.

As you saw in the video of the White House intruder getting attacked by the patrol dog, he gave it a couple fast and serious karate kicks and body slams and wasn’t even fazed, until the K-9 security officers took him out the hard way.

Video first seen on TomoNews US.

In another instance, an ex- military combat vet tried to get into the White House and actually avoided the dogs by sneaking through heavy landscape bushes and only an electronic security breach signal ONCE HE WAS INSIDE THE WHITE HOUSE, alerted the Secret Service guards who intercepted him!

In other words, instead of a dog for your serious perimeter security in a BOL compound, the reality is that you are better off with mechanical/physical barrier or electronic perimeter anti-intrusion security combined with alarm sensors and other alert devices, if you really want to protect yourself better.

And don’t start with me about “alarm systems can be deactivated too?”. Not the ones I use. They are something called “max perimeter default systems”. Even if they get through, which is highly unlikely, I will still be alerted with time to spare for the…relatively easy target practice session, or a tactical fall back if necessary. With my dog!

And you don’t have to worry about losing your “best friend” to some psychos who will stop at nothing–until you can unload a face full of double-ought buckshot from a 31/2 inch 12 Ga. magnum on them at close range.

The hard reality is that the best decision if you had to choose between a dedicated perimeter protection system and guard dogs, you would be better off doing the mechanical/electronic anti-intrusion system for all pragmatic consequences and expenses.

Having said that, a good PROPERLY trained dog for perimeter security is way, way, better than nothing. AND, some serious preppers opt for a combination of both a physical anti-intrusion barrier, and a dog. 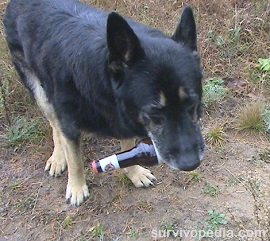 One of the big differences in normal training is that due to the intense differences in security mode in a bad SHTF combat firefight perimeter intrusion scenario which could rattle even the best of dogs, the tactical need exists to absolutely CONTROL the dog to command signals instantly, and completely, in any situation or distraction.

If the dog is trained for attack on command, they MUST be trained to ‘shut off’ completely on command. If you want a barking alert based on what the dog smells or hears in the distance, the dog must be trained to also stop barking and remain quiet upon direct command because you can’t have continuous noise giving away your exact location for roving predator intruders to home in on.

And if you are falling back for cover or counter attack positioning then the dog must instantly follow you, and not his instincts, if that’s the command. This is an often overlooked but important tactical necessity in combat situations.

The best way to start BOL survival training is to train your dog to be a personal protection dog. Check out this video to see what it really takes to do this right, and whether or not you want or are able to make the commitment.

As you saw in this video, it doesn’t get much better than that unless you also teach your canine bodyguard how to CYA in a firefight by tossing a couple frags or smoke bombs to cover your flanking tactics.

And at the end of a hard day of training, make sure you always reward your best friend and sit down, relax and have a cool one together.

This article was written by Mahatma Muhjesbude for Survivopedia.