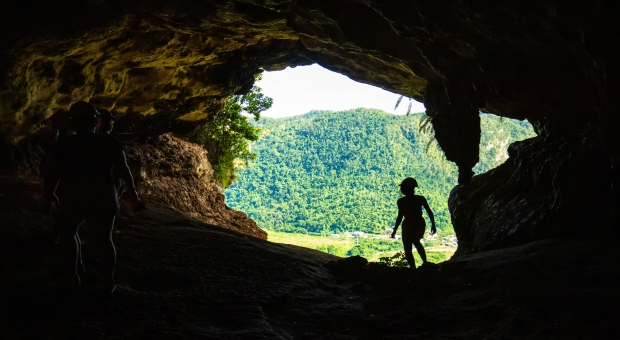 I don’t know about you, but one of the creepiest movies survival-related I’ve ever seen is The Descent, and that was something like ten years ago if memory serves.

The movie revolves around the relatively implausible concept of a bunch of people getting trapped in a cave, and their fight for surviving the ordeal. It did not work well for the four hot chicks in The Descent, but I’m not going to give you spoilers.

Fast forward to 2018, and we have the Thailand cave rescue extravaganza. This time, it was a football team of Thai boys, which got trapped by floodwaters inside a cave, somewhere in Northern Thailand. Twelve teens and their coach went missing on June 23 “the current year”, as the cave they were exploring was flooded by a monsoon-related tidal wave, or something along these lines.

Before getting rescued, these guys had to survive for 9 straight days underground on basically nothing, until they were discovered and supplies started pouring in, including medical aid and all that. Finally, they were all rescued, i.e. this is a happy ending story, unlike it was the case with The Descent. And here’s why today’s article is about survival, provided you get stuck in a cave.

Interesting concept, right? Would you be able to survive for more than a week in such a situation?

To begin with, in any SHTF scenario, and especially in one as creepy as getting stuck in a cave, in the dark that is, as in a completely unfamiliar and not very friendly environment to say the least, the number one thing to worry about is one’s state of mind.

Claustrophobia, the fear of getting enclosed in tight spaces and unable to escape, boosted by a cold and dark environment (no sunlight for days and days can put a zap on one’s mind real quick) are prone to pushing really fast and hard on one’s “psyche”, hence keeping your spirits up would be of utmost importance in surviving such an ordeal. Keeping calm and keeping hope up is key in such a situation. I think I wrote at least an article regarding a prepper’s state of mind, with an emphasis on situational awareness and all that. Dig it up.

Mental health issues aside, there are a few tips and tricks that can improve your chances of survival if trapped inside a cave.

The First “Line of Defense” 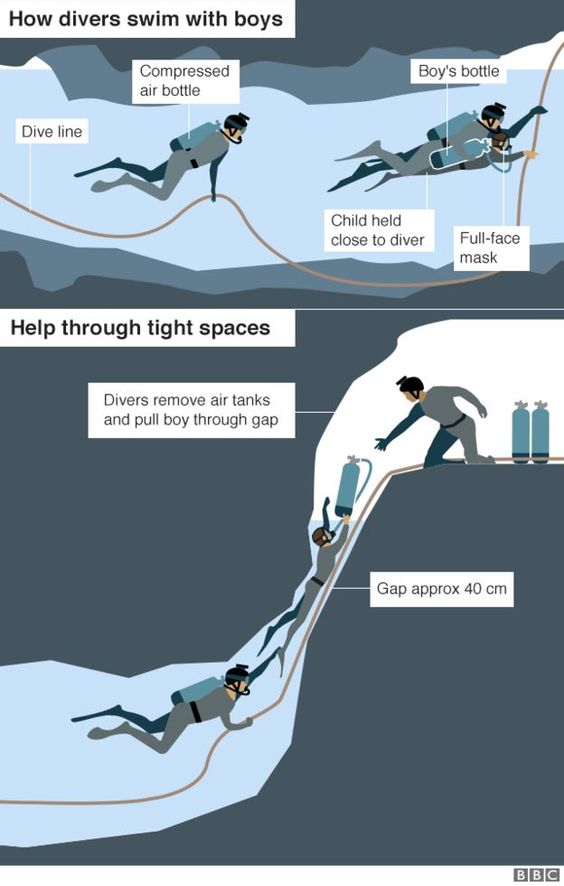 For mitigating such a possible disaster, it is so simple and common-sense, that you’d be amazed on how many outdoor enthusiasts are failing at addressing it. Maybe because it’s so “hidden in plain view”, but here it comes: NEVER go on a trip where an element of risk is involved, without letting your friends and family know know on your whereabouts.

People must know exactly where you’re going and, very important, when you’re expected back. Failing at doing so would prevent the “cavalry” from arriving and saving your sorry ass if SHTF. Your friends and family must know exactly who to call to rescue you (and from where), if you engage in a magic (as in disappearing) act, whether we’re talking about mountain rescue, coast guard, the Air-Cav or whatever. This is also hugely important in terms of keeping your hope up, i.e. if you know for a fact that help may arrive “any day now”, you’ll also know that there’s always hope, and there’s always a chance of you getting rescued. So, it’s worth fighting to live another day. It’s important to remember that rescue teams will search for you for weeks, if not months, i.e. longer than your survival chances in a given situation.

So, keep on fighting, there’s always hope, that should be your motto for a sound state of mind. And a sound state of mind is key if you want to survive a life threatening situation. Fear is the mind killer, panic is even worse. You’ll have to focus on keeping the group’s cohesion, and wait safely for the rescue-teams to arrive. And, this strategy really works, as it was proven in Thailand.

Unlike those people in Thailand, never go cave-exploring without relevant skills, not to mention the right equipment and, very important, without emergency rations. As in, food and water to last you for at least a week.

Do you remember the holy trinity of survival: water, food and shelter? You’ll be dead in three days without water, and in three weeks without food. The lesson to be taken home is that you can go on for weeks without food, but water and hypothermia will bring sudden death upon you. So, you must have the means of keep warm and to produce/find water. Concentrate on these two issues.

A few tips on avoiding hypothermia from installing: try to keep your clothes dry by wringing them out, and huddle together with your team for warmth. Obviously, the hypothermia thing depends on the ambient temperatures/climate/time of the season etc. In the Malaysia situation, the average temperature was around 23 Celsius/73 Fahrenheit, hence hypothermia wasn’t really an issue, but there are caves in the mountains where things are much worse. The next thing to be addressed is the water supply. One can carry so much water, but the good news is that you’ll be able to find water in most caves, even if the respective water is not the cleanest (think along the lines of bat feces, e-coli etc).

However, generally speaking, cave-water is reasonably drinkable, given the alternative (death by dehydration). All things being equal, it would be smart to have a portable water-filtering in your kit when cave-diving. With water and hypothermia out of the equation, food may become an issue, long term speaking, provided you’re not prepared for such a scenario.

Light and oxygen (or lack thereof) are also potential issues with regard to surviving if trapped in a cave.

The thing is, with people trapped in a small space (depending on the nature of the situation), the accumulation of carbon dioxide may become a problem. The good news is that lack of clean air is not a serious problem, for the most part, as most caves naturally breath. Another good news is that lighting is not as big a problem as it was in the past, and experienced cave-dwellers have modern LED gear and lithium batteries, which provide them with hundreds of hours of light. Hence, get the best gear when cave-diving.

Never go cave diving without telling someone on your whereabouts, get the right  intel on the cave-system topography, get the right kit/supplies, mark your path as you go in (the bread-crumbs path trick, just kidding) go with a guide (someone who knows the terrain), keep your calm if SHTF, don’t blame others, shut up, sit down and think about it. Ration your food, water and batteries, don’t waste your energy doing stupid things, keep warm, and if there’s no way out, stay away from danger and wait for the cavalry to arrive. If you’ve followed the “drill”, help will come.