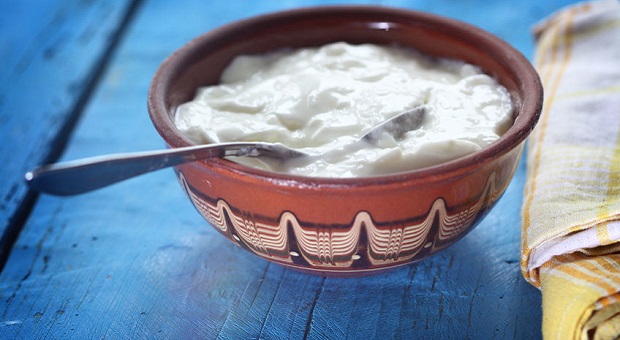 How To Make Different Yogurts At Home

Yogurt is a delicious, healthy snack, lunch or ingredient that, though typically made from cow’s milk, can be made from many different types of “milks” including almond milk and coconut milk. These require some extra ingredients but still offer many health benefits. Today we’re going to tell you how to make yogurt at home regardless of the milk that you want to use.

The recipes and methods that we’re going to review don’t require a yogurt maker because in a survival situation you may not be able to use it. Also, it’s an unnecessary piece of equipment as long as you’re willing to put in a bit of extra effort.

As with all things made at home, homemade yogurt is superior to store-bought yogurt because you know what’s in it, it’s cheaper, it’s better for the environment and the biggie – if SHTF, there’s not going to be a grocery store to buy it from so you’ll need to know how to make it yourself if you want it!

You’re going to find about a million different recipes to make yogurt online but many of them aren’t suited to the beginner yogurt maker. Some will turn out too tangy, some will turn out runny and some won’t turn out at all. We’re trying to make this as simple as possible so that your yogurt will turn out every time.

{adinserter emp}Yogurt, regardless of what type of “milk” you use, is packed with probiotics that help with everything from digestive health to promoting healthy skin and hair. You can even use yogurt in a face mask as part of your beauty routine as a softener. If you’re using dairy milk, it also works as a mild exfoliant.

I’m going to use a cheat here – a bit of store-bought plain yogurt as the “starter” because it’s much simpler. The only other way to start it is using chili stems to create the bacteria in the milk. If you want to try this, place several chili pepper stems in the milk after you’ve brought it to 160 degrees F and keep the milk warm until the concoction thickens.  Alternatively, there are freeze-dried yogurt cultures that you can order online.

I also use whole milk though I’ve heard it works with 2% or skim milk, too. Here’s what you’ll need to make a half-gallon of yogurt. By the way, the amount of yogurt you end up with is the same as the amount of milk that you start with.

We’re making a half-gallon here because it’s enough to make different flavors but isn’t so much that it will spoil before you can use it. Feel free to double or halve the recipe. 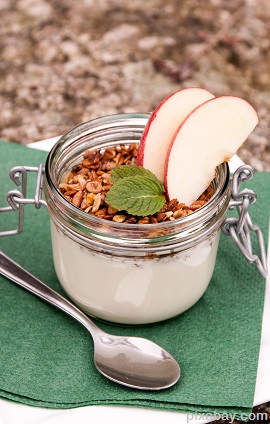 1. If you’re using freeze-dried starter, the fermentation process will only take 4 hours or so. Also, make sure that the milk that you use is of high quality. Organic, non-pasteurized milk is my preference. Go organic, at least.

2. This yogurt is going to be a bit thinner than store bought. If you want to thicken it a bit, add ¼ cup dried milk per half gallon – stir it in when you add the yogurt culture.

3. You can freeze your yogurt in 1 cup containers.

4. You may have extra water (aka whey) in the yogurt. If so, line a sieve with cheesecloth or a linen towel and pour your yogurt in so that the whey can drain before you put the yogurt in your jars.

Alternate crock pot method: Bring the milk to 180 degrees in your crock pot on high, then follow the directions above. To cool it, remove the crock from your pot and wrap it in a towel, place it in the oven (with the oven off) and let it sit. I like to heat the oven for a few minutes first, then turn it off before I put the yogurt in so that it’s nice and warm in there. 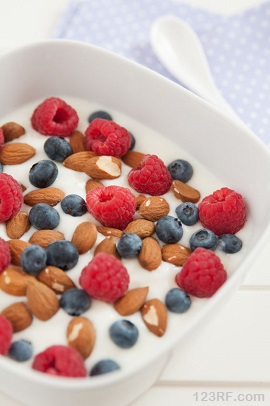 You can’t make almond milk yogurt from boxed almond milk – you have to make the milk yourself. You can do this with fresh almonds and a juicer or blender. This makes about 2 quarts of almond yogurt. Don’t skip the sugar – it’s the culture food! 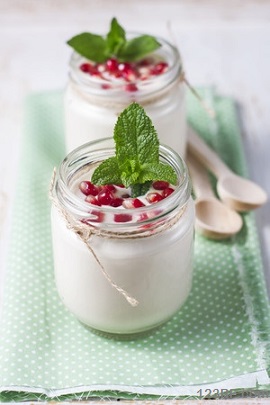 This one is a piece of cake. Combine 1 can of full-fat coconut milk (not the sweetened kind) at room temperature and 1 tablespoon of Inner Eco coconut water probiotic kefir or probiotic capsule.  Combine the milk and the probiotic well and pour into a jar. Put it in the oven with the light on or wrap it in a heating pad for 10 hours or so.

Note: If you want it thicker, put the coconut milk in the fridge so that the cream rises to the top. Pour the cream out and leave the water in the bottom.

Now you know how to make a few different types of plain yogurt! If you want to flavor them with fruit or other flavorings, do so either when you serve it or before you put it in the jars.

Do you have any other suggestions for making yogurt? If so, tell us about them in the comments section below!