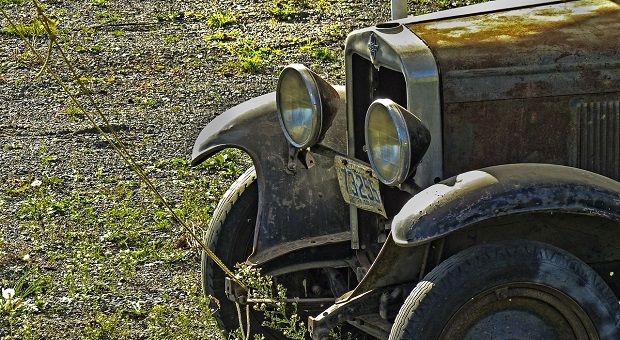 5 Ways An EMP Could Kill Your Car

Most cars created in the last few decades have computers integrated into just about every system in the vehicle. No matter whether you are talking about exhaust systems, fuel systems, or any other part of the car, rest assured there is at least one chip based sensor that leads back to a main computer.

So you can say that just about every vehicle on the road today would stop running during an electromagnetic pulse, aka EMP.

Also, even the best and most EMP proof car is not likely to survive if it is very close to where the EMP starts. For example, even if a relatively small air based nuclear bomb explodes within a mile of a vehicle, it is likely to be demolished.

Many people today believe that hybrid and electric vehicles will be the worst cars to have during and after an EMP. In one sense this is true because once the driving motors, batteries, and battery management systems are damaged by an EMP, the entire vehicle will be rendered useless.

To make matters even worse, it is extremely difficult and dangerous to try and repair hybrid and electric vehicles. Aside from lethal voltages that exist in many parts of these vehicles, the batteries can emit dangerous toxins that will burn your skin or cause serious lung damage.

On the other flip of the coin, if you have the right parts and the right tools, you can achieve about 80 – 85% EMP proofing of conventional vehicles before anything even happens.

The remaining 15 – 20% of your prepping will involve storing away critical parts as well as knowing how to replace them in a time of need. More, in a time of need, you will also find that many more people know how to fix conventional vehicles than hybrids or electric models.

Over the last few decades, computers have been increasingly integrated into the functional moving parts of the vehicle. As computers “optimize” these parts for saving gas, reducing the risk of major parts breakdown, and increased accessory options, it has become almost impossible to separate the computer from the pure driving machine.

{adinserter emp}Since computers are the most vulnerable to EMP blasts, it means your vehicle will stop running during an EMP and may even cost your life if you don’t carry the proper tools to escape the situation.

To add insult to injury, where older vehicles allowed for driver override, the computers in modern vehicles can shut the entire vehicle down and prevent you from restarting it because of the redundancy in the way the chips all connect and just how tightly integrated the computers are between systems.

Hybrid vehicles, without exception are built with computer integration in mind. From the rechargeable battery monitoring systems to brake energy recapture technologies, every part of the hybrid is managed and monitored by onboard computers.

Unfortunately, even if you do disable all the computers and electrical parts, you will be left with an under powered engine that will barely run let alone last for very long. Always remember that a weak engine isn’t just slow, it will seize up and burn out if you put too much of a load on it.

Radios may suddenly turn on and off, windows may roll up and down by themselves, brakes and steering may be extremely erratic. Even the headlights may not work properly after an EMP if there is any kind of integration with a computer circuit.

The electrical system is usually one of the hardest parts of a vehicle to classify because there are so many sub elements that can differ from one model to another.

On Ground Zero, wires housed inside the chassis and throughout the vehicle will melt and be ruined. Fuses may also blow from the extreme heat generated by the EMP’s energy blast.

If temperatures are high enough, some wire coatings may melt, which will result in shorts. When combined with zapped computer parts, this can lead to erratic behavior in many systems that will be very difficult to trace.

In outer zones of the EMP blast, it’s similar to computer systems. It should be noted that hybrid and electric vehicles will be far worse off than conventional ones because the battery management system will be heavily affected. 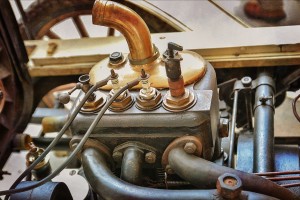 Over time, the ignition system has changed a good bit. The first vehicles were started by means of a crank located at the front of the vehicle.

Modern cars use a battery which powers the starter when the ignition key is turned. The starter is basically an electrical motor that engages the engine by means of an internal flywheel.

As with just about every other part of the vehicle, the ignition system will not survive an EMP blast at ground zero. The battery is also likely to heat and explode at this proximity to the event.

Computerized ignition switches that utilize keyless ignition systems will fail to operate or work erratically. Batteries may also explode if you are in the bands closer to the pulse zone. It should also be noted that thermal blasts from nuclear explosions can also cause the battery to explode in this zone.

In conventional vehicles, as long as the starter motor was not engaged during the EMP, it may survive the event. For hybrid and electric vehicles, the damage is the same as listed in the engine block section.

The emissions system usually has parts that prevents gas fumes from leaking back into the environment and also additional parts that determine what kinds of chemicals are released through the exhaust pipe. Interestingly enough, the gas caps house a filter that is part of the emissions system.

The EGR (exhaust gas regulation) valve – feeds some exhaust back to the intake manifold so that burn temperatures are lower, which reduces the amount of carbon monoxide produced), catalytic converter (uses chemical catalysts to increase oxygen in the exhaust, thus helping to complete the burning of hydrocarbons), EVAP and canister (basically takes gas vapors, runs them through charcoal, and feeds them back into the engine to be burned).

In modern vehicles, the emissions control system is so tightly integrated via sensors into the computer system, that a false report from a sensor can disrupt engine timing and even prevent the car from running at all.

Fully electric vehicles to do not emit gasses or other chemicals controlled by various laws, therefore they do not have an emissions system.

Anyone that has been plagued by false flag check engine lights from the fuel cap or EVAP system may be delighted to learn that most emission control systems will be shorted out and ruined at ground zero.

Even if other parts of the vehicle are mechanically functional, you will still have to remove these parts in order to eliminate obstructions in major exhaust and fuel channels through the vehicle.

Since computers control the opening and closing of valves that cut into fuel lines and exhaust systems, it is entirely possible for the computer to jam up the engine or partially prevent both fuel and exhaust from moving properly. Aside from a serious reduction in power, this situation can also cause the engine to seize up entirely.

The engine cooling system in a modern vehicle is composed of three main parts:

The conventional engine part of a hybrid requires the same type of cooling system as in any other vehicle, however as with the engine itself, the parts are undersized, under powered, and basically not designed to cool the car under a heavy load.

Computerized thermostats and anything motor driven may only work erratically or not at all. Motor oil should not catch fire, however. If your vehicle winds up crashing, there are no guarantees that it will not catch fire because of routine impact related damages. 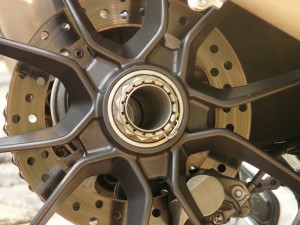 Braking systems essentially use friction from a metal pad that rubs against a disc/rotor or drum. When you apply the brake pedal, fluid presses two calipers together to generate friction between the brake pads and the rotor (or drum in some vehicles).

Brake fluid is housed in the master cylinder, and is then distributed to slave cylinders which push the calipers. When you let up on the pedal, the brake fluid returns back to the cylinder, thus moving the calipers away from the rotor or drum.

Since it can take quite a bit of pressure to push, and then keep the metal pad rubbing against the disc or drum, modern vehicles use motors combined with hydraulic systems to assist with this purpose.

Modern braking systems also include computer based assistance to detect when a skid is occurring, as well as automated overrides that help release the wheels so that the tires grip and increase traction, which in turn reduces skid length.

In hybrid vehicles, even though there is an emergency rotor based braking system, these vehicles are slowed down by simply reversing the direction of the drive motor, which causes the batteries to be charged. This is referred to as a “regenerative braking system”.

If you are on ground zero when EMP hits, rotors, drums, calipers and pads are likely to be warped and even melted from extreme heat or parts of tires gluing them together.

Brake fluid which is housed in the engine and in the brake lines may also ignite if the conditions are right. Rotors and drums may wind up being stuck together. Any computer parts and sensors will be ruined, as will power assist motors.

If you have functional tires, it is still possible to get the brakes to work again. Just remember that without power assist, the brakes may respond more slowly and the brake pedal may also be harder to push. The further away from ground zero, the more quirky your brakes will be.

These are only five important systems that any car relies on, and an EMP would kill in seconds. You remember the days when vehicles were equipped with manual safety belts, roll down window handles, and a door that required a key for entrance. You would miss these days, as other parts—as safety system or fuel system—are not mentioned for now, but would also suffer from an EMP strike.

Have a look at the basic automobile systems, how they work, and how they will be affected by an EMP. You can use this guide to determine just how EMP sensitive your own vehicle is, as well as during the process of searching for viable models to rebuild.

Learn as much as you can, because chances are that you would need all these knowledge one day to survive. 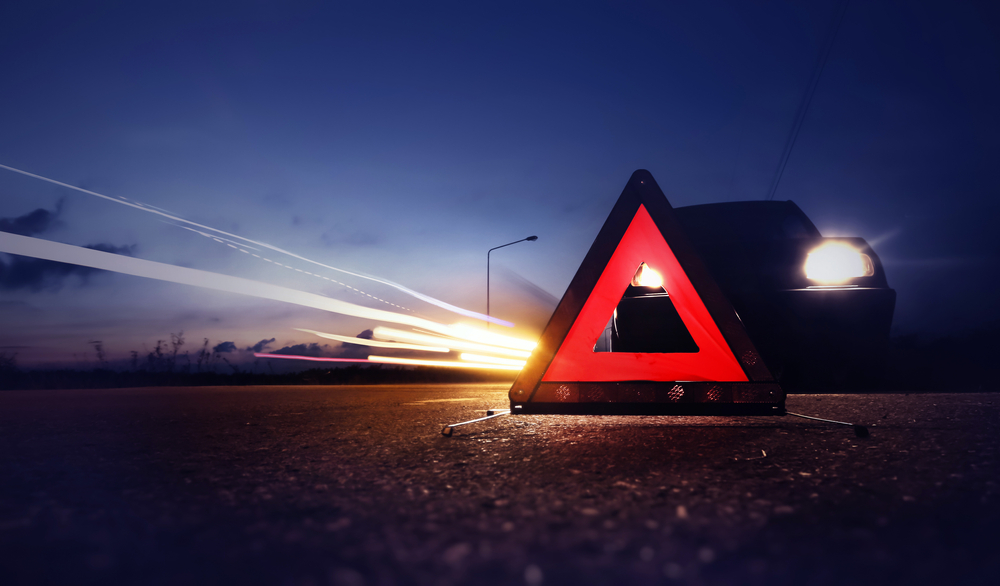 Equipping Your Vehicle for a Quick Exit Plan: 10 Tips