Even though the nuclear threat from North Korea seems to be ebbing for the moment, that doesn’t mean dozens of other nuclear related problems won’t pose a serious threat in the near future.

Protecting your trailer from nuclear disasters, regardless of their origin, can be impossible if you don’t know what the actual problems are or how to solve them. Back in the day when I was growing up, we were taught that you only needed a shovel and a few feet of dirt all around you to survive the first few minutes to hours after a nuclear blast. Extending that timeline to two weeks or more means that you must prepare your trailer so that you can eat and carry out other daily life needs.

Here are ten things you can do to prepare your trailer for a nuclear disaster:

Nuclear power plant leaks, situations like Fukushima, and dirty bombs don’t necessarily give warnings that a nuclear disaster is about to happen. Without suitable monitoring of your home for the presence of nuclear radiation, you will never know that something is going on, let alone figure out what to do about it. Aside from traditional Geiger Counters, there are two relatively simple and inexpensive devices that you can use to detect the presence of ionizing radiation:

Have an Underground Bunker Beneath the Trailer

If you take into account nuclear reactors, waste disposal sites, nuclear medicine facilities, and other sources of man-made nuclear radiation, it is understandable that most people will focus almost exclusively on the risk associated with ionizing radiation. Even though there are far too many nuclear armed nations that are hostile to the United States, it can sometimes seem surreal to seriously consider that one of those nations will successfully explode a nuclear bomb on our soil. It is also, often, very hard to believe that a military nuclear accident, or even some kind of hostile takeover could result in our own nuclear bombs and facilities being turned against us in such a way that they produce an explosion.

That all being said, no discussion on preparing your trailer for a nuclear event would be complete without discussing thermal winds and fires. Both of these can and will occur in a nuclear explosion regardless of how it was triggered or its origin. Fortunately, an underground shelter can be used to protect you and your stockpile from both radiation and thermal risks. If you own the land beneath your trailer, at least see about putting a root cellar beneath the trailer.

Make sure the hatch area has at least 3 – 5 feet of dirt or sand on top. From there, you can always expand into a larger bunker system. Remember, it does not take much earth to shield from nuclear radiation, however you will still have to pay attention to air purification and oxygenation. Any underground bunker and storage system should be able to supply enough clean and oxygenated air for at least two weeks and be stretched to a year via routine maintenance if need be.

Living in a trailer park can make it impossible to do any kind of digging, especially if your trailer is located on a cement pad or there is very little land between trailers. Under these circumstances, it will be worth your while to discuss the matter with other tenants in the park. Depending on how much land is available, it may be possible to discuss options with the owner of the park. A community underground bunker can translate into a useful advertising asset for the trailer park owner even as it expands options for you and your family to remain safe in time of need. This includes providing an optimal location for getting through tornadoes that are increasingly popping up in areas that aren’t usually prone to them.

Make Use of Plants, Trees, and Mushrooms

As you may be aware, radioactive particles move at different speeds. The slower moving ones can be stopped by something as fragile as a piece of paper or the garments covering your body.  Unfortunately, it is the faster moving particles that do the most damage because of how easily they can pass through most materials. Typically, your best chance of surviving any kind of ionizing radiation spread entails being able to put as much material between you and the particles as possible.

While dirt, sand, lead, water, and boron tend to be the best materials, that doesn’t mean you should ignore the potential found in plant based materials. In fact, after the initial incident occurs, plants, trees, and even mushrooms will offer the most in terms of protection and restoring the land.

Here are a few things to consider: 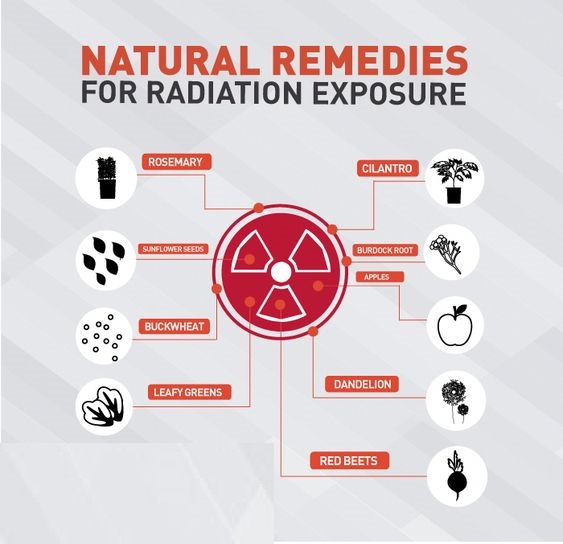 Even though you may not be able to dig beneath your trailer or elsewhere on the property, that doesn’t mean you can’t add something to the trailer to make it more resistant to nuclear contamination and fire. For example, you can line the walls, floors, and ceiling with bags filled with Earth. As with an underground bunker, you will need at least 3 feet of earth thick on all the outer walls, floor, and roof.

You will also have to insulate windows and doors the same way. Doors can be somewhat easier than windows in the sense that you can simply insulate behind them and still leave the hinge system in place. Since you cannot see through dirt, insulating the windows will involve putting the dirt bags on some kind of rolling shelf system so that you can move them aside easily. Ideally the windows should be blocked off as much as possible, especially in rooms where you have supplies or anything else that you don’t want getting contaminated.

That being, if you do leave one or two windows open to let light in, just make sure that you can find out about radiation hazards quickly enough to put the shielding earth bags back up.

Sadly, by the time a Geiger Counter or Kearny Fallout Meter detect the radiation, it will already be present. Remember, these devices can alert you to a problem, however they cannot tell you about the presence of radiation before it actually arrives at the sensor. Because certain nuclear hazards may never be reported on the news or via other media channels, your best option will be to network with other people in your area and form a grassroots alert network. Ideally, the network should encompass several miles and transmit messages as soon as something amiss is recorded.

Here are some other benefits of “insulating” with dirt:

Protecting the Trailer from Thermal Winds and Fire

Even if you aren’t overly concerned about surviving a nuclear explosion, there are many other reasons to fire proof your trailer as much as possible. Rioters and other criminals may use firebombs, other natural disasters could cause explosions, wildfires, and even accidental fires can all rob you of a place to live and your stockpile. Fortunately, just about everything you would do to protect your home from thermal winds and fires generated by a nuclear event will be useful for any other kind of fire. Here are some things to do:

When it comes to surviving a situation involving radioactive materials, the time frame in which you must be able to rely on your own resources may be longer than for other situations. Resource stations set up to manage various tasks can help reduce the risk of contamination as well as make it easier to make the most of the supplies you have on hand. Here are three key stations that you must have in place:

Because earth bag lining can protect you and your valuables from more than ionizing radiation, it may be worth your while to consider insulating just one room in the trailer. Your “panic room” can also serve as location where you store your stockpile and tools required to live during the nuclear fallout period. Just make sure that the decontamination area is located outside of the panic room and also has suitable insulation.

Earth Bag Prepping on a Budget

When you own a homestead or a larger piece of property, digging up a few hundred to thousands of pounds of dirt may not seem like much of a problem. On the other hand, when you live in a trailer park or have limited amounts of land, it isn’t likely that you will be able to get all the dirt you need for free. This is just one of many reasons why you may want to take a somewhat modular approach to fortifying your trailer against a nuclear attack using earth bags. Here are some things to consider:

If you are on a very tight budget, then you will have to get the dirt onto the roof of the trailer by yourself. Pulley systems and hoists can be very useful for this task. Even if you only do a little bit each day, you will be surprised at how much you will accomplish over time. The key to making this work is the determination to stick with it and see the task through.

Unless you have access to a cave or some kind of underground bunker, there are very few ways to make your trailer impervious to nuclear radiation. The fact that 3 – 5 feet of dirt will shield anything from the faster forms of ionizing radiation is still very important to consider. Finding a way to shield at least one room and a separate decontamination area can be extremely useful for stopping bullets and electromagnetic smog as well as fallout from nuclear radiation. Given the chaos that can be caused by any kind of social collapse, you may want to give a lot more thought to earth bags and the protection they afford. It is also very important to make sure you can detect the presence of ionizing radiation and ensure that you have the tools and materials available to decontaminate yourself and important incoming resources such as water.