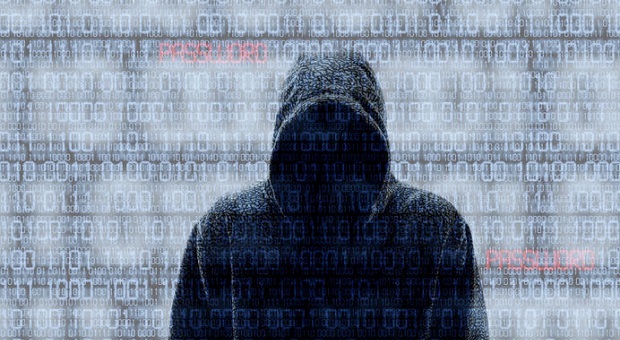 Chase is not some hayseed bank. Chase underpins the global banking infrastructure. Worse than the fact that some of your information was almost certainly comprised in the Chase hack or in one of any number of large hacks and is now in the hands of black hat hackers, is that that the hacker or group of hackers had plenty of time to learn everything they wanted to know about the banking industry’s IT security practices.

An increase of fraud activity has not been detected yet, but we do know that the hacker(s) carefully examined all of the network security software, so they will be very well prepared for future attacks and will be much harder to detect. Regardless of whether or not you consider an event like this to be “you being hacked” or not, it still affects you and your OPSEC (operational security).

How Do You Know It?

You might consider the definition of hacked to be much narrower, such as having sensitive data compromised, if that data resides in memory owned by you. If this is your definition of being hacked, there are signs.

Do not let the talking heads in the media, Hollywood, big business or big government convince you that privacy is unobtainable. I have read some articles by low-level IT people who claim that hacking cellphones is “trivially easy.” I suppose it can be, as long as the target uses a standard phone from a major US cell provider and do not root it or run any security, encryption or VPN software.

People who buy or sell the lie that privacy no longer exists either have a vested interest in you not protecting your sensitive data or they are slaves to convenience. Patriots paid for your rights with blood sweat and treasure, and those rights include privacy.

Do not buy into anti-privacy rhetoric. 50% of all US sales are generated by direct marketing. That is a lot of money. If you believe that the anti-privacy crowd values the truth or your rights above their share of that money, what I write here is probably not for you. If you truly trust bankers, corporations and the liberal media to value your privacy above your money, you should probably stop reading this right now and follow your shepherd.

Feel free to bleat and “bah” your way back to the feed lot … maybe today he will choose to take you to feed again … then again, his freezer might be running low.

To avoid and prevent hackers, create a bulletproof OPSEC SOP, (operations security, standard operating procedure) invest the time to commit yourself to importance of sticking to it, implement it and diligently enforce it to the letter. 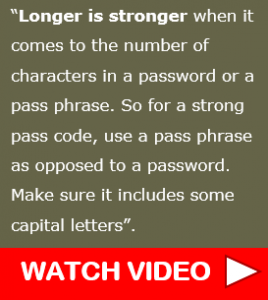 This is not something that you are going to be able to learn to do reading 600-1000 words, but a course manual designed to do those very things.

Make sure you keep all of your software up to date and make backups and recovery drives.

Do not run executable files that you do not trust and be cautious downloading free content and programs.

Probably the single most overlooked tool to protect your data is encryption. As long as you follow certain rules regarding encryption, even if someone gains physical possession of the your computer or memory, all they will see will be a meaningless jumble of 1’s and 0’s.

Researching and following proper encryption guidelines such as the ones laid out in the course I contributed to is a good start.

Most people do not understand how much control they still have over their privacy and data security.

Damage Control Once You Have Been Hacked

If you learn that you have been hacked:

Some information, accounts and passwords are easy to change, but some can be difficult and time consuming, so it pays to prevent or avoid being hacked.

For example, the IRS will not just let you change your SSN unless you succeed in convincing them that:

Even if you succeed in changing your SSN, your old number will still be linked to your new number for tax purposes.

A Very Special Kind of Theft

Most banks also limit your credit card fraud liability to $50, but terms and conditions apply to those programs as well. The only thing you can be sure of with programs is that your card will be declined “in network” (i.e. the places you would typically shop as opposed to places identity thieves shop) or if you travel without reporting your every move.

One of the most tragic losses you can suffer is the loss of your data, photos, music, books and other data that you value highly that is not easily replaceable. I have learned that the majority of self-reliant folks, for all their talk of tight OPSEC and preparation, do not walk the walk. Unfortunately, many of us have either difficulty understanding technology or are beholden to convenience.

This results in many of us becoming “cloud-phobic” and refusing to use any could-based service (or worse yet, only services that have the word cloud in their name) or are too lazy to read privacy policies and do enough research to be able to choose products and services with confidence.

I could say “that’s fine, do it your way” but the problem is that users who do not know how or who are too lazy to configure a backup are exactly the users who need cloud-based data backup services the most. So resist those urges and figure it out, spend 20 minutes to figure it out, ask someone for a favor, strike a barter or pay someone you trust to set up an automated, properly encrypted backup.

One anti-hacker strategy that I’ve employed in the past is that of setting out a “bait machine” or “bait network” out for hackers to see and try to hack. Much like “bait cars” used to catch car thieves, “bait machines” keep a meticulous record of every bit sent to the computer, and they are bad news for hackers.  Your real network will be hidden. You would be amazed how even relatively sophisticated hackers tend to be lazy and see exactly what they think they are looking for.

Even if you are unwilling to invest the time to track down a particular hacker, by the time they realize they’ve hacked a bait machine, you’ll know enough about their hacking practices and modus operandi that they will not likely return, and if they do, you will be ready. I have used bait machines like this for years, not only to protect my own infrastructure, but to learn about the threats my IT clients are most likely to encounter.