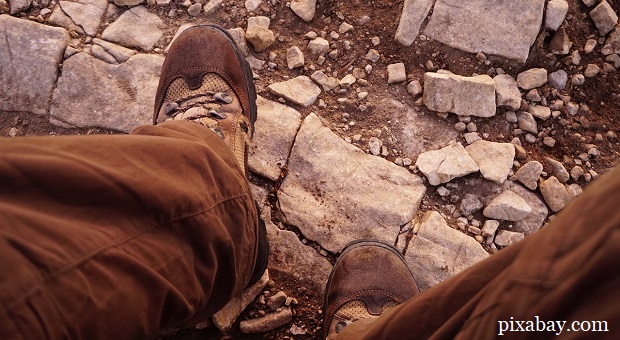 Dressed to Survive: The Rules Of Survival Clothing & Accessories

Your clothing can make it difficult to come out on top from a life or death situation, and might even affect the lives of your loved ones.

Or leave you snug, warm and safe, against the harshest of elements… So, here’s one question you really have to answer: how much are your clothes helping or hindering you?

Keep reading to find out the rules of survival clothing and accessories!

This section classifies the core layers of clothing and equipment discussed in this article in the context of the Modular Survival Kit.

In my role as a first responder, the turnout bag enabled me to dress fast without forgetting anything.

As a prepper, I had the same need, so I adapted the turnout bag for survival use and it works just as well with only minor modification. The principle modifications were to add and EDC Valet, checklists, modules and the creation of more than one turnout bag.

As preppers, environment, mission, roles and the threats we face determine the most effective clothing and equipment to survive. If I respond as a first responder, I need to wear my uniform and Personal Protective Equipment.

But If I respond to an emergency as a private citizen, depending on the threat and circumstances, I may want to blend in to a crowd or blend in to the environment using covert or overt camouflage.

Reversible clothing can help with this to a degree, but these environments generally dictate different clothing, so I have overt, covert and uniformed turnout bags.

Climatic conditions, mission, specific threats and environments can require the addition of special clothing and equipment. My solution to this was the creation of climate, environment and threat-specific modules and ensembles, so if I am going out into a blizzard, I add an extreme cold-weather ensemble.

If the threat is chemical, biological, radiological or nuclear, I add the CBRN ensemble. If I am going hunting or fishing, I may not need a specific turnout bag or ensemble for either of those activities, but having my gear together in one place does mean that it’s organized and that I will not forget anything.

Using the same system every single day means that I will go through the same motions on autopilot when I am getting ready under stress instead of freezing up. Since we fight the way we train, there is a certain logic behind using the same system day in and day out.

The role of the EDC valet is that once you dress, whether it is out of a turnout bag or out of a dresser. (These can be one and the same. Simply line drawers with removable turnout bags.)

EDC gear can be added independent of which turnout bag you dressed out of. At the end of the day, EDC gear goes back in the EDC Valet or tray, ready for the next day.

Since EDC varies greatly depending on whether you are going to work out or for a swim vs layer for a blizzard vs leave and possibly never come back, checklists ensure that nothing gets left behind and are especially helpful when dressing in a hurry under stress.

In general terms, survival clothing should be clean and worn in loose-fitting layers. This way, layers can be added or removed as needed to adapt to ever-changing environmental conditions.

In the context of the Modular Survival Kit, clothing starts from the skin out and does not include PPE, footwear, accessories, EDC or other listed categories.

This layer includes equipment and tools to facilitate escape from illegal or enemy restraint, escape, survival and self-recovery that is hidden on the person or disguised to avoid detection and confiscation.

This is the same category as the category above, only the equipment is not deliberately hidden or disguised to avoid detection and confiscation because of practical limits of what can be effectively concealed.

A core layer of SSR should be carried in your pockets instead of your pack which gets taken off every time you rest, climb into a vehicle and is easily separated from you when you needed most.

Features, materials and attributes that make clothing well-suited for survival use can vary widely. Clothing is best chosen based on your roles and pattern of life and the environments, climates and threats that you face.

There are too many features, materials and attributes that might be listed, but let’s list a few to provide guidance and get you thinking: 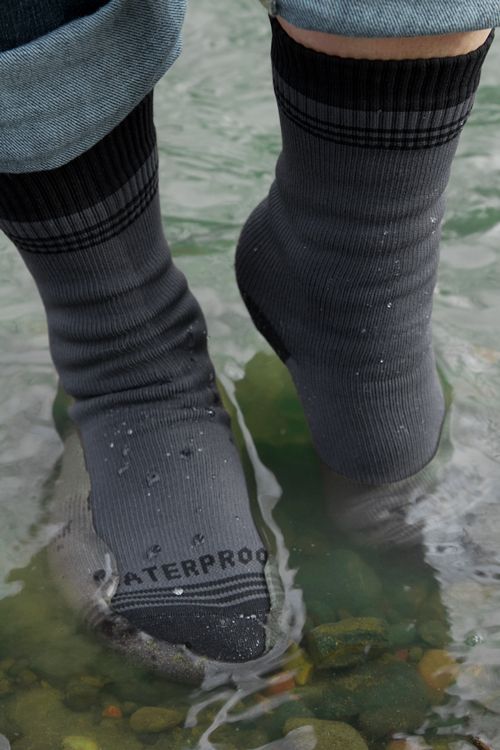 Unless it is intended to be bartered, survival jewelry should not appear to be of value. It if includes restraint escape gear, that gear should be well disguised or concealed and the piece should also not appear to be useful in escape or survival roles or it will mostly likely be confiscated upon capture or shortly thereafter.

I have a modular necklace kit of my own configuration that I am seldom without. The benefit is that even in my swim trunks, I can:

That is a lot of functionality in something I can wear on wave runner in swim trunks and forget it is there. On multiple occasions, I have been searched and even handed right to police and security personal, had them inspect it, decide it was harmless and hand it right back to me.

While reading an old cowboy’s description of survival against all odds, one of the primary things stacked against the desert survivor was that he had lost his hat. 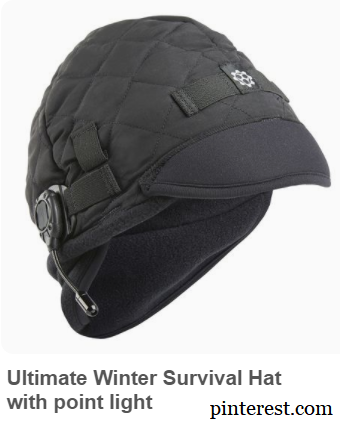 The hat is a valuable survival tool that it is no wonder that he would list it so prominently as he factors odds of life or death in the desert, and this is obvious to anyone who spends a lot of time outdoors.

But there is such a disconnect with people who live in the shelter provided by cities that a cowboy or explorer turning to face danger to retrieve his hat is common comedic feature in films targeted at city-dwelling audiences.

A broad-brimmed hat provides protection from sun, rain or can fan a fire. A brim with a dark-colored underside reduces glare.

Flotation is also a good feature to aid in recovery if lost on the water. Hats can also insulate against the cold and include cold-weather features such as ear flaps.

Belts do much more than hold your pants up. They provide a solid platform for holsters and knife sheaths which is important for self defense as it is best if your sidearm in consistent position and orientation to aid in grip indexing as a consistent and solid grip is key to an effective draw and engagement. 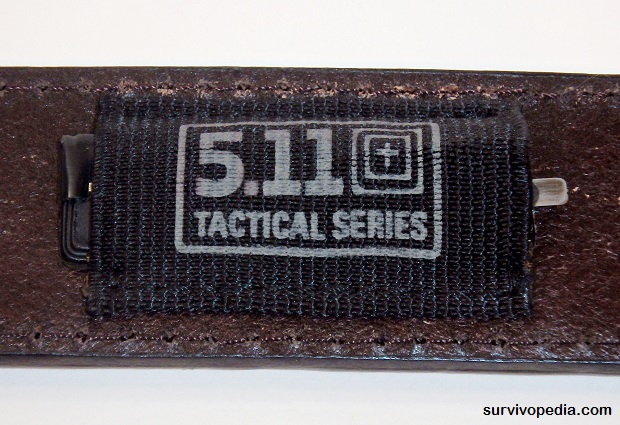 Some belts have storage pouches for SSR gear, precious metals or money or buckles that conceal knives, but a belt does not have to be a rigger’s belt or have hidden pockets to be useful for survival.

To integrate with the rest of my modular survival kit, I do not like to carry a lot of gear right on my belt because the waist belt of my pack usually goes over the top of it and that can cause discomfort and make gear hard to access, so I use drop down loops or panels.

To lower sheath knives, pouches or openly carried side arms down out of the way or on my legs. This also makes them much easier to access in vehicles. Keep backpacks, self-defense and transportation in mind as you decide where to position equipment for carry.

Whether called a neckerchief, handkerchief, cravat, shemagh,tenugui,bojagi, tengkolok, fichu, keffiyeh, bandana, do rag, head scarf, scarf or something else pretty much every culture I have studied has some type of multiuse swatch of cloth carried as a clothing accessory.

There are far too many uses to list here, but they span every basic area of survival, including security, improvised munitions,first aid, exposure, cordage, fire, water, food, navigation, signaling, carrying loads and many others.

The neckerchief eventually evolved into the cravat and handkerchief and then the modern neck tie and pocket square. It was much more useful in neckerchief form. Before cotton, wool, linen or silk were used, but once cotton became available, most cultures switched to cotton.

I typically carry a handkerchief and a couple of bandanas. Sometimes I wear a shemagh or carry one in my go bag.

Useful Patterns and Colors of Bandanas or Cloth Accessories:

While any balaclava is useful against the cold and to protect identity, a balaclava in a tone close to that of your skin does not attract undue attention or make you look like a terrorist.

Fire-resistant Drymax® models wick moisture and are low bulk. In the age of facial recognition and cameras hoodies and balaclavas are gaining popularity.

Gaiter, Buff®, Recon Wrap®, sorgo, and some insect head nets are all useful tubular headwear. Tubular headwear is very adaptablewithout having to tie as many knots as you would with a neckerchief.

PPE is important for the preppers There are far more hospital admissions after natural disasters such as hurricanes and tornados that due to the severe weather events themselves. This is bound to happen any time people who normal work in offices run chainsaws. Do not say, “It will not happen to me!” 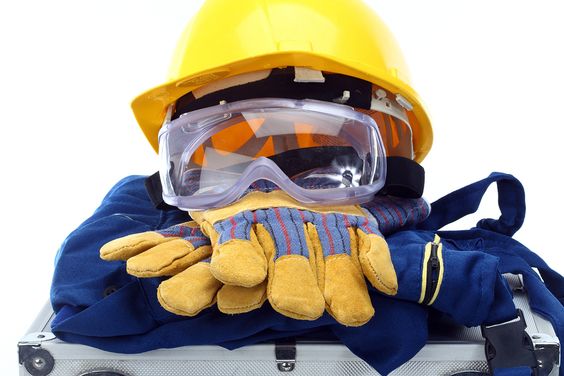 Your feet are your primary mode of transportation. Sorry Cody, but a great pair of boots is some of the most important equipment you can possibly own. Without them, even with conditioned feet, people just cannot keep up. Outside of a few limited examples restricted to specific environments, there is no comparison.

If you are captured, your boots will be among the first gear you can expect to be relieved of, so they may not be the best place to stash restraint escape gear, but quality boots should be one of the very first purchases for any survivalist. Quality socks should be purchase with them.

As you can see, there’s more than styling and comfort related to choosing the clothes that you need to survive different scenarios. Be smart when choosing garments, and think about the uses they have beyond their basic role of covering your body.