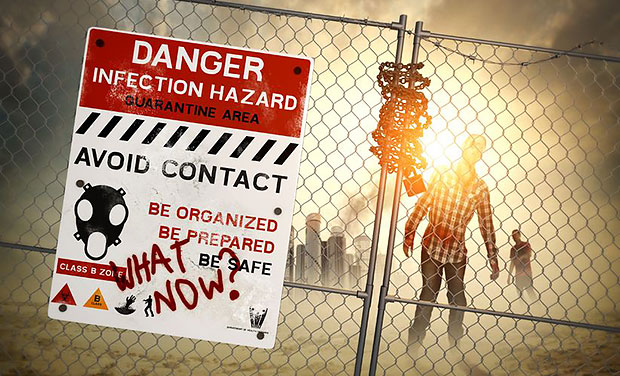 Diseases to Fear in the Aftermath of Disaster

Many people believe that the biggest fear in a post SHTF situation is going to be starvation or attack from our fellow human beings, but the likelihood of mass death by disease in the aftermath of disaster is a much more terrifying probability.

Think about it for a minute: if you’ve prepared for long-term survival either independently or with a group, you’ve likely got a defense plan in place, too. This includes invasion from desperate people who didn’t prepare, or from other enemy forces.

These desperate people are going to starve off or kill each other off quickly if they don’t ingratiate themselves to a sympathetic group post-haste.

Either way, that threat will be neutralized in a few months or less. Starvation won’t be an issue for you as long as you manage to defend your stockpile.

So what, then, is going to be the next biggest threat? Disease, according to those who’ve thought about it. 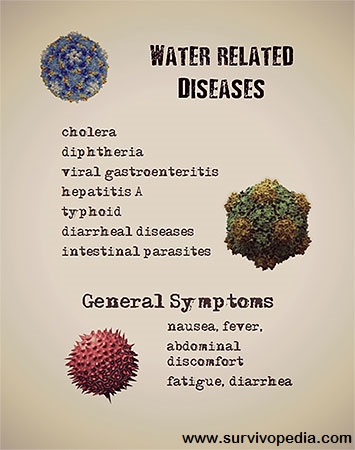 Illness is easily spread just by drinking contaminated water. Poor water sanitation is going to be the source of many diseases to fear in the aftermath of disaster.

In a SHTF situation, sewers are going to contaminate water supplies. Just one person improperly disposing of waste can contaminate the water within up to a 50-mile radius.

This will cause outbreaks of cholera, diphtheria, viral gastroenteritis, hepatitis A, typhoid, diarrheal diseases and intestinal parasites.

Unfortunately, most people won’t know how to properly sanitize water prior to drinking it and will most likely not know that these diseases can be contracted by bathing in contaminated water, as well. Don’t skip this step in your disaster preparedness.

Know how to purify water and have the equipment to do so.

Diseases and Infections of the Respiratory System

Illnesses and diseases such as the tuberculosis, whooping cough, flu, colds, bronchitis and pneumonia will kill millions and spread like wildfire.

They’re air-born and easily spread through even minimal physical contact. One person coughs into his hand, then shakes hands with somebody and BAM – he’s just spread his disease.

Many of these illnesses aren’t necessarily lethal to healthy adults but they can easily kill kids and the elderly. It will be imperative that you monitor all of your people closely and sequester them if symptoms appear.

Also, we would recommend quarantining any new people that you allow into your group for at least a week. This isn’t a time to be nice – it’s a time to survive.

Malaria, West Nile Virus, Lyme’s disease, Murine typhus and even the plague are spread via insects and vermin such as mosquitos, fleas, ticks, and rats.

Though these are lethal, the good thing is that most of them are fairly easy to avoid with good sanitation practices. Don’t let water stand so that it can attract mosquitos, keep your living area clean so that it doesn’t attract rats, and do what you can to prevent fleas and ticks. 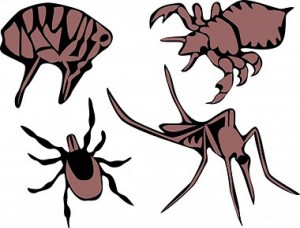 What do you do if you cut your foot on a rusty nail? You think back to when you had your last tetanus shot, of course! If you’ve had one in the last 10 years, you monitor the wound for infection and keep it clean.

If it gets infected, you take antibiotics. Uh-oh. Tetanus shots and antibiotics most likely aren’t going to be available in a post-SHTF scenario and you should assume that strange water sources are contaminated, so now what?

Infections lead to such conditions as gangrene and sepsis and can be fatal. It’s going to be crucial in a SHTF scenario that you take extreme care of any type of wound in order to avoid infection. In this case, an ounce of prevention will be worth a pound of cure!

There are also some conditions related to malnutrition such as rickets and diarrhea that will be of concern, but these are the major ones that are the most likely to get you.

Not to be an alarmist, but we know for certain that our government keeps viruses for warfare and pharmaceutical companies have bugs quarantined in the interest of research. What happens to these bugs if some unsuspecting soul opens those coolers looking for food or supplies? That’s another scare altogether, but it’s one that is within the realm of possibility.

The best way to avoid any of these conditions is proper sanitation and segregation of the sick. Be careful when speaking to strangers, don’t share drinking or eating vessels or utensils, don’t drink from or bathe in questionable water sources, and wash your hands frequently.

Rest assured, these are just some of the diseases to fear in the aftermath of disaster. Just as with everything else, though, all we can do is our best. Knowledge is power, and we hope we’ve helped with that!