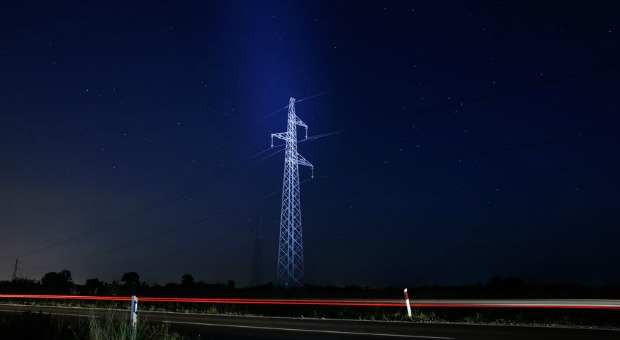 Cosmic Weather Executive Order: What Does It Mean?

Does the government know something that we don’t about what is going to happen to our power grid?

The latest executive order on cosmic weather certainly has some folks in the survival community scratching their heads. Do you know why? Because it doesn’t help you much, but leaves you survive on your own.

President Obama says he recognizes that naturally occurring EMP’s “could disable large portions of the electrical power grid, resulting in cascading failures that would affect key services such as water supply, healthcare, and transportation.”

First off, understand that the type of EMP caused by cosmic weather would only affect equipment connected to the power grid, land lines or other very long conductors, so it would not affect your car … until you need to buy gasoline or you phone … until you need to connect to the internet or a cell tower.

What we are most concerned about with this type of EMP is damage to the infrastructure that we all depend on, specifically the large transformers in the power grid which are custom built (mostly overseas) and have lead times measured in years.

Why only address naturally-occurring EMP and not nuclear high-altitude EMP?

I think the answer to that is simply that existing executive orders, COG (Continuity of Government) and NIPP (National Infrastructure Protection Plan) already cover protection of key infrastructure in the event of acts of war or terror attacks, so that train has already left the station – no power or budget to grab or rights to infringe upon there.

Why is important, other than that your internet will be down and credit and bank cards won’t work, is that a severe space weather event could knock out the US power grid and reshape the balance of power in the world.

Russia claims its grid is hardened against EMP and China runs major EMP-response exercises. Every former superpower is making preparations in case of EMP attack and virtually all substantial enemies of the US either are in the process of developing or already have EMP weapons.

The US has EMP weapons programs and we have upgraded a few key segments of our communications infrastructure, so it is clear that our leadership is aware of the threat EMP poses, but we haven’t funded any significant national preparation.

Scientists have been beating politicians over the heads with EMP scenarios for decades now, but they don’t seem to care much about it.

Why hasn’t the US already made preparations in case of EMP?

According to Dr. Peter Pry, a member of the congressional EMP Commission and executive director of the Task Force on National and Homeland Security, the power industry is afraid of over-regulation.

That is why it is using its considerable power to lobby against any EMP preparation and crank out junk science a la “lead is good for you because it occurs naturally,” “smoking is not harmful to your health,” and “we would starve without GMO foods and high fructose corn syrup” only this time it’s “EMP only affects the power grid in movies.”

Don’t let the fact that the rest of the world is united on the matter that the EMP is a threat fool you. Here in the USA, we reserve the right to be ignorant and listen to K Street lobbyists and the best scientists they can buy instead of our best scientific minds.

Warning have yielded both grassroots and congressional efforts, such as the Shield Act, which have been blocked at every turn by the power lobby for well over a decade now. This opened the door for Barrack Obama, who claims not to need congress because he has a phone and a pen, to step in an issue the executive order.

In October of last year, the White House published the 2015 National Space Weather Plan, which sets two goals: to improve our detection capabilities (warn us a few hours before the EMP), and to strengthen our capability to respond to the needs of the people after an EMP has damaged the grid.

Why not a comprehensive EMP plan to harden the grid against both types of EMP?

Because existing executive orders already cover EMP of the nuclear high-altitude variety under war and terrorism, so there wasn’t any additional power or funding to grab.

At a glance, the plan seems like perhaps a step in the right direction, but dig deeper and its more social programs and less privacy, thinly disguised as a preparedness plan. About the only thing that could make this plan worse is if it was truly this president’s best effort to protect the nation from EMP. 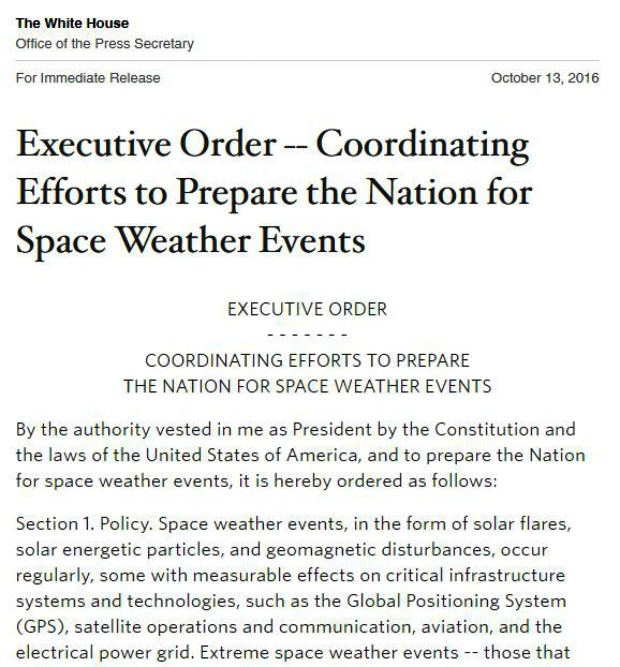 Why am I not excited about the government finally creating a plan to deal with EMP, even if it is only naturally-occurring EMP?

Somebody needs to tell the White House that it won’t matter if people have health insurance if they are going to be without electricity for up to 4 years. Maybe that is a length of time they can get their heads around.

The US has been operating in an utter leadership vacuum for nearly two terms now, arguably much, much longer. We could permanently fix the EMP threat to our grid for about what we spend on climate change research in a year.

The US could have long ago joined the growing list of nations making earnest preparations against EMP, but is not course our benevolent leader has chosen.

Hurricane Katrina was a minor event when compared to losing the US electrical grid for years, but it serves as an example of the consequences of the FEMA – DOD turf war. The states tried to handle the disaster themselves to capture Federal funding and everyone had to sit on their hands until they asked for help.

But by then, they had trouble even contacting the Federal Government to ask for help, so precious time was lost, which translated to lives lost. Then the Federal government sends in FEMA, who sealed off the disaster area and takes its shot at the prize budget money.

The military still couldn’t do anything until they were asked. FEMA ended up running around like a chicken with its head cut off because it was also outclassed by the scope of the event, losing more time and lives until FEMA finally asks for DOD.

Because FEMA has thousands of employees where DOD has millions. FEMA can call subcontractors and pay them to deliver trailers or loads of supplies. DOD can coordinate colossal airlifts and entire fleets of ships. We cannot handle an emergency of this magnitude without the DOD, so FEMA needs to get let that sink in now, BEFORE an EMP.

The FEMA budget is not going to matter. FEMA is going to go down in history as crewing the Titanic in this scenario and the post-EMP agency that replaces FEMA will not resemble the pre-EMP FEMA, that is, if the USA even still exists as such after China lays down the terms for the replacement of our large transformers.

What would a competent leader would have done

So what does Obama’s executive order on cosmic weather mean for you?

It means that, as usual, you are largely on your own. The only preparations that you can count on are ones you have made yourself and with those you trust in your local community. This may actually be better for you than being lied to that your government has everything under control.

You are better off preparing independently as opposed to believing that Uncle Sam, or someone else, is going to bail you out.

Be prepared! Get your power generator. Click the banner below to grab this offer and pay in installments for the right power generator for your EMP survival!