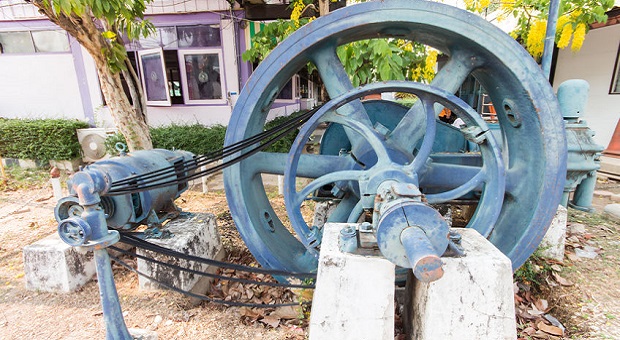 Why Should You Build Your Own Power Generator?

It’s a safe bet that you’ve come to the realization that dependence on a power grid is a bad thing.

Fortunately for you, you’ve started at a great time. There is a now huge push to live off the grid and suppliers of home generators that run on solar or biodiesel power are abundant. However, there are a few problems associated with this equipment that have led many people to learn to build their own power generators.

If you’re not quite convinced that going off the grid is for you, here are just a few reasons why you should consider it.

What Do You Do When the Power Grid Goes Down?

At one time or another, we’ve all experienced a power outage. Since most of the modern-day conveniences that we depend upon to function run on electricity, life changes drastically when the power goes out.

Loss of electricity is more than just inconvenient; it can be extremely expensive as well. Refrigerated food only keeps for about a day without electricity and the food in your freezer will be bad in less than a week.

Though many of us may not store more than that, you also have to remember that you won’t be able to go to the store to replenish your supplies. Even if the stores have power to keep the food good, you have no way to store it once you get it home.

Electrical appliances such as stoves and hot water heaters also depend on electricity so you won’t have an indoor source of cooking or the ability to take a hot shower. That may not be so terrible in the summer but in the winter, it can be horrible.

You may have a temporary way to cook outside, such as a grill, but what happens when you run out of fuel for it?

It’s likely that you use electricity for communication, too. Even though your cell works for a short period of time when the power goes down, most batteries won’t last more than 24 hours without needing to be charged. Since most of us also use our phones for weather alerts and to read the local news, your handheld device is a crucial piece of equipment in short term emergencies.

Power Obtained from the Public Grid Costs a Fortune

Public electricity is also expensive. Most homes nowadays use it as the primary source of heating and cooling in addition to running electrical appliances.

In the winter, heating bills soar and in the summer, it can cost a small fortune to keep an average sized home cool. Officially, electric bills can reach as much as 20% of a low-income family’s income. In reality, it can be even more than that if the family only has one money maker.

Going off the grid even partially can reduce or eliminate that burden!

Another reason to build your own power generator is that you can greatly reduce your carbon footprint. The majority of electricity in the US is generated using fossil fuels such as oil, gas and coal.

Electricity use accounts for as much as 40% of the total energy consumed in America. That means that if you’re living on the grid, a significant portion of your carbon footprint is caused by using electricity.

Harvesting fossil fuels wreaks havoc on the environment and burning them creates greenhouse gases that damage the atmosphere.

Going off the grid is extremely clean because it typically uses sources such as the sun, wind or water to create electricity. Even if you opt to use biodiesel, you’re still greatly reducing your carbon footprint.

But Why Build Your Own Power Generator Instead of Buying One?

The obvious solution to dependence on public utilities is to go off the grid, but if you opt to purchase all of the equipment necessary to do so, you’ll need a small fortune.

You’ll also need training to use your equipment and if it breaks down, you’ll be dependent upon suppliers to get you the parts that you need to repair it.

There is another option, though: build your own power generator! There are several advantages to this option.

First and foremost is the cost. Generators that will run your entire house (or even your major appliances) can cost thousands of dollars. If you opt to go with a gas or diesel generator, you’ll have to store fuel to keep these generators running and they use several gallons per day.

If you build your own generator, you can use solar power, wind or water to fuel it. Biodiesel is another option. Regardless of which route you choose, you’re not going to be dependent upon fossil fuels to keep you going and you won’t have to store a ton of flammable gas or diesel in your shed or basement.

Another downside to gas generators is that they’re noisy. If you’re in a SHTF situation, the last thing you want to do is advertise to the world that you have power. It’s almost a guarantee that you’ll have to defend your property if things go south long-term.

You’re also going to run out of fuel eventually, which will make your generator as useless as your refrigerator. Not the best option.

Commercial Solar Panel Generators are Costly and Hard to Repair

Solar panels and all of the accoutrements needed to run them can cost thousands of dollars and are dependent upon specific parts and pieces to function correctly.

Sure, you can use them and keep spare parts handy if you have the money, but what happens if SHTF long-term and something breaks on them?

Also, do you have the knowledge to correctly diagnose and repair a commercial solar panel system? Most of us don’t.

There’s something to be said for the satisfaction gained from building your own power generator. Just as with all things, the sense of accomplishment and pride that you’ll feel is huge. You took a few pieces of material and built something that will keep you and your family comfortable no matter what happens.

When you build the system yourself, you don’t depend on anybody else and you know exactly how to fix it if it breaks. Chances are pretty good that you’ll even have the parts necessary to do so without spending a fortune or depending upon a supplier.

Some power generators can be built for as little as $300 and you don’t need a degree in engineering to do it. You will need some basic building skills but we’re going to tell you, step by step, how to build your own power generator in steps that are easy to understand and follow.

You can choose to go completely off the grid if you’d like or you can just do enough to power your major appliances or light up your shed. Just as with all things DIY, how much you do is up to you!