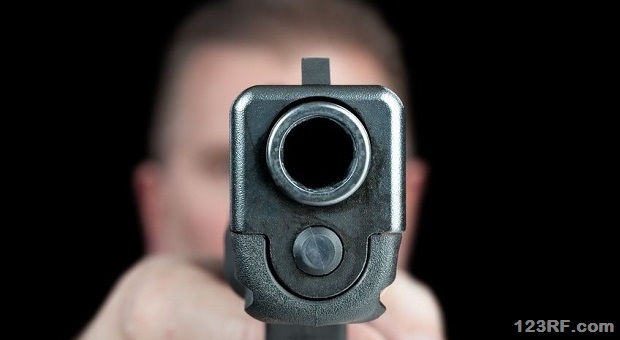 5 Habits Of The World’s Best Shooters

With the price of ammo increasing and shooting ranges becoming less available due to the expansion of our cities and increased restrictions, it’s becoming harder and harder to learn to shoot let alone become proficient or even expert.

Proficiency requires hours of training, and to be an expert is a completely different can of worms. Both require hundreds of hours of practice and thousands of shots. Just try achieving pistol mastery in your midtown apartment and see what happens.

As the world testers on the edge of destruction, prices go up, draughts, disease, riots, government collapse, and more, it’s extremely important to learn to shoot and to be comfortable with close quarters combat.

To meet the ever increasing demand for pistol training, Next Level Training has developed the most accurate pistol analog on the market, the SIRT pistol: it is 100% safe, silent, accurate to the real thing in form, function, and weight, and since it fire lasers rather than bullets, it is cheaper than spending a couple grand on ammo. 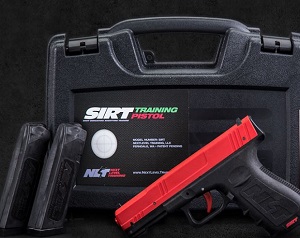 The SIRT pistol is no way a replacement for live fire training but coupled with the following training routines, you should have no problem maintaining your current skill sets and developing new ones.

These drills are safe and doable even if you are not using a SIRT pistol they will keep you on the top of your shooting game.

1. All of the Best Shooters Are in Good Shape

This does not mean that you have to be a triathlete or as big as a bull moose but it does mean that you need the physical strength and control to manage a firearm before, during and after the shot.

Make this drill a habit and you’ll be steady as a rock in no time. Step it up a notch and use this technique on the range with live fire.

Step 1: Pick up a cheap pair of 5 and 10 pound ankle weights from the sporting goods store and strap them on to your wrists.

Step 2: Stand with your SIRT pistol holstered and slowly draw, hold your firing position for 30 seconds, and then reholster. Complete 20 reps.

Step 3: Increase the weight to 10-pound weights on and repeat.

Step 4: Strap the 5-pound weights back on and repeat.

Do this 3 times a week and you’ll find that your pistol is much steadier on the range. If you find the weight to be too much due to an injury or medical condition then use smaller weights and slowly work up to the requisite 5 and 10 pounds.

2. Train Slowly and in Control then Pick Up the Pace

By training slowly with high attention to accuracy and movement you cement the actions into you muscle memory.

This is not some revolutionary technique, pianists and many other martial art forms and athletes use the same principal. Anybody can go onto the range and shoot fast – you’ll be lucky to hit your targets consistently.

What sets the highly accurate shooters apart is the attention to detail and economy of motion. The S.E.A.L. Teams have a saying ‘Slow is smooth, smooth is fast’, this is how you get to that point. Make it a habit to do a few slo-mo reps before any training session.

Step 1: Pick a target and get into position with your SIRT pistol holstered.

Step 2: Pick a drill, double tap, combat reload, or another, and go through the motions very, very slowly. Be conscious of your movements. Where is the muzzle pointing while coming to the target? Can you save time anywhere? Do you have to look down to reload? During reload, does the weapon come off target? And so on.

{adinserter bph}Shooting on the range can be Zen like. A real combat situation is far on the other side of the spectrum. Breathe control, trigger control, and stance, all the foundations can just go right out the window under stress.

Think about the armature boxer who does well in training but gets in the ring and flails about like a rabid chimpanzee. While the professional boxer keeps it together and hits when it counts. Make physical exercise a part of your pistol drill. Make it a habit.

Step 2: Drop and do a failure set of push-ups and immediately stand and preform a shooting drill. Rest one minute. Repeat.

Step 3: Repeat and change to a drill that requires you to move in reference to your target.

Up the ante and do burpees instead of push-ups. If you can’t do push-ups, do lunges or squats. Just get your heart pumping and your blood moving. This will keep you in shape and simulate stress.

A great shooter can pick up the pistol, point and shoot without thought. This is where the SIRT really shines. Make this a habit and your pistol will become like an extension of your body.

Step 1: Leave your SIRT lying around the house or office (if you can).

Step 2: At random, pick up your SIRT, acquire a target and fire as quickly and thoughtlessly as possible. It could be a character on TV, a wall socket, or anything; the only thing that matters is that the target is always different.

This sounds super simple, and it is. The point is to make pointing the pistol as natural as pointing your finger.

You may need to shoot from a variety of positions while maintaining stability and by extension accuracy.  Knowing which style you prefer, weaver or isosceles and being able to manage through all their variations is key. For more info check the USMC Pistol Marksmanship Manual here.

Make training in both styles a habit. You should be able to shoot well from any position and any angle using any style.

Step 1: Stand ready with your SIRT pistol holstered. Draw and fire a double tap in either style.

Step 2: Keep the SIRT on target and drop to the high knee position as show in the manual. Fire again.

Step 3: Keep the SIRT on target and drop to the low knee position as shown in the manual and fire again.

Step 4: Keep the SIRT on target and drop to the two knee position as shown in the manual and fire again.

Step 5: Keep the SIRT on target and drop to the prone position as shown in the manual and fire again.

Adding difficulty by combining the above techniques. For example, try swapping mags while moving from one position to the next, do the whole thing very very slowly – remember the second principal.

I hope this helps improve your accuracy, keeps you in shape, and keeps you safe when it counts. There is an old saying, one that I live by, ‘Sweat saves blood’, keep training and the chances are that you’ve out trained your opponent.

This article has been written for Survivopedia by Josh Bennet from sirtsurvival.com.

Josh is an avid outdoorsman, prepare, and athlete. He has authored many articles on various related topics and is working on his first work of fiction.