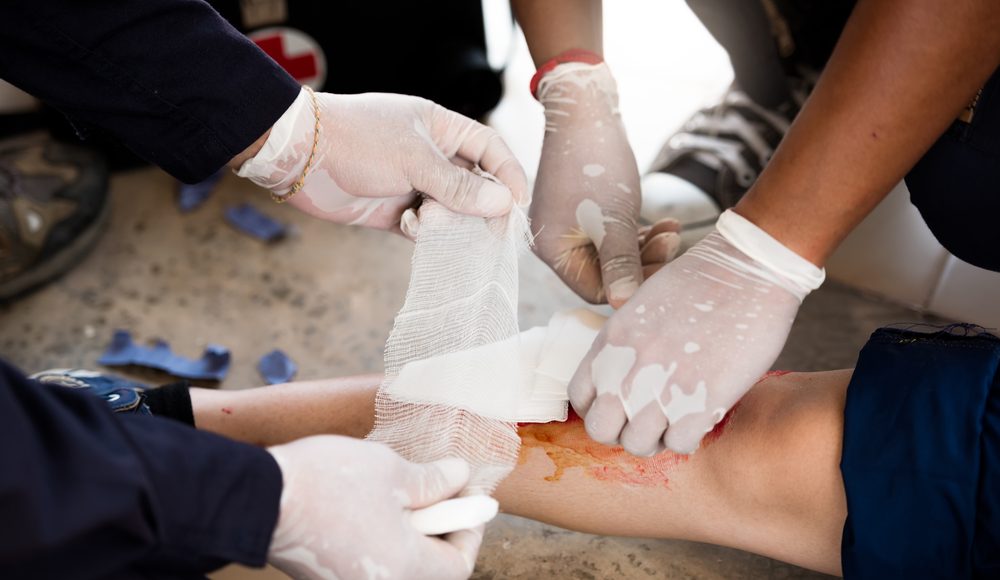 Basic First Aid skills everybody should know in times of danger

As a result of the occurrence and development of any emergency, there may be injured or human casualties. In addition, the nature of the crisis does not allow to prepare in advance the resources necessary to provide first aid (medical personnel, medicines, medical institutions, specialized transport).

In this regard, the question arises of giving first aid to victims.

First aid is a set of measures aimed at restoring or preserving the life and health of the victim. It should be provided by the one next to the victim, or the victim himself, before the arrival of medical personnel. NCLEX RN will help you assess the level of knowledge, skills, and abilities required for safe and effective nursing practice.

The nature of the first aid depends on the condition of the person affected in an emergency (catastrophe, environmental or natural disaster, such as floods, earthquakes, etc.). It is determined directly at the site of the injury or near it and requires the use of improvised means. Timely and correctly provided first aid saves human life and prevents the development of adverse outcomes.

In an accident that injured a person, the first thing to do is to feel the victim’s pulse on the radial artery, which runs on the inner surface of the forearm, near the hand. Pulse may be absent: with weak heartbeats, the blood wave may not reach the body’s periphery. In this case, the pulse has checked closer to the heart – on the carotid arteries located in the neck, close to the heart.

A weak pulse indicates a weakening of cardiac activity. If there is a pulse, but the person is not breathing, artificial respiration is necessary. If the pulse and respiration are absent, an urgent need to start cardiopulmonary resuscitation.

The need for artificial respiration occurs when drowning, electric shock, poisoning with various toxic substances or drugs, traumatic shock, and also in any case when the victim shows signs of respiratory distress.

With all these manifestations, artificial respiration is necessary. To do this, you need to properly lay the patient and ensure free airway patency, unfasten all compressing parts of his clothing. If there is content in the oral cavity or pharynx, it must be quickly removed with a handkerchief, napkin wrapped around a finger.

The most effective methods of artificial respiration “mouth to mouth” and “mouth to nose.”

There are the following types of bleeding:

Capillary bleeding occurs when small vessels are damaged. As a result, blood oozes over the entire surface of the wound like a sponge. Typically, this bleeding is not profuse. Instead, capillary bleeding is stopped by applying a pressure bandage directly to the injury.

Arterial bleeding is determined by the scarlet, bright red color of blood, which is thrown out of the wound in a pulsating stream, sometimes in the form of a fountain. It is life-threatening, as a wounded person can lose a large amount of blood in a short time. Therefore, it is necessary to stop the bleeding quickly. The easiest way to stop it is the digitally compressed artery above the wound site. However, a digitally compressed artery is only the first measure used for arterial bleeding. It can be used only for a brief period to prepare for applying a tourniquet or twist on the limb or a sterile pressure bandage on other parts of the body. This is why it is so important to keep a first aid kit in unassembled kitchen cabinets.

Venous bleeding is determined by the dark red, cherry color of blood that flows out of the wound in a continuous stream, but slowly, without jolts. This bleeding can often be profuse. To stop it, it is enough to apply a tight sterile pressure bandage and give an elevated position to the affected part of the body. If large veins are damaged, a tourniquet is applied to the limbs. In this case, the tourniquet is applied below the wound and tightened less tightly than arterial bleeding.

To restore the activity of a stopped heart, cardiopulmonary resuscitation is used, consisting of the simultaneous massage of the heart and artificial respiration. This way, blood is supplied with oxygen.

When the victim does not have serious injuries, cardiopulmonary resuscitation restores cardiac activity. Therefore, it is good if this procedure is carried out by not one, but two or even three people.

If one person carries out resuscitation, then after every fifteen compressions of the sternum with an interval of one second, he should, having stopped the massage, take two strong breaths using the mouth-to-mouth or mouth-to-nose method.

If two people are involved in resuscitation, it is necessary to inflate the lungs once every five compressions of the sternum.

It should be remembered that a rough external massage of the heart can lead to severe complications – a fracture of the ribs with damage to the lungs and heart. If a pulse appears, artificial respiration should be applied.

Wounds are mechanical violations of the integrity of the skin or mucous membranes. For example, wounds cut, stabbed, chopped, bruised, crushed, lacerated, gunshot, and others.

Wounds can be superficial when only the upper layers of the skin are damaged (abrasions) and deeper when all skin layers are damaged, and deeper tissues (subcutaneous tissue, muscles, internal organs).

If the wound penetrates any cavity of the chest, abdominal, skull – it is called penetrating.

Bruised, crushed, and lacerated wounds resulting from falling structures and fragments of the walls of destroyed buildings and structures are accompanied by extensive bleeding into the subcutaneous tissue and deeper tissues.

Most wounds bleed from damage to the blood vessels.

The first aid for injury is to stop bleeding, protect the wound from contamination, and create peace for the injured limb.

Protecting the wound from contamination and microbial contamination is best achieved by applying a dressing. To apply a bandage, gauze and cotton wool, which are highly hygroscopic, are used. Severe bleeding is stopped by applying a pressure bandage or a hemostatic tourniquet to the limb.

When providing first aid for a fracture, it is necessary to ensure the immobility of the fracture site, which reduces pain and prevents further displacement of bone fragments. It is achieved by applying an immobilizing bandage to the damaged part of the body, creating immobility. Ready-made standard tires are used for immobilization.

However, in some cases, they may not be at the crash site. Therefore, improvised material (sticks, canes, skis, umbrellas, boards of suitable size, pieces of plywood, rulers, bundles of reeds, etc.) is used to apply tires.

A burn is tissue damage caused by heat, chemicals, X-rays, or radiation from nuclear bombs (radiation burn). First aid for burns should be aimed at stopping the impact of high temperature on the victim – you should extinguish burning clothes, take (take) the person out of the high-temperature zone, remove smoldering and heated clothes from the surface of his body.

A person burning clothes should not be allowed to run since the air movement generated during running does not knock down but fan the flame even more. Instead, the victim must be put on his back, quickly removed, or extinguished burning clothing in any way: pour water, throw sand, cover with liquid clay or mud.

Contrary to popular belief, burnt places should not be greased with fat, various oils, petroleum jelly, grated potatoes. The applied fat facilitates the penetration of infection and complicates the initial surgical debridement of the burn.

Everyone should know the basic methods of providing first aid in emergencies. At the same time, the degree of civilization of a person directly depends on his awareness in this area.

The number of people injured due to emergencies is much higher than those killed in the first minutes, and most of the deaths are accounted for by seriously injured people who were not provided with first aid promptly.

It is essential to know that injuries that cause damage to the skull, brain, chest, and abdominal organs, especially accompanied by profuse blood loss, can disrupt vital body functions, including blood circulation and respiration.

Cessation of blood circulation and respiration for more than 5 minutes under normal conditions lead to irreversible changes in the cerebral cortex cells. This is why it is so essential to provide immediate first aid. These simple techniques do not require special equipment and additional conditions, but they are critical.

Jennifer Monroe is an architect. She is young and ambitious, with a degree in architecture. She has eight-plus years of experience in interior and exterior design. Her mission is to inspire others to live their dreams and create their perfect sweet homes. 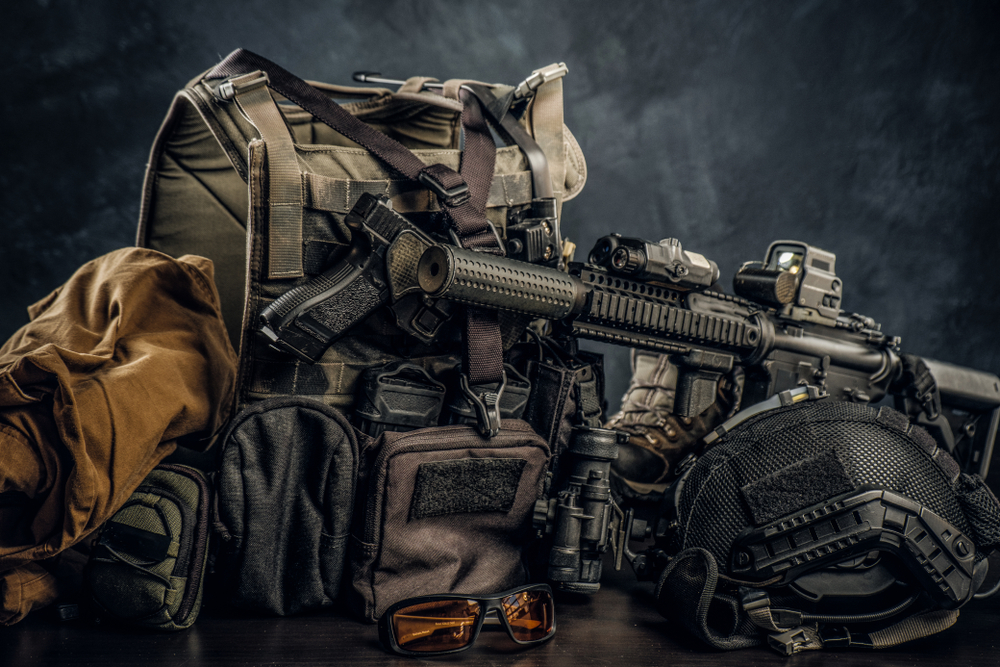 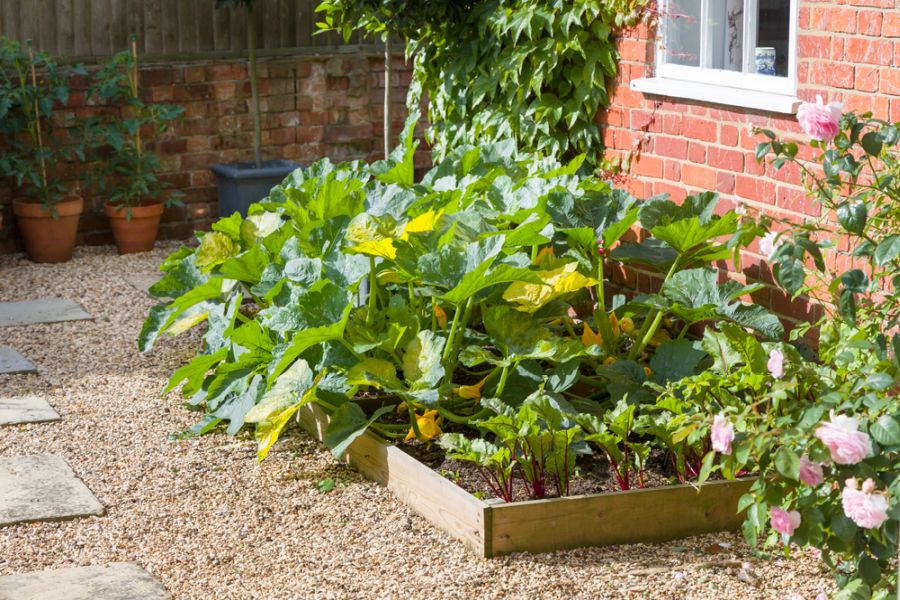 How to turn your driveway into a vegetable garden 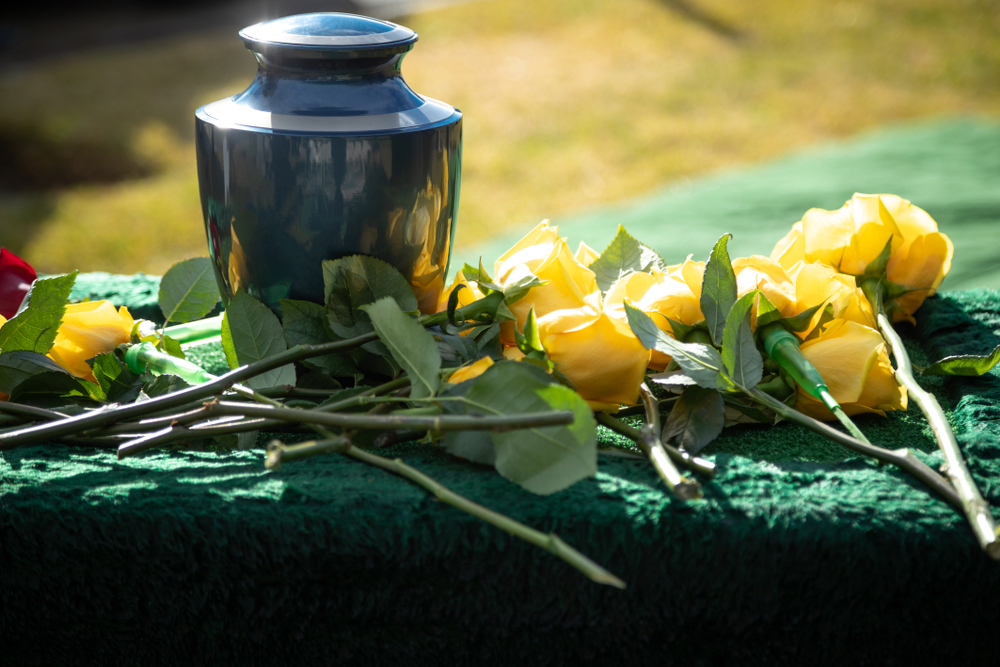 A few considerations regarding a backyard burial