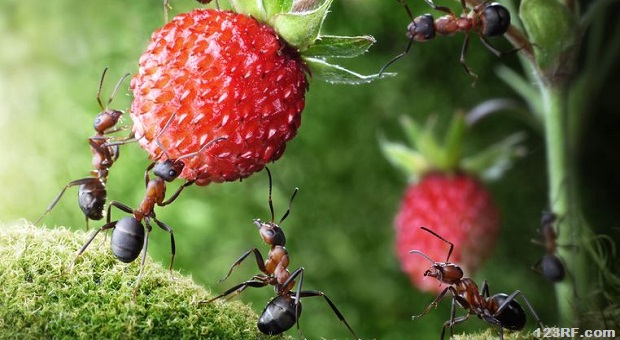 Way back in the days of “eat or be eaten”, man knew how to thrive by using innate survival skills. Over the last 100 years or so, our lives have been softened by industry and technology.

If you took the average college student from his dorm room and placed him in the wilderness, he’d die pretty quickly. His reflexes would be slow and he’d have no idea what to eat, how to find water or how to defend himself.

{adinserter emp}Humans are the only species that have done this and if we’re to survive, we need to take some notes from our fellow critters.

Here are some survival skills that we can learn from animals.

Patience, Speed and Dexterity from Bears

“Graceful” may not be the first term that comes to mind when you think of a bear. If you’ve ever watched on fish, you’d think differently. A bear will stand patiently and watch for a fist to go by. When he sees one, he’s quick enough and dexterous enough to reach in a grab it as it swims by before it can get away.

Native Americans were skilled at doing this so there’s no reason that you can’t, except that maybe you’ve never been that hungry.

Teamwork, Persistence and Organization from Ants

The reason that ants work together so successfully is because they are 100% dedicated to the same goal: survival of the colony. Everything that they do is toward that end. If one ant finds food, they immediately communicate that find to the rest of the colony.

Also, every job that needs done is defined and assigned to a certain group of ants and those ants work tirelessly together to get that job done. The colony is a well-oiled machine.

Another great attribute of the ant that we need to re-adopt is persistence. Have you ever seen an ant stop because you place an obstacle in the way? Does the ant just throw up his hands and say, “Man, there’s a stick in the way. Guess I better just give up and go have an ant-beer.” No way. He finds a way over it, under it or around it, or he moves it, then keeps going. What a great lesson!

And beavers are also very well organized and persistent when building their nests, just watch the little fellow on the video!

Dedication to Family and Group Survival from Penguins

Male emperor penguins form what’s called a scrum, or a closely knit formation, to keep each other warm. They’re so dedicated and aware of their fellow penguin that if one moves even 2cm away from the group, the rest of the group shifts in a wave to adjust to that. Just 2cm!

Since the males are responsible for keeping watch over the eggs while the females return to the sea to feed, maintaining the body temperature of the individual is vital to the survival of the species.

The video below shows a different example of how dedication works with elephants. It’s heartwarming how old elephants introduce orphan cubs to the wildlife after being saved by the David Sheldrick Wildlife Trust.

Video first seen on The Tech Museum of Innovation.

In another video, see how birds are dedicated to their family survival, taking all necessary cautions when building their nests.

Respect for the Alpha and the Hierarchy from Horses and Deer

Herd animals have a well-defined hierarchy that quite literally keeps them alive. Though many think that it’s the buck or the stallion that keeps watch over the herd, it’s not. There’s a strict hierarchy in the herd and the mare or doe at the top, known as the alpha, is the one who keeps watch out for predators.

Of course, the entire herd is always aware but if a threat is detected by any member, it’s often the alpha that decides whether the herd runs or fights and when she says to go, the entire herd does so without question.

The same rule applies to decisions regarding direction or stopping to eat or drink. If the alpha says to keep moving, that’s exactly what they do, no matter how tired, hungry or thirsty.

They stay alive because of her instinct to lead and their instinct to trust her and follow. In any group, a hierarchy is necessary for the survival of the group. This is a great survival skill we can learn from animals.

In the animal kingdom, survival is the primary goal of every critter but man. When you remove the human factor, you’ll see that animals are the epitome of the survival model: they work hard to gather food, they protect their young and each other, and they have an organized leadership system that keeps things running smoothly so that chances of survival are optimized.

Community food supplies, an inborn instinct to share (at least with the young) and protect the colony, the instinct to run and the patience to wait for the right moment are all inherent traits for everybody but man.

There are definitely some survival skills that we can learn from animals. Maybe we should all take a page from the Animal Kingdom coloring book in order to optimize OUR chances for survival!