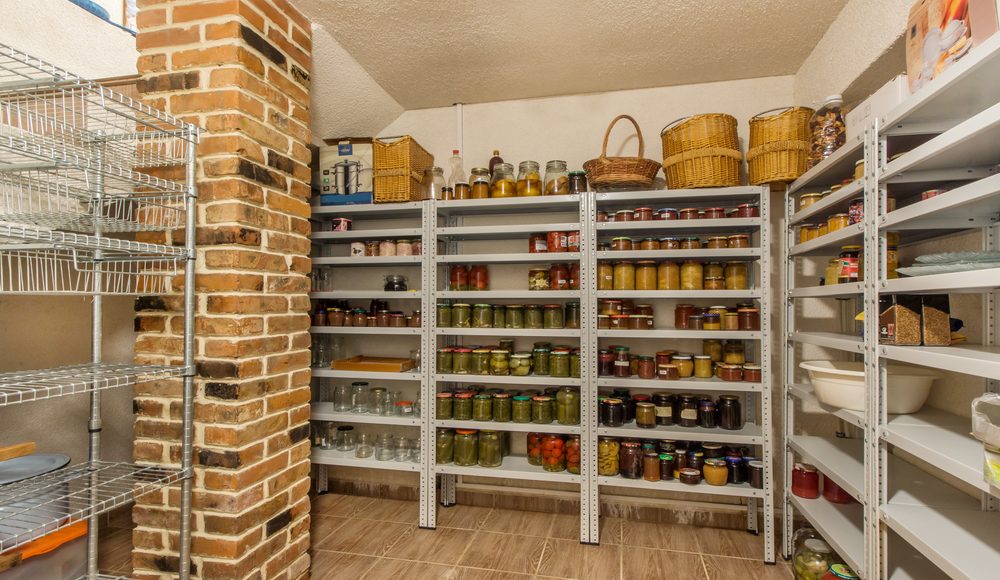 A few years back, when I started organizing our pantry and “prepping” it, I found out that some foods we store in it can actually cause us harm.

A close friend of mine working in the food industry asked us if we have any poison in our pantry. We obviously said no, and we started laughing.

However, we were the only ones laughing, and he started schooling us, telling us how certain foods like potatoes, lima beans, and even peanuts can become poisonous under certain conditions. He told us that even apple seeds, rhubarb leaves, and many others from our pantry are poisonous, and that’s why I decided to share the things we’ve learned from him.

As you will see in this article, there are certain health hazards that can arise if people eat various plants and vegetables. Most times, this occurs because people lack knowledge about the foods they are storing for harsh times.

I can bet you anything that if you go outside right now and stop ten people to let them know that potatoes can be poisonous, most, if not all, of them will not believe you and call you a fool. In the best-case scenario, maybe one or two people will know what you’re talking about.

The following list can help you figure out if you have a hidden poison source in your pantry.

Apple seeds contain cyanide. You’ve probably heard about this poison since it was used as a gas to execute prisoners back in the day. It was also the DIY poison of many housewives that decide they can no longer tolerate the company of their unfaithful husbands.

Now before you start looking funny at the apples in your pantry, you should know that the seeds in one apple or two won’t hurt you. However, there are cases of people eating apples in large quantities and eventually building up a toxic level in their body. Even more, people used to save the seeds and make the best homemade poison there was back in the day. The lethal dose of apple seeds is between ¼ and ½ cup of seeds.

Just like the seeds of an apple, the pits of cherries, peaches, and plums contain the same poison, cyanide. The bad news with these fruits is that a fatal dose for children can be as low as five pits if the seed capsule has been broken. Even more, people used to roast apricots pits back in the day to enjoy them as quick snacks, and some ended up in serious conditions after eating more than 30 such pits.

It was established that some foreign lima beans contain 300 mg of hydrogen cyanide per 100 grams of beans, so it’s important to know everything there is to know about the beans you are growing. As a safety measure, you should know that in the U.S., the standard set for white lima beans is 10 mg per 100 grams.

Potatoes were the cause of death for many people throughout history. As a general characteristic, potatoes contain glycoalkaloid poison called solanine, which is highly poisonous.

Solanine concentrates under the skin of sunburned and spoiled potatoes, turning them green. It also forms in potato sprouts, and you’ve probably heard about it. If that’s the case, you should also know that you need peel suspect potatoes to the depth of the green part and boil them. Boiling leaches out the solanine, and it can be discarded with the water because heat alone will not destroy this poison.

The same glycoalkaloid poison (solanine) can be found in tomatoes. The leaves, stems, and shoots of the plant are very toxic, and there were cases recorded of children ending up in the ER after accidentally ingesting these parts. Although the plant is poisonous, the ripened fruit (yes, tomatoes are fruits) can always be eaten safely.

Another plant in the same solanum family is the eggplant. It is known that the leaves, stems, and flowers contain the same Solanaceae alkaloids, and the raw fruit may also have certain solanine content. To always be on the safe side, never eat the fruits raw and always pick the healthy, ripen ones if you decide to cook eggplants.

A diet that includes onions in large amounts or as the sole ingredient of the diet over a couple of weeks can cause severe health problems. There have been reported deaths in cattle which ate large amounts of onions. The toxic principle is thought to be an alkaloid that causes severe anemia in man, as well as digestive disturbances and/or stomach upset.

My family eats tapioca, and I’ve learned about the hazard of cassava poisoning from a young age. The dried root of cassava, which is used for tapioca, may contain cyanide. Cassava varieties are often categorized as either sweet or bitter, signifying the absence or presence of toxic levels of cyanogenic glucosides, respectively.

The bitter variety can produce as much as 1 gram of cyanide per 2 pounds of fresh roots, and the cassavas grown during drought are highly toxic. In those consuming large amounts of cassava, it was discovered that in time it leads to chronic pancreatitis.

Mustard greens are often used as a springtime treat by outdoor enthusiasts, but you have to be cautious. Large amounts can cause severe irritation to the mucous membranes of the intestinal tract. Also, it was discovered that mustards, along with cress, and all the cabbage family of plants, can accumulate dangerous levels of nitrates and eventually cause goiter problems.

I have yet to meet a person that doesn’t enjoy rhubarb pie. The pie itself is delicious, but the leaf blades can be poisonous since they contain oxalic acids and soluble oxalates of potassium and calcium.

A lot of people are eating the leaves without worrying about oxalic acid poisoning, although eating large amounts is known to cause death. Again, heat does nothing to remove the poison, so if you decide to enjoy rhubarb leaves, you should eat them in moderate quantities.

Poke greens are very popular in the South, and folks there have learned that you have to boil it in two waters (that need to be discarded) if you want to avoid getting sick. The plant contains the bitter glycoside saponins and a glycol-protein. Even the ripe berries are cooked to make pies; however, these are known to be dangerous for children if eaten raw.

Besides the foods named in this article, there are also some plants worth mentioning since many of them can find their way inside your garden. For example, Mistletoe, Oleander, and Dumbcanes (Dieffenbachia) are all poisonous. In fact, Oleander is known for having killed boy scouts who died after roasting hot dogs on oleander stems.

All the foods listed in this article will harbor hidden poisons in your pantry that can cause serious health issues. If you rely solely on the foods you’ve stored to survive an SHTF scenario, you need to learn how to handle and cook these foods properly.  For me, the most upsetting fact is that the vast majority of people don’t even know about their existence and accidents often occur when handling and consuming such foods.

This article was intended as an introduction or general knowledge about the poisons that can be found in many of the foods we are consuming on a daily basis. This should be now seen as a scare factor, but it should be noted that the implications of handling and consuming such foods long-term, without knowing anything about their properties, can lead to health hazards.

It’s useful and important to figure out and learn everything you can about what can be considered harmful, as well as what is good food when you are responsible for your own food supply.