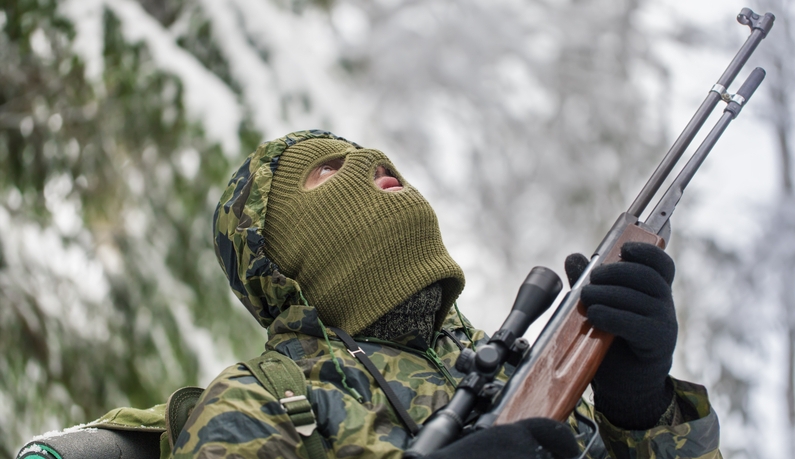 Winter is easily the most unforgiving of seasons across many parts of the world.  Yet there are people who chose to live their lives in desolate stretches of backwoods terrain where winter is often the longest season of the year.

These individuals, equipped with the necessary skills to live in the wild, must fight for survival on a daily basis.  Every part of their daily livelihood, from the fuel that heats their homes to the food they put on the table, is provided by nature and harnessed by their own determination.

There are many things to be learned from these modern-day survivalists.  Among them are the skills necessary to hunt for survival during the harsh winter months.

Granted hunting and gathering food are often the most difficult aspects of a survival scenario in any time of year, but sustaining your caloric intake during winter is critical to survival.  Unfortunately, the cold, wet, and windy conditions brought on by winter can make finding sources of food more difficult than during the warmer months.

These same conditions take a critical toll on your body, making it all the more necessary to stay nutritionally sound.  With that said, there are certain skills you should possess to help make winter survival hunting a more fruitful endeavor.

Let’s take a look at a few DO’s and DON’Ts to keep in mind hunting for winter survival.

Do learn some game-scouting techniques and study different animal’s behavior during winter months.  Bitter cold and heavy snowfall can cause a lot of animals to go into their own survival mode and force them to pick their own feeding and hunting opportunities carefully. 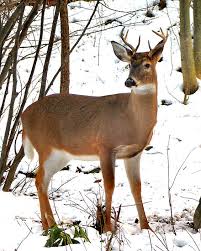 For instance, whitetail deer are often out in search of food during the midmorning and/or the last few minutes of daylight in winter months.  To have the best chance of snagging a kill you must position yourself close to their feeding spots during those hours and wait for them to come into your line of fire.

In a survival situation nighttime hunting isn’t much of an option, as you’d put yourself at risk to frostbite and hypothermia.  You need to know which animals are out and when and where they feed in order to have a chance at a kill.

Don’t position yourself in single location and expect the game to come to you.

While conventional hunting often sees the use of tree stands and blinds in areas with heavy animal traffic, different rules apply for winter survival hunting. Winter is the time when you have to be aggressive in order to get a kill that puts food on the table.

Use the wind to your advantage to close in on your game while feeding or in the open and use snow and ice covered terrain to deter their escape.

Do hunt in sunny areas as opposed to shaded woods and valleys.  Staying warm is as big of a goal for animals during the winter as it is for you, which is while you’ll often find them on ridges and hills facing the sun.

Hunting downwind of a west-facing ridge, especially when close to a feeding area, can yield solid results in wintertime.  On particularly cold or snowy days, many animals will seek shelter or forage for food near juniper, evergreen, and other heavily bowed trees where the snowfall is lighter.  Put yourself in the same mindset of your prey and think about where you would go for warmth, shelter, and food–that’s where you’ll be most likely to get a kill.

Don’t hunt the same spots every day.  Don’t even go after the same animal everyday, especially if your life is on the line and food is an immediate necessity. Even the most experienced hunter can be fooled into thinking a location or tactic will continue to work if it yielded a successful result once. Mature animals often learn to recognize the threat of being hunted and know when, how, and where to move to avoid becoming your next meal.  The less predictable you are, the more likely you are to come across choice game.

Do learn how to trap.  In a true survival situation you may be without a proper weapon to hunt effectively. 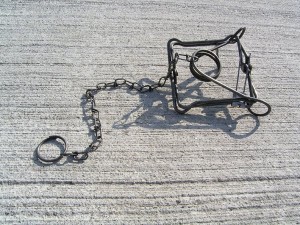 Trapping, especially during winter months, can be a much more efficient way to catch food than hunting.  Granted the results are often much smaller game with fewer calories, the chances of success are relatively higher.

Snares and wires should be part of any survival kit, as should the know-how to put them to use.  For the best results you should set up traps at the beginning and end of each day and check them before and after the time you spend in the field hunting.

Don’t think that funnels and runs are guaranteed spots to set traps or wait for a shot.  Its true that many animals use the same runs on a regular basis, but not necessarily day in and day out.

Accordingly, the larger and more mature game will often take a rough, unused route and leave the funnel for the young to use.  You may choose to leave a snare or two on a heavily used run, but don’t expect it to yield surefire results.

Keep in mind, surviving in a harsh winter environment can demand the most from your body.  Getting a meal on the fire and into your belly is always going to be a priority, but never risk overexertion for the sake of food. In a winter survival scenario, staying warm and hydrated should be your top priorities.

Before attempting to set out in search of game, make sure you have a shelter, fire, and warm pot of water waiting for you when you return!