Why To Buy a Solar Oven, Rather Than DIY

I’m a consummate do-it-yourselfer. Maybe it comes from having been an engineer. As they say in the Dilbert comic strip, I’ve got “the knack.” But now I know that buying a solar oven is a better idea than doing it in my very own garage.

Ready my story below, and you’ll see WHY. There’s also an alternative for you, and the offer is so attractive that you should grab it in seconds!

I enjoy fixing things and even more making my own things. Many times, I’d rather make something myself than buy it, just for the fun and challenge of being able to do it. Besides, who doesn’t like to brag about having made something themselves?

I’ve built everything from my own guns to my own ballistic armor; from furniture to home additions; I’ve rebuilt engines and restored cars. There really haven’t been very many projects that I wasn’t willing to tackle. It’s all been a series of fun learning experiences for me.

One of the things I’ve learned though all that is that there are just some things you shouldn’t try building yourself. I mean, rebuilding an engine is a great project, but that doesn’t mean you should try building your own from the ground up. Designing all those parts is just a bit too complicated for one person to try and do themselves, and I don’t happen to have access to a complete machine shop.

There are other projects that shouldn’t be done at home, as well. Either they’re too dangerous or it’s just too hard to get them right. Often, that’s because special equipment and techniques are required that most of us just don’t have. I’ve seen a lot of cases where that special equipment is just too darn expensive, to make it worthwhile buying it for just one or two home projects.

That’s what I ran into when I tried making my own solar oven. Yes, I’ve tried that too. Actually, I’ve made a couple of different types. But I’ll have to say, my results from my homemade solar ovens were less than exciting, definitely not up to the level of work that I put into them.

How a Solar Oven Works 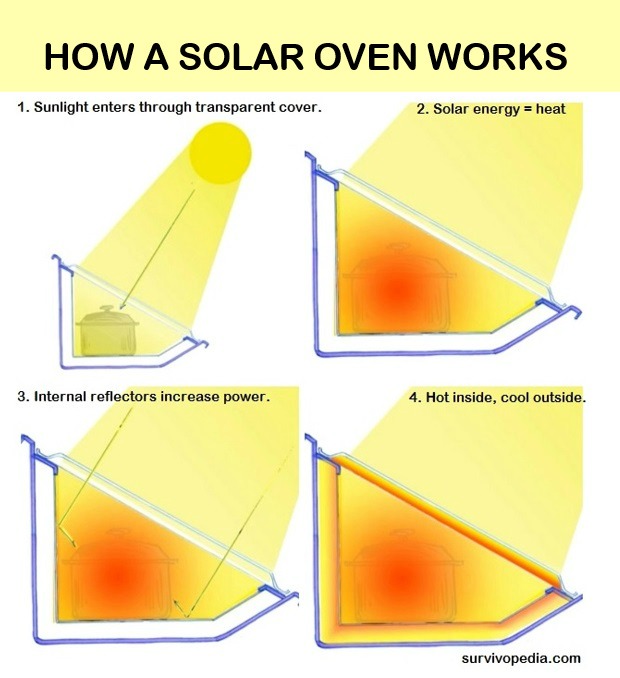 We all know that the sun provides us with a huge amount of heat. When sunlight hits solid objects, much of the light energy is converted to heat. The darker the object that is struck by the sun, the less light is reflected and the more that is converted to heat energy.

Of all surfaces, the surface that absorbs the least amount of sunlight is a reflective surface, such as a mirror. Instead, that light bounces off the reflective surface and is redirected in a new direction. This gives us one way of concentrating the sun’s rays. When concentrated sunlight hits a surface, it can generate much more heat than plain sunlight alone.

This is the concept that any solar oven operates under. It doesn’t matter if you’re talking about the world’s largest solar furnace, with a reflective field of 10,000 mirrors or a solar oven that you use to cook up a batch of stew. Both of them work by concentrating sunlight; it’s just a matter of how much sunlight they can concentrate, which affects how hot a temperature they can generate.

In this we find the problem with making your own solar oven. Coming up with good reflective surfaces is not easy. Making your own is even harder. So what most people do (myself included) is use something that is readily available and already highly reflective. With that criteria in mind, the most common material people use for homemade solar ovens is aluminum foil.

The other problem, which goes hand in hand with the one of how highly polished the reflective surfaces are, is their angle. Sunlight, like all light, obeys the laws of physics. That means that the angle that the light will reflect off a surface is predictable.

But if the surface is at the wrong angle, the sunlight will be reflected in the wrong direction. Rather than hitting the pot dead-center and creating heat, the sunlight can end up being reflected right back out of the oven, accomplishing nothing.

Solar ovens are slow cookers to start with; they’re more like crock-pots. You put your food in them in the morning and allow them to slow cook all day long. So if your solar oven doesn’t have good reflective surfaces, you might have to start your stew the day before, in order to have it done in time for supper. 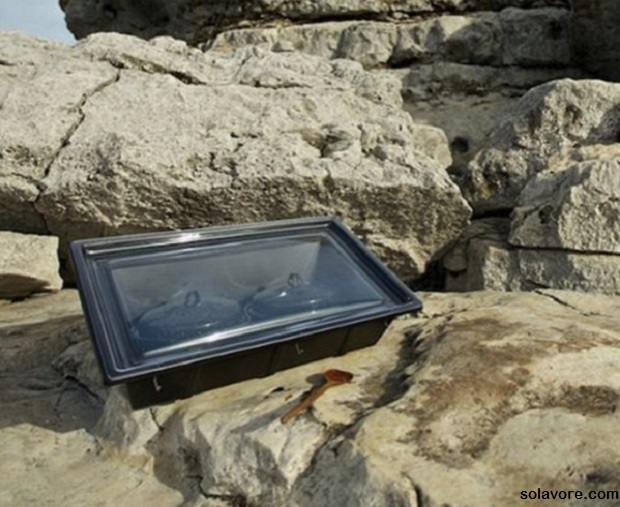 All this together means that your home-built solar oven might not be as good a slow cooker as you want it to be.

Unless you’re willing to invest the time and expense in being able to have highly polished surfaces and develop the right shape for the cooker itself, to ensure that the sunlight is being reflected onto your food pot, you might just find that your solar oven is more of a curiosity, than a help. You might also find yourself going out for dinner, when your meal doesn’t cook like you expect it too.

So forget about making your own solar oven, and buy one instead, because we found one that deserves every penny, and wrote a review on this awesome product on Survivopedia.