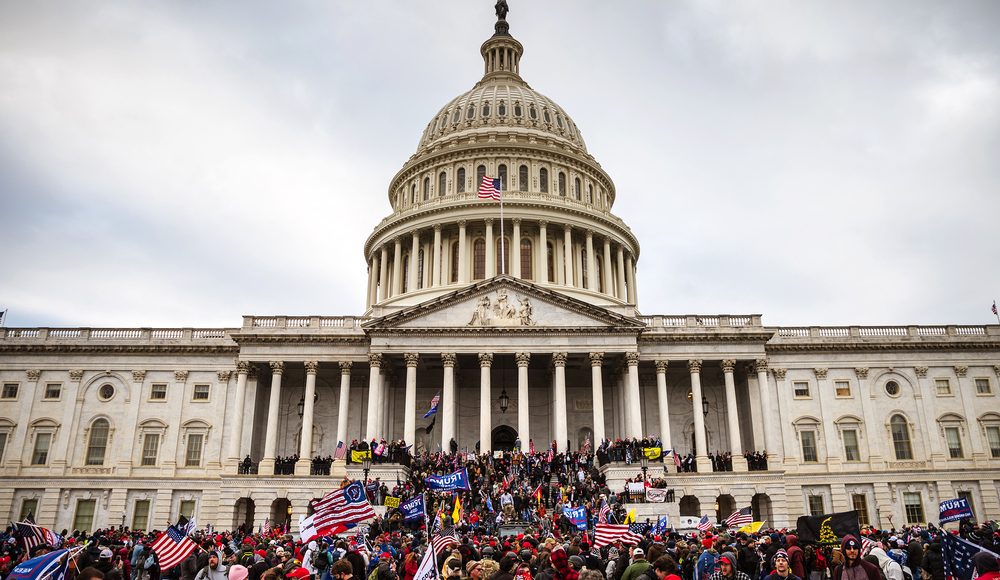 Allow me to start with one simple statement – Extremism, in all forms, is dangerous.

Those who get involved in any sort of extremism tend to either be or become extremely self-centered. All that matters is them, their group and what their group believes. Everyone else is just someone getting in the way of what they want. Regardless of what that is or what it is based upon, it tends to be totalitarian.

This is totally contrary to what this country was founded upon. As the framers of the Constitution struggled to come up with an appropriate form of government for our fledgling nation, one of their big concerns was how to make it possible for diverse groups of people to live together in peace and harmony. Even as the original 13 colonies, the United States consisted of people with different cultural and religious backgrounds, some of which disagreed fiercely with each other.

The idea behind our form of government, especially our legislature, was to create an atmosphere that fostered open intellectual discussion, seeking out answers that worked for everyone. Or, if it was impossible to work for everyone, then to work for the most people possible.

Yet there are forces at work today which are fighting against those safeguards, seeking to turn the country into something much different than what was originally intended. The move to do away with the Electoral College is a perfect example of this. If passed, it would mean that the states with the biggest populations would have total control over the electoral process. If those states were controlled by any sort of extremists, it would negate the voice of anyone not in agreement with them.

Look at Muslim extremists as an example. We’ve all seen how the radicalization of Islam has led to an increase in Muslim terrorism. In the minds of those terrorists, killing infidels is warranted and in fact a “holy act.” Put simpler, anyone who doesn’t agree with them deserves to die and they feel it is their god-given task to kill those people, much like stomping on a cockroach.

As the Koran is written, the Islamic religion requires a level of obedience that is foreign to those of us who have been raised in a Judeo-Christian society. Lack of conformance to a particular sect’s doctrine, even in some rather small points, is enough to label one as an infidel, which is a capital crime.

This has caused the greatest acts of radical Muslim terrorism to be committed against other Muslims. We tend to focus on 9-11 and other terrorist attacks which have affected us here in the United States, but that’s at least in part because we are unaware of what Muslim terrorists are doing elsewhere. Having a fuller picture wouldn’t lessen the horror of 9-11, but it would allow us to see it from a different perspective, as part of a larger whole, rather than an isolated incident.

Extremists of any sort don’t put limitations on themselves or their own actions, although they are perfectly willing to put them on others. The rights of those others don’t matter, nor does their property or even their lives. On the other hand, the rights, property, and lives of the extremists are sacrosanct in their minds, even imagined rights.

Throughout much of the last year and even before that, we’ve seen extremist elements at play. The violent protests that grew out of the unwarranted death of Georg Floyd have been fomented by extremists. I’m not talking about the protests themselves, which are a right protected under the First Amendment; I’m talking about the rioting and looting that grew out of them.

Some newscasters have said that the BLM demonstrations were “mostly peaceful;” and from a statistical point of view, they are right. Only about 10% of the protests turned violent, so yes, most of them were peaceful. But that doesn’t diminish in any way the crime, violence, and destruction of the 10% that turned south. The people who started the violence in those cases, and those who followed them, are clearly culpable for over a billion dollars worth of damage.

This doesn’t necessarily mean that the people of those cities were or are extremists; but rather, that there were extremists in their midst. There is ample evidence through the demonstrations and riots of the last several years to show that in many cases, the people who start and orchestrate the violence are brought in for the event. There’s even some evidence that this happened during the attack on the Capitol building on January the 6th.

I was saddened by that attack. To think that people who identify themselves with the conservative right would stoop to such acts simply shows that the extremism of any brand is equally dangerous. I’m sure that those who were in the van of that attack were such extremists, even if some who followed just to see what was going on weren’t.

There are those who have claimed that the people who stormed the capitol weren’t Trump supporters, but rather ANTIFA. But those stories were debunked within the first 24 hours. While I won’t say that there wasn’t an ANTIFA representation there to try and take advantage of the situation, if they were, then why weren’t they dealt with as they were at other Trump events in the past, calmly taken down and removed from the event?

To a large part, the political discourse in this country is being driven by extremism. It is not the normal conservatives and liberals who are having a discussion, because the extremists are calling out those who are not extreme enough for their tastes. This is giving a minority of the people an abnormally loud voice, as they bully everyone else. But just as with any playground bully, they can’t stand up to someone who knows their ground and won’t be bullied. We need our politicians on both sides of the aisle to recognize the bullying (especially within their own party) and take a stand against it.

If often find myself caught in the middle of this, with family members who are on the “other side.” While I have considered myself a staunch conservative for years, I find that there are some issues which I find myself at odds with the Republican Party over. I rectify that in my own mind, by realizing two things: first, the Republican Party really isn’t a conservative party; they’re just more conservative than the Democrats. And secondly, both parties are run by politicians, which is another way of saying that they are run by liars. You can’t really trust any of them.

Through the last four years, the Republican Party has seemed to be much more supportive of the average worker than the Democrats are; a definite switch from times past. Yet, that’s not set in stone.

After months of wrangling, Congress finally put together a package, giving a $600 stimulus check to American citizens and a whole lot of pork to other countries and government agencies. It had been held up by Nancy Pelosi, the Democrat Speaker of the House, who unabashedly stated that now that we were getting a new president, it was okay for a stimulus package to go through. Although he signed it, the president called for a $2,000 check to all Americans. Yet it was Mitch McConnell, the top Republican in the Senate, who blocked it. He didn’t even have a good explanation for his actions, as he bundled that together with two other things the president wanted, which were clearly not going to pass.

Just because our politicians are becoming more polarized doesn’t mean that we should too. If anything, now is a good time to reach out to others. Many of the first-time gun buyers from last year and those who the COVID pandemic has motivated to get involved in prepping are leftists. We should be reaching out our arms in welcome, bringing them into the fold. Just because their political beliefs are different than our own, doesn’t make them the enemy.

If we really want to make a difference, politically speaking, then reaching out to these people is the best possible thing we could do. They’ve already demonstrated that they have at least a little bit of conservative thinking in them by being interested in taking care of themselves. That’s a great opening to change them, not by debate and argument, but by showing them a better way. That’s something that any of us who call ourselves preppers should be able to do.

So What Does Extremism Have to do with Us?

As we’ve gone through the last year, I’ve seen an increase in militancy on the part of many preppers. This doesn’t appear in articles and on blogs, but rather in the pages of social media. I’m seeing more and more preppers whose bug out bags look like a military loadout, rather than that of someone who is trying to survive.

There’s a distinct place for self-defense in prepping and survival. I’m a firm believer in that. For years now, I’ve had a concealed carry license and have carried it every day. It’s extremely rare to find me without a pistol hidden under my clothes. But my bug out setup doesn’t look like I’m going to war.

The worst thing one can do, if they want to survive, is to get into a firefight. Ask anyone who fought in a war and they’ll tell you how dangerous it is. There’s no guarantee that you’re not going to be the one who gets shot or bombed to smithereens. I’ve known a lot of really badass soldiers through the years, with a lot of combat experience; but none of them were named Rambo.

Entering into a survival situation, no matter how bad it is, with the idea of fighting your way through it, is extremely risky. If you are going to act purely defensively, then you are constantly at an advantage. But if you decide that you are going to act proactively, doing your own preeminent strikes, then you have crossed the line from a law-abiding citizen, to the criminal element that you claim to be protecting yourself from.

Our goal is survival, not fighting a war or cleaning up the streets from thugs. That may mean deciding that discretion is the better side of valor and turning your back on the chance to be a hero or making a political statement. If that’s the way it is, then let it be so.

There may come a time when we need to take up arms for more than self-defense. But if you do so for civil war, then you must realize that you are going to be doing the same thing that anyone in the military does, writing a blank check for your life. Going to war is the antithesis of anything that can be called survival.