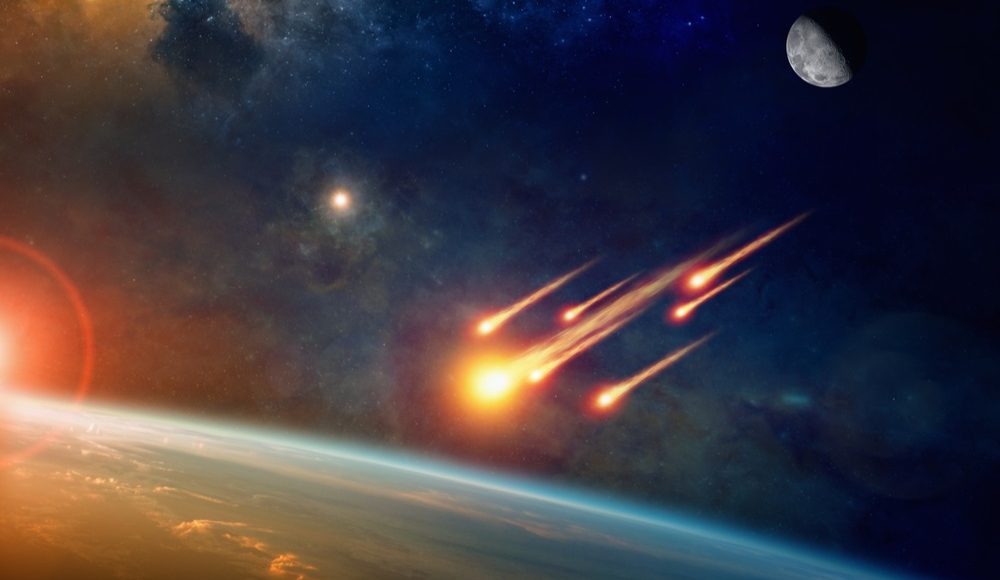 NASA has just released information on another asteroid that is heading for a near-miss with the Earth. This is the 69th such “close approach” within one lunar distance[1] for the year.

This may seem like a lot, but there were 84 such occurrences in 2019, so it’s not just because it’s 2020. In fact, if we keep at the current rate, we’ll only have two more such occurrences this year, than last.

If you think that number is surprising, a total of 6100 meteors, large enough to make earthfall, rather than burning up in the atmosphere, hit the Earth every year. That’s an average of 17 per day. Of course, most of those are tiny and fall in uninhabited areas. So they really don’t make much difference. Still, the idea of rocks from space hitting the earth at anywhere from 25,000 MPH to 160,000 MPH is a bit scary and hard to comprehend.

When I was young, the idea of a large asteroid, along the lines of what is believed to have caused the extinction of the dinosaurs, was a favorite theme of science fiction writers. The idea of having to save the world from destruction or rescue what few people we could make for great drama and lots of imagination.

But what if it was real? With so much junk flying around in space, what if something large enough to cause some serious damage was to hit us? Could we survive? How could we survive?

The Chelyabinsk meteor gives us a good idea of what a mid-sized asteroid can do if it enters the Earth’s atmosphere. Roughly the size of a five-story building, this asteroid literally exploded over the city of Chelyabinsk, close to the Ural mountains in Russia. The roughly 11,000 tons of rock hit the atmosphere at about 40,000 MPH, which caused it to break up about 12 to 15 miles above the Earth’s surface. The resulting explosion released the equivalent energy of 470 kilotons of TNT, 30 to 40 times the explosive power of the atomic bomb dropped on Hiroshima in World War II.

Although the Chelyabinsk meteor caused injuries to over 1,000 people, it was considerably smaller than the Tunguska meteor, which is the largest in recorded history. The explosion from that meteor, which exploded 15 miles above Siberia in 1908, was powerful enough that it flattened 830 square miles of forest and broke out roughly a million windows, some of which were hundreds of miles away. Scientists estimate that the explosive force of this asteroid’s destruction was the equivalent of a 550 kiloton explosion.

Even though this is the largest asteroid to strike the Earth in recorded history, it isn’t the largest ever. The asteroid which is believed to have ended the reign of the dinosaurs is thought to have been 10 to 15 kilometers in diameter, creating a crater 150 km in diameter on impact. The explosive power of that impact was roughly equivalent to the simultaneous detonation of 60% of the worldwide nuclear arsenal, all exploding at the same time.

Effects of a Meteor Strike

It doesn’t really matter if you call it an asteroid, meteor, or comet, their effect can be the same. While there is a technical difference in these three words; when they hit the atmosphere and start streaking for the surface, that technical difference doesn’t affect the devastating effects that the larger ones can have. From here on the surface of the Earth, they may as well be the same thing.

Most of the thousands of meteors that hit the earth are tiny, having no real impact on life here unless you get hit by one. But since the chances of being hit by a meteor are something like 1 in 250,000, that works out to one person being hit about every 41 years. Considering that there are over 7 billion people on this earth, you’re chances of being hit by one of those small meteors are 1 in every 287 billion years. Not something to worry about.

But those marble-sized meteors are not what NASA spends millions of dollars per year tracking. They’re interested in space objects which are large enough to cause serious damage, such as the meteors mentioned above. We’re talking meteors that are at least a meter in diameter. The closest of these up to this point in 2020 has been 2020QG in August, which was 2.9-6.4 meters in diameter and passed 0.02 lunar distance from the Earth.

Whether or not a meteor strikes the surface of the Earth and makes a crater or explodes in the atmosphere depends a lot on the composition of the asteroid. Most are a combination of rock and ice. As they pass through the atmosphere, friction heats the meteor up to about 3,000°F, enough to melt all but the hardest and most temperature resilient metals. This causes the meteor to expand rapidly and often to disintegrate. It is the speed at which this process happens, which causes an explosion. The larger the meteor, the more of an effect the explosion has, making for a bigger explosion.

Direct damage is caused by a combination of the shock wave and the shrapnel released by that explosion, much like a bomb. But that’s not all that happens. The rapid destruction of that meteor would cause chemicals to be released into the atmosphere, most likely sulfur dioxide, and carbon dioxide.

If the meteor makes it to the surface of the Earth, the explosive impact will kick hundreds or even thousands of tons of soot debris up into the upper atmosphere, much like a nuclear explosion or volcanic eruption. Between this and the chemicals released into the air, we would experience a period of global cooling, possibly to the point that it greatly affects plant life.

This is what is believed to have killed the dinosaurs. The impact of the Chicxulub meteor on the Yukatan Peninsula caused global cooling, which reduced plant growth. That left less food for herbivores, who started dying out, reducing the available food for carnivores, causing their death too. While this all took time, in the great course of history, it was like a blink of an eye.

But that’s not all the damage the Chicxulub meteor caused. It caused a huge earthquake. Since the crater is right on the coast, the combination of its impact and the earthquake it caused sent a tsunami across the Gulf of Mexico and out across the Atlantic, disrupting life as far away as Africa.

Such a meteor strike today would kill billions of people, but it wouldn’t destroy the world. One meteor a half-mile wide would be the equivalent destructive power of 100 billion tons of TNT, 1,000 times larger than the Soviet Tsar Bomb, the largest nuclear device ever detonated.

NASA is working hard at improving their asteroid detection capability, but it’s no small task. Unlike any other form of defense, which is essentially two-dimensional, even including the threat of aircraft, the threat from asteroids is a full sphere. Both of the major examples I gave earlier happened in Siberia, far to the north, while the Checxulub meteor struck considerably closer to the equator.

Once a new asteroid is spotted, it has to be tracked and a projected course track calculated for it. Even then, it is possible for the asteroid’s path to be affected by other forces, such as the gravitational pull of Jupiter.

The current plan for dealing with an asteroid is to send a rocket to intercept it and push it off course, through kinetic impact, much like in science fiction movies. An alternative might be to send a nuclear-tipped rocket so that the explosion could push the asteroid even farther off course. But without an atmosphere to transmit the energy, that would have to be a direct hit, off to the side of the asteroid, not an easy target.

Future plans under study include modifying the asteroid’s orbit to put it into lunar orbit around the Earth. If anything, that’s an even more ambitious project than our current plans. But then, that’s what scientists do, come up with more ambitious plans and then try to see if they are feasible.

Protecting Yourself from a Meteor

As a purely theoretical exercise, protecting yourself from a meteor is a challenging scenario to look at. By and large, meteors the size of a car and smaller burn up in the atmosphere and never hit the Earth’s surface. But one the size of a house will produce more force than the nuclear bomb dropped on Hiroshima. This would flatted buildings within 1.5 miles of its point of impact.

If that hit close to your home, it doesn’t matter what you do, you won’t make it. Even being in a bunker is unlikely to save you. While much larger than the size of a house, the Checxulub meteor made a crater 20 km or 12 miles deep. Good-bye bunker.

But if you’re a bit farther away, that bunker could be quite useful. A 400-meter diameter asteroid is headed on a close approach, slated for 2032. That makes a good example. Should it strike the Earth, rather than explode in an airburst, it will create a crater about 5 miles wide and 1,700 feet deep. Everything within that crater, including more than 100 million cubic meters of rock would be vaporized. It would cause an earthquake measuring 7.0 on the Richter scale.

From 20 miles away, wind speeds would pick up to about 500 MPH within 90 seconds, with dishwasher sized debris flying through it. Pretty much everything within that radius would be flattened.

Going farther out, there would be hurricane-force winds at 60 miles, shattering windows. Debris 2 inches in size would pelt everything, killing and injuring people and animals, as well as damaging buildings and cars.

So a bunker would be quite useful if you were outside the impact zone. Assuming we had been warned of the meteor’s coming, you’d have time to get in there and ride it out. But that’s quite an assumption, with NASA only detecting 10% of all the rocks out there. Hopefully, our odds will improve. In the meantime, we have to depend on that sort of event only happening once every 100,000 years or so.

Looking at the Longer-term Survival Issues

After the immediate destruction caused by meteor, the biggest problem will be food. The temporary reduction in sunlight, which could last a couple of years, is going to create worldwide food shortages, as farms won’t be able to produce enough. What food is produced will sell for considerably higher prices, following the law of supply and demand.

Your stockpile will make a huge difference in this case, providing your family with food to eat. Even more than that, what you need is the ability to produce your own food, without much sunlight. That means providing artificial light to help your garden grow. With that, you’ll be in better shape than 99% of the population. But that’s not easy to do.

Interestingly enough, this is the same thing we’ll need to be able to do if the Yellowstone Caldera ever erupts. 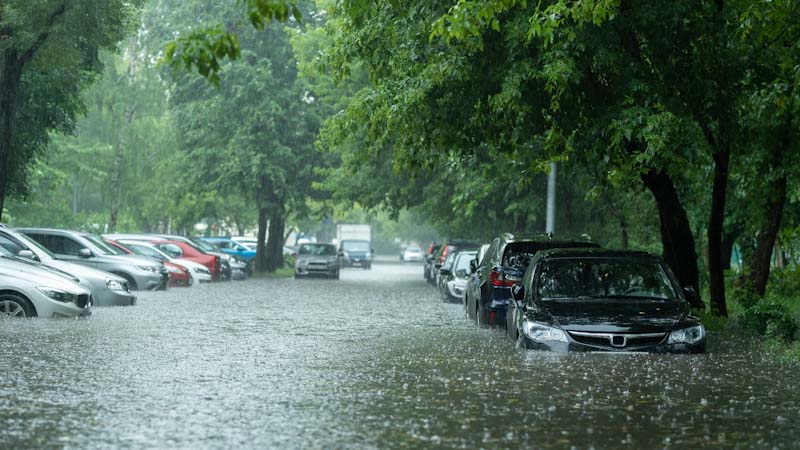 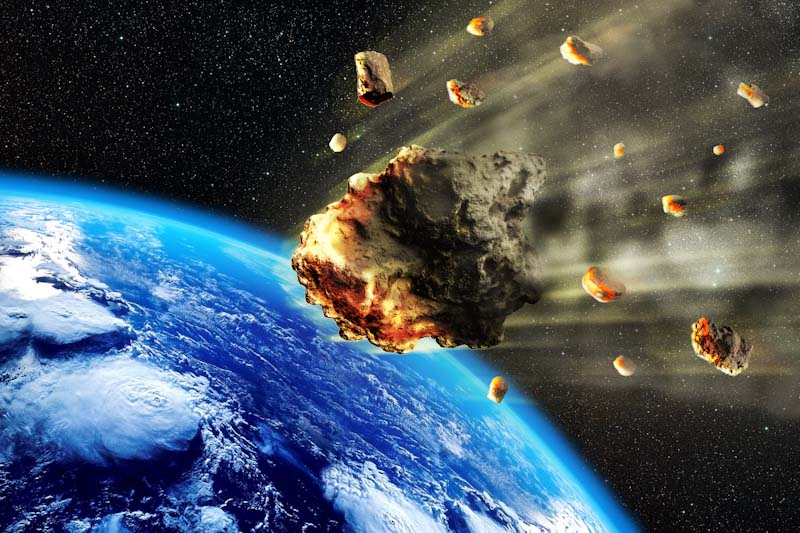 Can We Survive an Asteroid Collision?