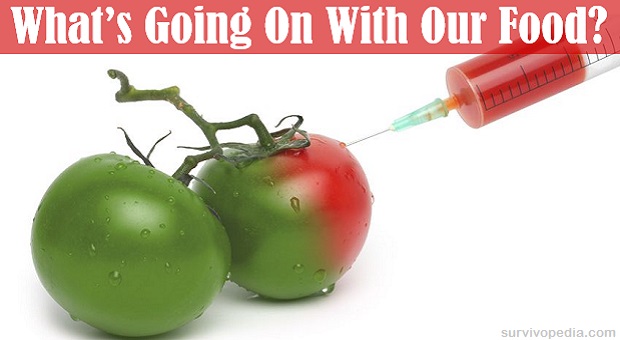 What Is Going On With Our Food?

Between ISIS (Islamic State of Iraq and Syria), Ebola and the southern border crisis, it seems to me like the world doesn’t need any more problems. But we’ve got a surfeit of them going on. In fact, there is so much going on and we’ve received so many false platitudes from our government that it seems like nobody believes anything coming out of Washington anymore.

The noise level of all these problems is making it so that some problems just seem to disappear. When was the last time you heard a story about Obamacare? Or, how about the drought problems in Southern California? Those are real problems, but due to the bigger, fresher problems going on, we’re not hearing much about them.

Here’s another one for you; one that you’re probably not hearing anything about; GMO (genetically modified organism) foods. It seems that more than half of the crops being grown right now in the United States are GMO. 88 percent of the corn grown in the country is GMO; 90 percent of the canola and 54 percent of the sugar beets.

This sampling shows us that GMO foods are becoming the mainstream here in the United States, whether we want them to or not.

Now, I’m not one to get alarmed about things without reason. There’s plenty of stuff going on right now to get alarmed about, without going around looking for things. But I think there’s something going on with these GMOs that we don’t know about, which maybe we should.

Many countries around the world have outlawed GMOs, due to the risks that exist with them. A couple of years ago, some of these countries suspended shipments of U.S. grown wheat, because the growers couldn’t guarantee that there was no GMO content in the wheat.

Some would say that those countries were acting a bit extreme in their actions, but I wonder; maybe they know something that you and I don’t know.

Man has looked for ways to crossbreed crops for centuries, trying to increase their harvests and develop strains of crops that were more resistant to damage by bugs. I get that. But for most of mankind’s history, we’ve done so by combining the pollen from one species with another, allowing the natural genetic mix to make the difference. That’s much different than what’s happening now.

GMOs differ from these other efforts in that they mix DNA (Deoxyribonucleic Acid) from bacteria or viruses to the DNA of the plant (or animal), trying to create these new strains. It’s an unnatural mix, which leads to unnatural results. Some of the results might be beneficial, but we don’t know what other results might exist.

That’s the rub. GMOs haven’t been properly tested. The testing that has been done is to determine if the new GMO organism does what they wanted it to. In other words, if they developed the new one to be resistant to some type of bug, all they test it for is to see if it is in fact resistant to that bug. 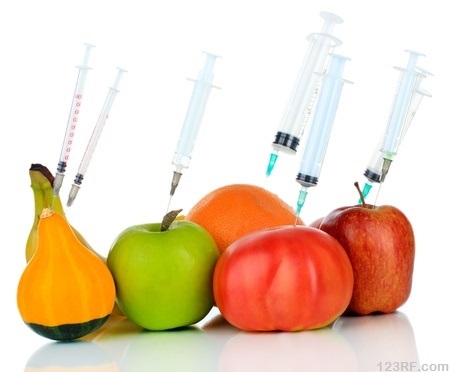 I guess that wouldn’t be all that bad, if the FDA (Food and Drug Administration) was doing their job, but they’re not. Rather than insisting that the developers of these GMOs run tests to make sure that they aren’t dangerous, they’re certifying them for use, without any further testing at all. You and I are the test subjects. We’ll know that they aren’t safe if it starts affecting us.

The first GMO foods which appeared in our supermarkets arrived 20 years ago. In all that time, the government and the food producers have been keeping things secret from us. More than anything, they’ve kept it a secret as to which foods are GMO and which ones aren’t. We could be eating something harmful or that doesn’t provide the nutrition that our bodies need and not even know it.

Other countries are requiring that GMO foods be labeled, even animal feed. Yet the U.S. FDA lets the companies that are producing these GMOs get away with just about anything they want, while keeping it a secret from the American people, the people who are consuming those products. I guess we’re more useful to them as guinea pigs than we are as productive citizens.

Supposedly, GMO plants can’t reproduce. Once they are harvested, they have to be re-seeded every year. That’s good, because it means that if there really is something harmful with them, it’ll be easy to kill them off and start planting real plants once again… at least, in theory.

Recently, some GMO wheat was discovered growing in a test site in Montana. The only problem was, the last time that Monsanto used that test facility was in 2003. Here we are, more than ten years later, and plants which supposedly can’t reproduce have reproduced.

Not only that, but if I’m reading things right, they’ve reproduced over ten times, once for each year. So, in other words, we have no control over these plants.

This isn’t the first time this has happened either; but rather, the second. I mentioned a moment ago that some overseas wheat shipments were suspended a few years ago. That was caused by the same thing happening in Oregon.

I’m really not trying to raise an alarm here, I’m just saying that there’s something suspicious about all this. I don’t trust the answers we’re being given and would much rather see some independent studies to prove if these foods are safe or not.

But until that happens, I’m glad I’ve got my vegetable garden. You won’t find any GMOs in there.