Even though the stock market is soaring, our nation is in more danger than ever because of extreme natural disasters and rogue factions itching to run riot.

Now consider these problems along with the very real potential for food shortages, an escalation of the war with North Korea, and general increases in contagious diseases.

No matter how much or little prepping you have done, the fact remains something can still catch you off guard at any time. If you are in a city, and need a place to hide, it is very easy to make a bad decision.

Have a look at 10 places you might go to without thinking, and wind up with even more problems than you had before.

There are many situations where you will need to get out of the building you are in as quickly as possible. If there is a fire, flood, or the building is struck by some kind of bomb, then you have to get out before the building collapses.

Once you are clear of the building, the worst thing you can do is stay out in the open, as a lot of bad things can happen:

After you successfully leave a building that you feel is dangerous, the best thing you can do is get underground as quickly as possible.

Find out in time which manhole covers in your city offer safe access tunnels or other areas to hide in. In general, service tunnels will be safer than subways or other popular public areas in situations where hostile forces are attempting to take over the city.

Upper Floors of Any Building

Unless you are dealing with a hurricane or other flood that prevents you from getting to the ground level, stay away from the upper floors of a building. The upper floors are always the weakest, and also the hardest to escape from on your own.

No matter whether you are afraid of your building being taken over by hostile forces, or you must escape a fire, once you reach the top floor, you can still wind up being trapped. If you must go to the upper floors of a building, try to have the following on hand:

Places With Easily to See Doors or Windows

The ability to get out of a building easily can also spell disaster if unwanted people can get to you and trap you in your location. If you are truly trying to hide from other people, the worst thing you can do is be anywhere near a door or window.

If there is a visible door or window that can be breached, people looking for you or anything of value will try to get in. If you have a panic room or a basement hiding place, maintain their exits without drawing unwanted attention: 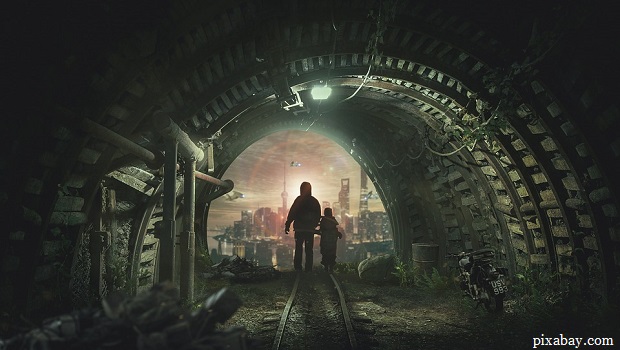 Near Roadways or Other Traffic Areas

Regardless of the crisis type, people will be trying to escape in their vehicles, and the worst thing you can do is try to hide in a traffic jam or near a crowded roadway.

In these instances, road blocks, surveillance teams, and even hostile forces can see you and control you with relative ease. No matter whether you have plans to get out of the city, or you decide to stay close to home, it is never a good idea to be near roadways or heavy traffic.

If you must use roadways or be near them, you can choose one of two times:

One has only to look at the number of mass shootings in “gun free” school zones to know they are absolutely the most dangerous places on Earth. Aside from that, never forget that Timothy McVeigh and many others intent on mayhem these days don’t need guns to destroy schools.

People with criminal intent will go there first because they know they will have as much time as they want to carry out their sick plans before someone with a gun gets there to stop them at the scene or apprehend them later on. No matter where you go, if you are in a city and need a safe place to go, avoid schools at all cost.

While most people in the United States don’t give it much thought, schools are also likely to be the target of hostile takeover in a time of riots and other forms of severe national distress. Any criminal or terrorist will flock to a school first because it is poorly defended and helpless children in harm’s way makes for a huge media splash.

Schools are also not the best places to go in the event of a natural disaster. Even though they often have generators and the room to accommodate large numbers of people, many of these buildings are on the verge of being structurally unsound.

Check the maintenance records and needs of local schools, and you may be surprised to find out they may not hold up very well in the face of a hurricane or other severe weather condition. Without a question, if you are in an inner city area or other poor neighborhood, the schools may be in worse condition than other buildings in the area.

In many senses, hospitals are as dangerous as schools, and for the same reasons. Hospitals may have weak or failing building structures, and they also house vulnerable people whose condition may easily grab media attention.

While hospitals do have better security staffing than schools, it may still not be enough to overcome problems created by large numbers of people in panic mode. If the situation is bad enough, people may even try to storm the hospital to steal food, drugs, or anything else than can be of use.

At this time, we would all like to think that in time of need, hospitals will be safe from scavenging and other predatory behaviors because our culture has deeply ingrained values about the sanctity of a medical setting.

That being said, we also live in a culture of sick video games and the unhealthy crossing of many other boundaries. Do not be surprised if at some point hospitals also become prey to predation during times of crisis.

Depending on the situation, hospitals can also be places where you can catch some very dangerous diseases. Right now, hospitals do have better air filtering systems than you would find in other areas. On the other side of the equation, if the cause of the crisis is disease related, that also means people infected will go to the hospital for treatment.

As a result, if you are still healthy, going to the hospital may expose you to the disease unnecessarily.

When I was growing up, my mother always said “if you are in a bad way and have no place else to turn, go to the church”. While many of the things my mother said have withstood the test of time, I cannot help but question going to a church for safety in time of need.

As with schools, churches have become the target of lunatics and predators seeking to harm the unarmed and the vulnerable.

To add insult to injury, as our society slips closer and closer to complete mass disruption, it is possible that churches will be targeted just to kill off those who avow a specific faith. Our history as far back as time goes is one in which people are ruthlessly slaughtered for their beliefs and affiliations.

Depending on the type of crisis, going to a church for shelter may truly be the worst thing you can do. While a church may offer suitable shelter from a blizzard or other relatively short term situation, I don’t recommend it for matters where civil unrest is expected.

Above Ground Areas of Malls or Other Public Gathering Locations

Large numbers of people in malls or other large public shelters can pose a number of problems. First, under stressful situations, you never know what, when, or how a stampede will get started. As the waves of panic ripple through the crowd, it may be impossible for you to escape.

If you are dealing with any kind of hostile takeover, rest assured that occupying forces will always look to subdue the largest numbers of able bodied people as quickly as possible. This, in turn, means, they will go to the malls and other areas where large numbers of people will prevent evacuation and escape.

Needless to say, if you are concerned about air raids, bombings, or other hostile acts, the enemy will still seek to hit maximize casualties by hitting large and popular public areas.

It is important to remember that underground areas of malls may still provide a safe place to hide in the city. For example, older malls may actually have long forgotten bomb shelters in the basement, or other areas that are fortified enough to ensure some degree of safety.

Therefore, if you have malls nearby, make it a point to see if underground parking garages or other underground facilities housed in the mall may be of use in a time of need.

During crisis, there is a natural tendency for people to try and organize in order to regain stability as quickly as possible. Some say temporary camps may be useful in the first hours or days after some natural disasters.

Here are just a few problems that you might face if staying at a temporary shelter in a city for too long:

Overall, temporary camps set up for crisis management can be of help, especially if you have no bug out plans or do not know where to begin to put your life back together after a large scale crisis.

It is still worth your while to get out of the camp as quickly as possible so that you can avoid problems associated with living in such close contact with others.

Places Where You Do Not Blend in With Others

Many people believe there is safety in numbers. As long as you are wearing the same kinds of clothes and act the same as the local people, then it is possible for you to hide in plain sight even in a big city during a major crisis.

On the other hand, if you don’t fit into the local scenery, then you may become a target for just about anyone that decides they have a reason to attack you. The only way to make sure you will be safe merging into a crowd for any reason during a crisis is to practice your skills now.

Just because you live in a city, that doesn’t mean your local area cannot be hit by massive floods, fires, or hostile takeovers. In fact, if you are in a city during a major crisis, the sheer number of people trying to deal with the situation can easily work against you.

When facing these kinds of situations, you must always think objectively about possible places where you can go to be safe.

Avoiding the ten problem areas listed in this article, and you may have a better chance of survival and find a suitable shelter before it’s too late!