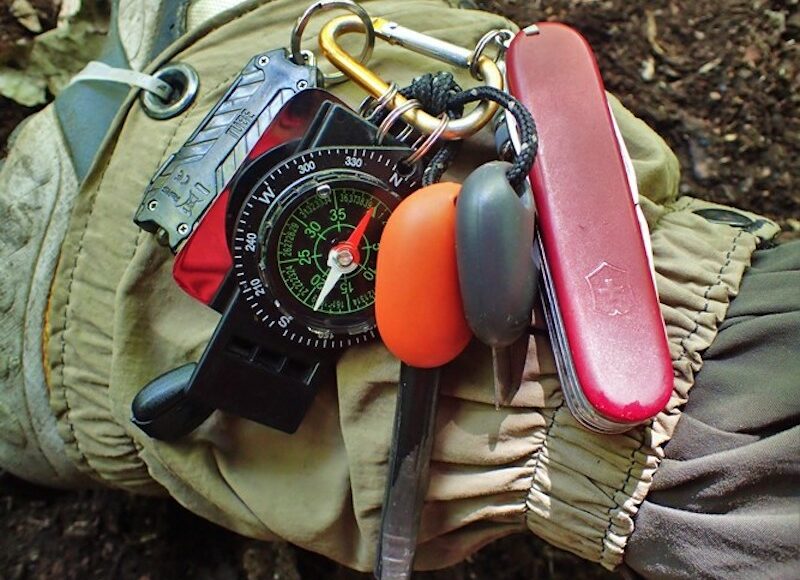 Let’s face it; ‘Survival’ is big business these days. From the time Survivorman and Bear Grylls hit the scene until the present day, a plethora of TV reality shows have spawned and with them also started the careers of many YouTube personalities and self-appointed experts. Survival is so mainstream now that even popular stores such as Walmart and Target now have more survival items than ever before. Big-name sporting goods stores have been offering survival items for years, but they all have a few things in common, namely pre-packaged survival kits full of made in China items that are hardly dependable at all. To add to the lackluster quality of the overall kit, they stuff them with even more poor quality crap to make the end-user feel like they are getting a real bargain!

Rather than have 50 small items crammed into a small space, I’d rather have a lot fewer, essential, larger items made of good quality materials. As long as medication, fire, signaling, general direction navigation, and water needs are met—everything else is not really needed for survival.

The Altoids Kit Phenomena
Around the early 2000s, there was an online contest on the forums to see who could come up with the best survival kit built around the Becker BK7 & BK9 knives and their sheaths. Back then, the knives were made by Camillus Cutlery, and their sheaths were generic, ballistic nylon with a plastic insert for the blade and featured a small pocket on the front for items. This little front pocket would perfectly fit an Altoids tin, which started a huge “Altoids Tin Survival Kit Phenomena!” Hundreds of kit photos appeared online over the next few years, opening the conversation to “What else should I put in my kit” or “How do you like my Altoids kit?”

These types of kits are so crammed that the snag factor takes over when trying to retrieve items, which usually send a few important pieces down to the forest floor, never to be seen again. Making an Altoids kit is fun for newbies, but in the long run, it’s limiting. Truly, it seems to be more of a jigsaw puzzle game than what it’s supposed to be.

Items Most Likely Needed for Survival
Short of a satellite phone or cell phone with perfect signal, not many things in survival are more important than fire. However, this may be a debatable subject for many. I’ve seen fellow survival instructors debate the importance of fire over shelter and vice versa. For me, it’s fire!

Having two or three ways of making fire is more important than having many other unnecessary ways of doing something half-ass. Once a fire is in full bore, it takes an enormous amount of rain to put it out completely. Fire gives life-saving warmth, boils water to make it safe for consumption, gives us light, melts snow for hydration, cooks food, and gives us the best dose of morale than anything else I can think of in the wilderness. A ferrocerium rod, matches, fire piston, lighter, flare, Fresnel lens, good magnifying lens, flint & steel are all options to put in a survival kit. In addition, tinder should be an essential part of a survival kit. Cotton balls, fatwood, magnesium, and jute twine are all expectable types of tinder compact enough for a survival kit.

The ability to make ourselves recognized if lost is very important. Besides being smart enough to have at least some kind of bright clothing that contrasts with the environment (bandana, colorful hat, shirt, etc.), a whistle and signaling mirror should take precedence over everything else in a survival kit alongside the fire.

General navigation using a simple button compass would be very helpful if you had some idea of which direction you were headed in the first place. If you had a rough map of your surrounding area showing a parking lot, trailhead, waterways, or major highways, that would be better. This information is often found on trail map hand-outs at many trailheads and ranger stations. Keep a compass with you in any survival kit and keep it easily accessible.

I didn’t mention a knife in a survival kit because if you are a person who has any kind of ambition to be in the outdoors in the first place, chances are you will already have a knife. If not, you should. It has no place in a survival kit; it’s too bulky. Keep a knife on a belt, in a pocket or around the neck, and you’ll be the wiser.

Sewing Kits- Often found in larger, more extensive survival kits, most of us can live with a tear or lost button. Although some sewing kits can be very flat and low profile, they are not essential to survival.

Light– I never hike at night. In fact, a lost hike has no business moving about, so the need for light is not great. There are way too many hazards on the ground, and it’s even worse in the snow. A glow stick is not practical in a survival kit. Candles are large and bulky even though they have many camp and bushcraft uses. Smaller birthday candles are useless. Flashlights are better for camping trips but not detrimental to survival. It’s important to allow enough time to gather wood or make a shelter before dark. Once the fire is going, there should be ample light to walk a few feet away to relieve ourselves. Small clip-on style lights are convenient, but the smallest amount of humidity or water sprinkle turns them on and wastes battery.

Writing Implements-Sharpe markers and pencil & paper are all a waste of space. A little creativity, like charcoal from a campfire (even an old campfire or burned tree from lightning), can be used to mark trees and rocks. Sticks can be used to write in the dirt and mud. Branches and stones can be used to spell out messages as well.

Tweezers-I have never heard of deaths in the wilderness from a splinter. Cactus spines are super painful, but they are also on the large-enough size to be easy to pull out without tweezers; however, stinging nettle is not easy to see at all, so tweezers would also be almost useless for their spines. Although all types of spines and splinters can cause irritation and discomfort, none are life-threatening; therefore, putting tweezers in a survival kit is a waste of space.

Water Purification Tablets- Many sources state that the incubation period for waterborne pathogens is 1-3 weeks. While there are many variables to this, we must remember that survival is usually short-term. Truthfully, people are usually found in a few days—alive or otherwise. The idea of long-term survival is rare, and even if carrying water purification tablets, they will eventually run out. Drink the water you come across; better to stay hydrated and deal with any circumstances after the ordeal. I still carry water purification tablets in a small, waterproof pill capsule.

Can Openers-Although many types of cans are found in the wilderness, I have never been fortunate enough to come across any unopened cans of food. Most Swiss Army knives will have a can opener on them.

Food (Fishing Kit) – People die in a survival situation from dehydration, falls, and exposure to the elements, but rarely starvation. The lowest priority in ‘survival’ is food. Some pre-packaged survival kits include hard candy, a bouillon cube, gum, or tea. These are said to be a morale booster or quick energy source, but whom are they kidding. Fire will be the best morale booster any day. There is no way a little piece of candy will make you feel like everything will be ok. Along the lines of food is a fishing kit, which is a popular item, but it occupies precious space that could be used for tinder. Having a fishing kit doesn’t mean you are guaranteed to catch anything. People from the Southwest may have zero use for a fishing kit in the wilderness due to the lack of standing water. Waterways, in general, are popular and widely used, so if there is a lake, most likely there will be other people around or at least a trail to someplace safe, thus ending any lost hiker survival situation.

Wrap-up
Bigger isn’t better when it comes to a survival kit. A false sense of security will get you nowhere. All of the items named not important for a survival kit fit the camping kit role. Some things of convenience are not detrimental to health. Simplify and lighten up to the point where the survival kit is more likely to be carried all the time!