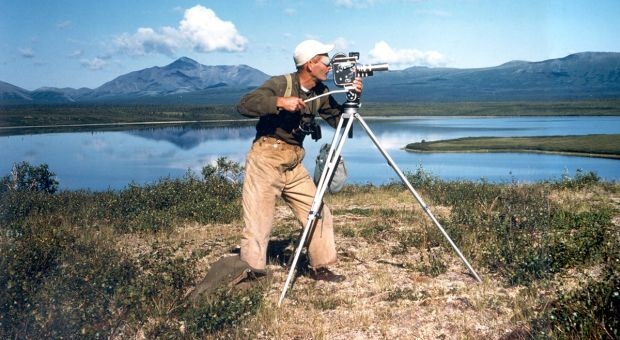 The Craftsmanship Of Living In The Wilderness

There is a romanticism to heading off into the wilderness and living off the land.

Many of us would love the opportunity to do such a thing; although I honestly have to ask if we would do it, given the chance. Voicing such a desire when we’re sitting warm and comfortable at home is easy. But packing up and actually doing it is much harder.

Yet, there are a few people who do just that; like Richard Proenneke. The story of Proenneke is a true inspiration to anyone who is a survivalist or wants to live off-grid. His 30 years of living alone in the Alaskan wilderness prove that it is still possible to live a simpler life, living off the land, even in today’s world. The film of his life in the wilderness, “Alone in the Wilderness” is one of the highest rated documentary films of all time.

When Proenneke went to live in the Twin Lakes area of Alaska in 1968, he went with nothing more than a pack on his back, a canoe and a movie camera; leaving everything else behind. He had spent the previous summer there, felling trees to be used in building an 11’ x 15’ log cabin. On this return, his plan was to build his cabin and live there, alone, for at least a year.

Proenneke lived temporarily in the borrowed cabin of retired Navy Cabin Spike Carrithers, while he built his own. This had to be completed quickly, so that he would be ready for winter. But that didn’t mean that Proenneke did a sloppy job of building his cabin. On the contrary, the level of craftsmanship that he demonstrated in building his cabin are remarkable.

For the next 30 years, Richard Proenneke lived alone in the Alaskan wilderness, with a few short breaks to go and visit family. Other than rare supply visits from his friend, missionary and bush pilot, Lean Reid “Babe” Alsworth, who brought him his mail and things that he ordered from Sears.

In order to live like this, Proenneke became a self-taught naturalist. Other than occasional provisions that he received from “outside” everything he needed came from nature. He hunted, fished, gathered and raised his own food. Most of what he needed came directly from nature itself, including the materials to build his cabin, the furnishings inside and even some of his own tools.

Not The Man You Would Expect Him To Be

Our natural inclination is to think of a modern-day mountain man like this as being a bear of a man, one who could pull a tree up by its roots. But Richard Proenneke was anything but that. A quiet, unassuming man, he was not one who you would expect to fit Hollywood’s stereotype of the outdoors type; less, one who would spend 30 years living alone in the wilderness.

Yet it is the characteristics that one has inside them, not the outward ones, which truly define us. Mental toughness is a much harder commodity to find than the physical kind. Even those who appear to be physically strong and tough may not be on the inside.

But the strength of a willow, bending in the wind, can be greater than that of the oak, which withstands it. Palm trees, which grow abundantly in hurricane-prone areas, are known for their great flexibility. I have seen 30 foot tall palm trees bent over by the wind till their tops touched the ground, while supposedly hardier trees lost limbs, broken off by that same storm.

Living in the wild doesn’t require the courage to stare down a bear and arm wrestle it; it requires the courage to befriend that bear and be a good neighbor to it. If you have to fight the bear every time you see it, you will spend all your time fighting bears. But if you learn to live with the bear, befriending it, you can enjoy one another’s company, on those rare occasions when you meet.

One of the great things we can see from the life of this amazing man is that skills trump survival gear and supplies any day. While he received a few things from the outside world, he received much more from nature. From the very beginning, he only brought in those things that he couldn’t make himself.

Richard was an experienced carpenter and woodworker, who joined the Navy the day after the attack on Perl Harbor. His contributions to World War II were to use his skills for the Navy, something that he continued to do, both as a sailor and later as a civilian contractor, for many years. After the war, he also learned to be a diesel mechanic. Between this, he clearly had the skills he needed to build what he would need to have, in order to survive.

As one looks at the videos of his experience, one sees him making a number of things he needs for survival. From the very beginning, he started working on the tools he would use for building his cabin. While he packed in an axe, framing chisel and other tools, he did so without handles, to save on bulk and weight. Once there, his first projects were to make a mallet and then handles for his tools.

Time has a different meaning when one is living in the wild. There are no clocks and no schedules to meet. While there is much to do, there is time to do it right. Without power tools to depend on, Proenneke had to depend on his skills, and the few tools that he owned.

Yet that time gave him the ability to make much out of little. Rather than rushing to make something “just good enough” it is clear that he took pride in his work, making everything as well as he could. This is evident in the building of his cabin, which used hand-notched logs, some of which had to be straightened and smoothed so that they would meet their neighbors above and below. No chinking was used in the construction of his cabin; rather, fine craftsmanship ensured that everything fit together as it should, eliminating the need for chinking.

The same sort of craftsmanship went into everything that Proenneke made for his own use. He is shown walking in snowshoes of his own manufacture, which look as good as anything you can buy commercially. The handles for his tools are as smooth and tightly fitted as something coming out of a factory. Even things as simple as a wood spook are finely crafted, with curved handles and a smooth finish.

When I compare this to my own efforts at woodworking, is see an amazing difference. While I am considered to be a fairly good woodworker, I am not at his level. But much of that is due to the difference in time that I put into a project, compared to this modern-day mountain man. I am usually in a rush to finish a piece and go on to my next project. He took the time to make everything come out just right. That difference shows in the quality of his work.

Living as One With Nature

Richard Proenneke developed an affinity for nature that you rarely see today. Perhaps something that is more often associate with the American Indian. While he hunted and fished for food, he never killed any animals unnecessarily. As he said, he’d rather go out with film, than with a gun. From the film that he took of his life and adventure, it is clear that animals were not afraid of him, nor did he have any reason to fear the attacks of wild animals.

To live in nature requires this sort of relationship with nature.

Proenneke learned how to become part of nature, something that modern life has insulated us from. He knew the seasons of the plants around him, allowing him to harvest blueberries and other naturally growing delicacies.

At the same time, Proenneke was not wasteful with what nature freely gave. While it was necessary for him to fell trees for his cabin and outbuildings, as well as for firewood, he lived in such a way as to make minimal impact on his surroundings. The tundra of Alaska is fragile, taking years to grow. He was aware of this and stuck to trails to get from one place to another, admonishing visitors to do the same. Even though his presence made an impact on nature, he kept that impact to a minimum, so as to preserve the environment for others to enjoy.