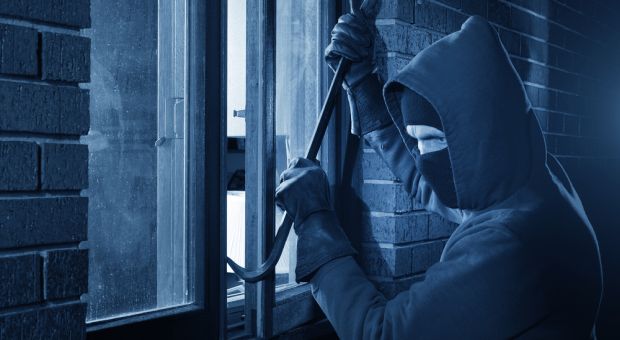 The Best Techniques Guaranteed To Turn Your Home Into A Fortress

Scenario set by the editor:

“Just hacks and tips to fortify your home. It could even be as simple as sticking biohazard stickers in your window. Or… blocking off roads”

The primary objective of deterrence is to convince potential perpetrators that an attack or robbery would not be worth the effort. When a crook looks at your home and does a risk/reward analysis, you want him to decide your home is not worth it. He should look at your home and determine:

A survey of 300 experienced burglars by the Home Office Crime Prevention Unit in London concluded that the most powerful deterrent was “signs of occupancy” followed by dogs and alarms. In my opinion, the data was misinterpreted by the analysts. Signs of occupancy, dogs and alarms all lead up to the same endgame, which is the only thing that criminals fear: confrontation by an angry and potentially armed occupant or law enforcement.

Any barrier can be overcome. The aim of physical barriers is not to be impenetrable, but to cost the criminal time and make noise, alerting you to intrusion and giving you time to respond.

Architecture, design and landscaping should eliminate cover and concealment of intruders while providing occupants with places to observe, report or even attack from behind concealment and cover.

If left uncovered, a quick peek can tell intruders whether occupants are home or away.

Anybody will tell you that security lighting prevents crime, and they would also be wrong. Most property-related crimes happen between the hours of 10:00a.m. and 3:00p.m. when occupants are at work, school, shopping etc. People are also often surprised to learn that turning off security lighting typically halves the number of break-ins. Security lighting may reduce fear of crime, but it does not typically reduce actual crime.

People usually notice crime when they see lights on inside of a building that should be dark, or flashlights indicating that people are someplace they should not be. ‘Dusk-to-dawn’ security lighting helps criminals see what they are doing and spot targets of opportunity. It can also make it harder to spot criminal activity since people tune it out. Motion sensor lights are better, but only if someone is around to notice them. Set timers so motion sensor lights turn on for 2-5 minutes.

Light timers and other home automation is more effective and can help deter a break-in by making it appear that someone is home.

Do not store valuables in the master bedroom

Thieves typically head straight for the master bedroom because it is typically where people store firearms, cash, jewelry, prescription medication, expensive clothing and other easily portable valuables. It doesn’t matter if you store them in drawers, under the mattress, in closets or in a safe. It will all get tossed rummaged through. 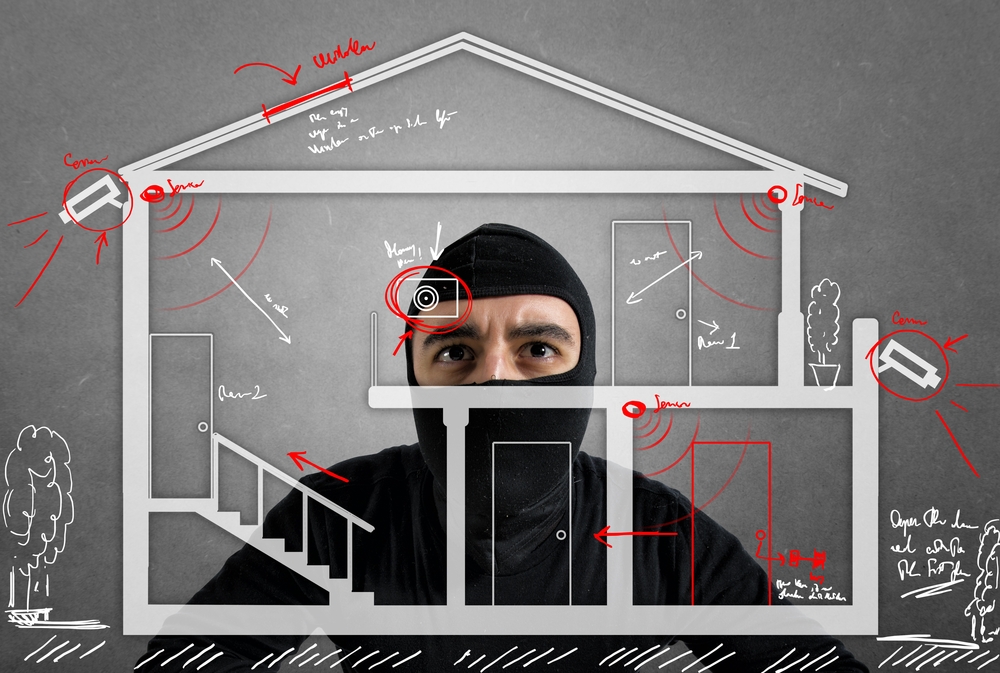 Criminals can’t steal what they can’t see. Most people would not walk around town with $100 bills hanging out of their pockets, but when it comes to their homes, many of those same people cannot resist putting their wealth on display.

Permanently install safes. Safes should be of high quality and installed in a steel-reinforced concrete floor or bolted to the floor and walls. When a burglar finds a safe, he knows he may have just hit the lottery. He will leave everything else to get at the contents. Most safes aren’t nearly as hard to break into as safe companies would have you think. Install safes in tight areas where the criminal will not have room to work. If they can get the safe on its side with room to work, it is done for, so bolt it in place well.

Do not receive mail or packages at home

This makes is much easier to spot a crook trying to pose as a mail carrier or delivery guy.

Early detection buys occupants precious time and can relay information needed to respond and a picture can be worth a thousand words. Understanding who is coming and their numbers should factor into a decision to hold ground to slip away.

Low tech is still effective. Many species of animals have keen senses to protect themselves from predators and paying attention to their behaviors can warn occupants who understand them.

I recommend against planning to use a dog as a weapon since a human can easily kill a dog, especially if it is alone.

While video and electronics surveillance are less expensive and more useful than ever, survivalists must consider which features may or may not work without electricity, internet access or monitoring.

Unfortunately, video and electronic surveillance often give consumers a false sense of security. Criminals understand that even a hat and bandana can render footage nearly useless. Homeowners must also consider who the reporting mechanisms will alert. Unless the security system alerts someone is both armed and nearby, a security system will not do much good because most break-ins are over in less than 10 minutes and sometimes much less.

Get to know your neighbors and participate in programs like Neighborhood Watch. Programs like this one really do help to deter crime, and criminals hate a nosy neighbor with a cellphone in hand.

Patrol and learn to track

Get out and walk your neighborhood. Random patrols can disrupt reconnaissance efforts or efforts to case homes and give you an idea who lives in the area and who doesn’t.

Study the tracks you see. Tracks contain surprising amounts of information. Suburban and rural neighborhoods offer many opportunities to track, but even in urban areas, snowfall brings opportunities to track; so much so that some ‘professional’ burglars take the day off if there is snow on the ground.

Identify or make ‘track traps’ on your property. A track trap is a muddy, dusty or moist and sandy area that is easy to track in. Locate track traps along fence lines, roads, river beds and other lines of drift. Lines of drift are places people tend to walk because the path is easier or because they are channeled by obstacles.

Systems that monitor and control entry and accessibility, such as gates and doors, are only as good as the person operating them.

Whether the target is in an armored car or behind a locked door, criminals know that the easiest way to gain entry is typically to get someone to open the door.

One of my purported ancestors found out the hard way that even the best fortress on the planet is worthless if somebody opens the door from the inside. He was Priam, the King of Troy at the time of the Trojan war. Most of us might not have to worry about giant wooden idols on our doorsteps, but many of us do need to worry about members of our households opening doors.

Mechanical doors, locks and gates have the benefit of not requiring electricity to function. Any automated access controls must have a mechanical override. If the grid goes down, finding out that your most important locks no longer work will be the last thing you need.

A ‘fortress’ of a home means one thing to the average home owner and another to a survivalist. Preparing a field of battle ahead of time can give a homeowner an important advantage should he or she need to defend hearth and home.

The average gunfight is over in less than 3.5 seconds from the first shot to last. If you have to run, dig your weapon out of your sock drawer, I shouldn’t have to tell you that you will be on the losing end of that fight. Use your sidearm to fight your way to a long gun.

Even an unarmed response from members of a neighborhood watch has deterrent value, but at the end of the day, the only sure way to stop armed bad guys is with armed good guys.

A safe room is a room with a stout door that can buy you a little time to arm yourself. Under the stress of a home invasion, it takes less time and less fine motor coordination to roll out of bed and dart into a room and slam the door than it does to roll out of bed, find a weapon and deliver aimed fire.

A safe room should provide some cover against small arms and provide you with weapons, communications and a trauma kit. A well designed safe room will also have a concealed exit.

No one wants to consider the possibility of having to bug out and leave their home to criminals, but nothing in your home, apart from your family, is worth your life. Do what needs to be done to ensure that you have multiple unobstructed exits for your vehicles and on foot. Ideally, at least some of these exits should be concealed.

Don’t put all your eggs in one basket

Cache critical equipment and supplies. Having caches means that even if your home is burned to the ground, you will still be able to start over. If you have prepared caches, you can bug out in your boxers and still return with your friends to take it back one day at a time of your choosing. If you survive, you have that option.

“If you are happy with your physical security, so is your enemy.” -Unknown

A red team is a group that tests an organization’s security to identify and improve weaknesses. It is not possible to effectively secure a structure until you have seen it through the eyes of the enemy. Effective preparations for defending your home cannot be made from inside it. Red teaming will help you find the chinks in your armor and close them.

By getting out and seeing your home from the point of view of your enemy, you will see where he is likely to perform recon and probing, stage his attack, avenues of approach and his options for concealment and cover. Knowing this, you can take these things away from him. Slow him down, channel him, cut down his concealment and mine his cover. 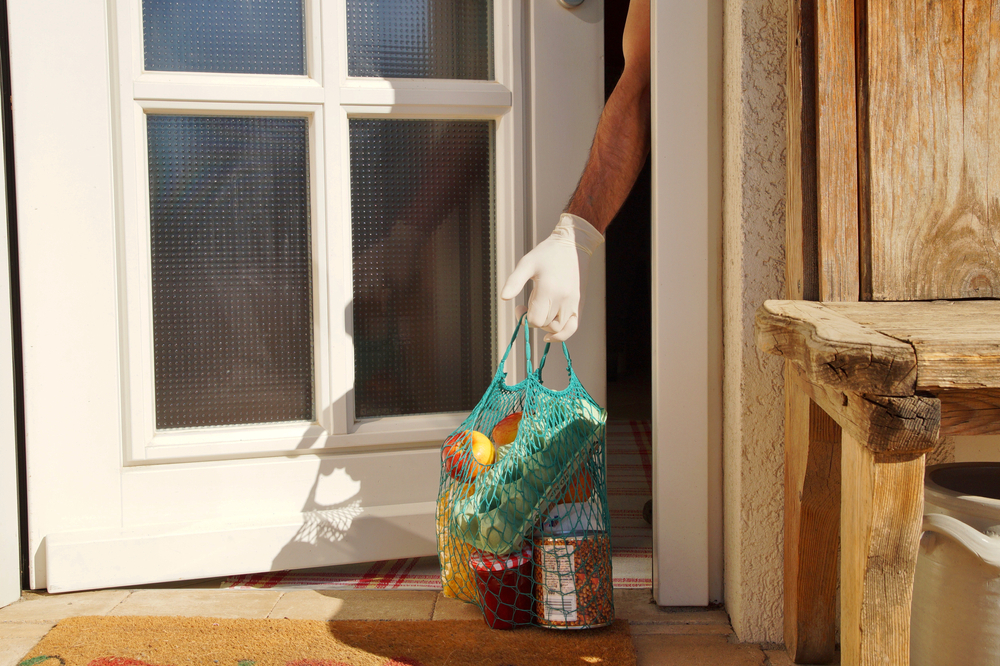 How To Prepare Your Home For Social Distancing: 16 Tips That Work