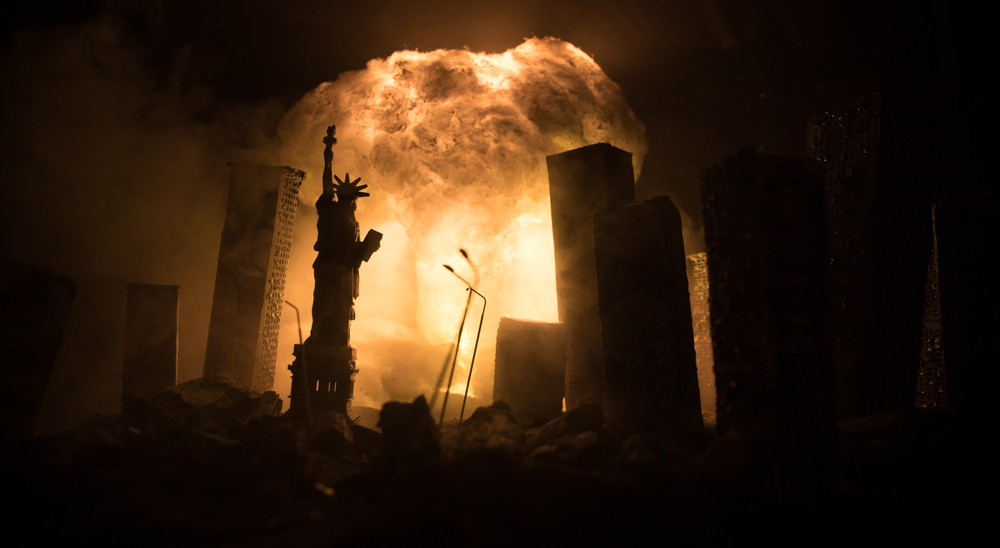 Surviving in the Aftermath of a Nuclear War

Here in the prepping community, we’re accustomed to talking about EMP as a TEOTWAWKI event, perhaps even our “favorite” such event, at least from the viewpoint of planning for it. But somewhere along the way, we’ve managed to lose track of the fact that conventional nuclear war is still a very real possibility. Our “friend” (cough, cough) Vladimir Putin has reminded us that such a possibility is quite real.

Granted, if Russia let loose a full-blown nuclear attack against the United States, there would probably be at least a few missiles fused for a high-altitude burst, generating an EMP. But that’s an assumption on my part. What if there weren’t any fuses like that, or what if those fuses didn’t work right? We’d be looking at a conventional nuclear war without the EMP taking out the grid.

There are two basic scenarios that are talked about in nuclear war strategy: a 500-warhead attack and a 2,000-warhead attack. The theory is that if we, the United States, launched the first attack, Russia would only be able to retaliate with about 500 warheads. Those would be aimed at the most important targets.

But there’s no way that the US is going to launch a preemptive attack on Russia, so that scenario is basically out, leaving us with the 2,000-warhead preemptive strike from Russia. While I don’t actually think that Putin’s threats and posturing are about doing that, but rather about using some tactical nukes within Europe, we can’t dismiss the possibility.

So, what would happen in that war?

There are three separate but interlocking, parts of surviving any nuclear war:

We don’t actually know Russia’s nuclear war strategy, other than that their nuclear doctrine allows for the use of tactical nukes on the battlefield, something that our own strategy doesn’t include for humanitarian reasons. Even if our government does know anything about Russian nuclear strategy, the CIA doesn’t post that information on its website. Nor does the DOD post our own nuclear war plans on theirs. All we’ve got to work with is conjecture.

Even so, there are a number of different “target maps” available online, showing the most likely targets, as well as some very interesting apps that can give us a good idea of the destructive radius of different-sized nuclear weapons. Most of the targets are military bases, government installations, and major cities, giving us a pretty good idea if we live in the “instant vaporization” zone from a nuclear explosion.

You might find it a bit surprising, if you take the time to look at the damage a nuclear warhead would do to your city. We all tend to look at nuclear bombs as almost magical devices that can wipe entire cities off the map. In reality, it would take quite a few nuclear bombs to destroy even one city. Basically, any city hit by nuclear warheads would have the downtown area destroyed, along with any military installations around the city. Much of the rest of the city would remain intact. There would be windows broken and other minor damage, but buildings would survive, along with their occupants.

But just what sort of world would those who survived be living in?

To start with, roughly one-fifth of the US population would be killed instantly in that war, with another 30% receiving serious enough doses of radiation and heat as to make their survival questionable. Our medical services would be overwhelmed by these victims as doctors and nurses struggled to save as many as they could. At least half of those people would die within 30 days.

But there would still be roughly half of our population who would come out of that war virtually unscathed, with only minor injuries, having been hit by a low enough dosage of radiation that their bodies can recover and with little damage to their homes.

Some cities would lose their electrical utilities entirely, as the power plants are within the blast area. By and large, those would be older power plants, which were built when the cities were smaller. But even in cases where the power plants are farther out of town, a large amount of the power produced would normally go downtown, so there would be serious damage to the distribution system, leaving sections of the city without power.

It is difficult to say just how serious damage to the electrical grid would be. Most of our 55,000 substations would be outside of the city, making them outside of likely blast zones, allowing them to survive. But the bigger mission kill for the Russians would be taking out the various control centers for the grid. For example, ERCOT, which controls the Texas power grid, is located in Austin and would probably be destroyed by a nuke targeted at that city. How well the Texas grid would operate without that control center is anyone’s guess.

Municipal water authorities would have a good chance of surviving, assuming that they had electric power to use. Most of those are decentralized enough that whatever destruction happened to them could be isolated, leaving water and sewage service intact for people in unaffected parts of the cities.

One thing that we could be sure of is the decapitation of state governments across the country, as well as the political leadership of the larger cities. While the federal government has a plan for getting the political leadership out of Washington, DC, that doesn’t extend to state and city governments. Even if such plans do exist at state and city levels, the resources to carry them out would be much more limited. The Texas government, as an example, only owns 14 helicopters; and that’s one of our larger states. So, there’s really no telling just how effective a government any part of the country will have at a local level.

It seems likely that the federal government would step in to “help” local and state government, in what would end up being the biggest federal power grab in history.

What about our personal needs?

While I don’t think that there will be a total loss of the electric grid or water service across the country, as long as there isn’t an EMP included in the nuclear war, I’m sure that those services will be spotty, especially in what remains of our larger cities. Small towns probably won’t have as big an issue, especially if their electrical supply comes from a local electric company.

That’s not all we need, though. Our lives depend on a myriad of products, ranging from food to fuel and including every letter of the alphabet. Availability of those products is going to be the biggest issue we will face.

Communications will likely be largely destroyed by the war, as most communication nexuses are located in the parts of the cities which will be destroyed. This includes radio, television, telephone, and internet. The internet was actually developed as a DOD project with the idea of surviving a nuclear war. But that doesn’t mean that the phone systems that the internet largely rides upon would survive. Without those, much of the internet would be lost as well.

Product ordering is almost all done over the internet today; not just shopping at home, but companies ordering inventory to fill their warehouses and brick-and-mortar stores. Without the ability to place those orders, resupply couldn’t happen. Even if they could get through on the phone somehow, the orders probably couldn’t be handled manually.

The end result of all this is a scenario that is very similar to that of surviving the aftermath of an EMP. While some people would probably be better off, overall, we would have many of the same struggles to deal with as a nation. The one good thing is that rebuilding after such a war would probably be easier than rebuilding after an EMP, for the simple reason that we could start in parts of the country where things were still working and work out from there; essentially building infrastructure into the big cities, rather than trying to build out from them.

For those of us who are preppers, the good news is that the preparations we are doing to survive the aftermath of an EMP are probably going to help us in the wake of nuclear war, without an EMP, as well. We’ll need much of the same things and much of the same skills. More than anything, we’ll need to be as self-sufficient as possible in order to live in a world where we can’t just buy what we need.

One thing to consider, is how you might be able to help your neighborhood and town rebuild, even if the rest of the world around you is in shambles. What skills do you have, both as a prepper and otherwise, which can be used to put your community back together and get other people working to meet their own needs, as well as produce things needed by others? Being able to help your community in those ways might just be the best possible guarantee of your own survival, making you too valuable to your community for them to try and take you out. 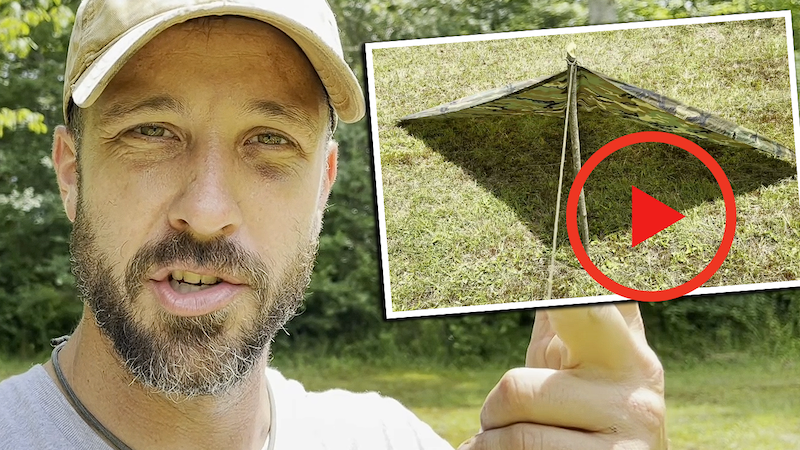 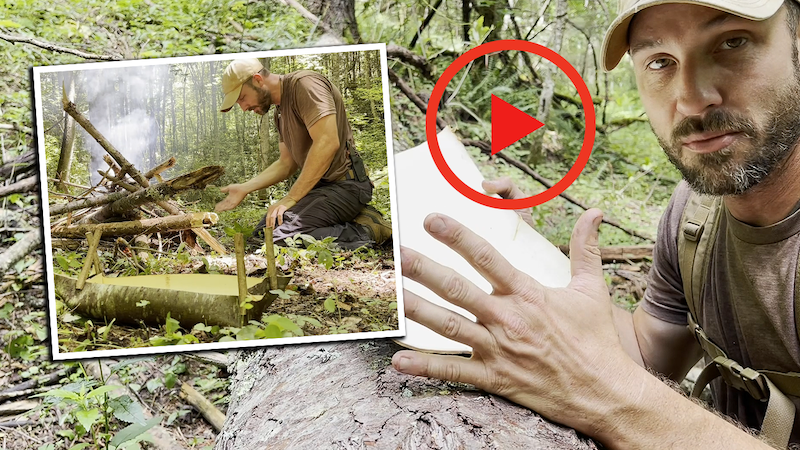 VIDEO: How to Make a Bowl From Tree Bark 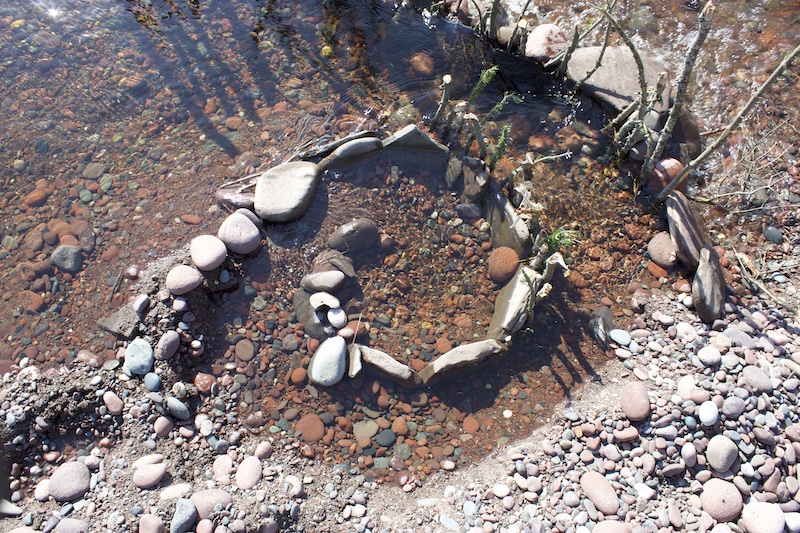 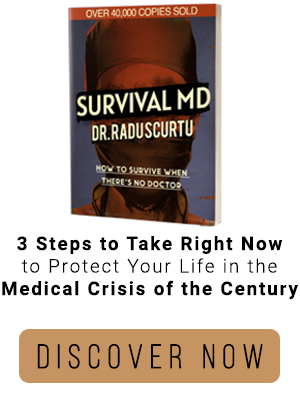