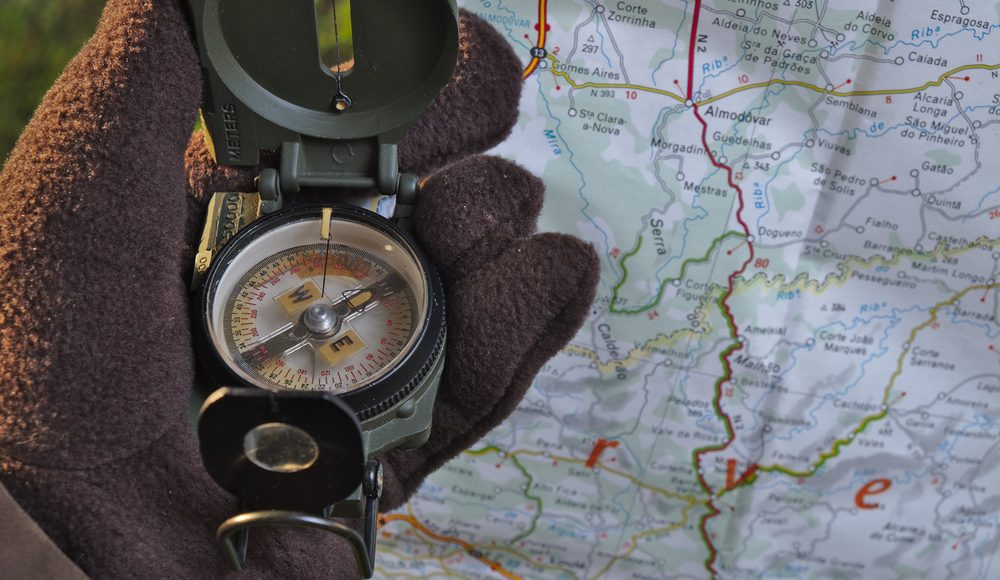 How Long Do Most People Take to Choose a Career?

When I started college, I took a career exploration class and learned that the average American spends more time planning a two-week vacation than choosing their career! While it’s perhaps not surprising given that people tend to take the path of least resistance, it’s certainly a reactive way to live life.

Every year, I meet hundreds of survival enthusiasts who share one thing in common: a passion for survival. They often tell me they dream of working in survival one day. Some even have their foot in the door and already own businesses in the field of survival/self-reliance, but they usually tell me they’ll never be able to leave the day job because they couldn’t make enough money in the field to meet their financial obligations and responsibilities.

I identify strongly with them because, until about 7 years ago, I was one of them. Like most Americans, I was working for the weekend and spending my money on my hobbies. I spent my free time on the shooting range, in the desert, socking away food storage and modifying my gear, but I worked outside the field of survival full-time.

Evolution of the Survival/Self-reliance Market

Through about the 1990s, there wasn’t much of a market for survival outside of military SERE instructors and a handful of private survival schools and they were nothing like they are today. In those days, the entire industry struggled to support a single publisher and a couple of magazines.

In the ’90s the market got even worse. The White House of that day led the feds on an all-out offensive against all things survival-related. Federal agencies paid informants to infiltrate survival groups and to entrap survivalists. The homes of survivalists were raided, their gear was put on public display in their front yards and they have paraded around in handcuffs. The media were told that gun collections were arsenals and that survivalists where racist domestic terrorists. While the government lost key cases against survivalists, most were eventually exonerated and some even paid damages, some were killed, and others were jailed. In the end, most of us who were survivalists back then were driven underground and the smear campaign turned the word “survivalist” into a pejorative.

Then, after the turn of the century, people began paying the price for engineering fragility into our world. The bill came due in the form of a decade of Black Swans, increasing interest in emergency preparedness. 9/11, the GWOT, hurricanes, earthquakes, tsunamis, Fukushima, the 2008 financial crisis, floods, blizzards, drought, and heatwaves all raised awareness of the need to prepare for the unexpected. Over

Hollywood’s instinct was to attempt to capitalize on what they perceived to be fear, and they created movies and TV like the Doomsday Preppers TV series. Instead of portraying emergency preparedness as the responsible and rational response to volatility that it is, the show’s format forced those appearing on it to irrationally claim to prepare for some singular threat to the exclusion of all others. While the show may have been entertaining and commercially successful in the eyes of producers, at least some of the participants appear to have been selected based on comedic entertainment value and at least one participant claimed a producer offered her money to say something she had refused to say.

Fortunately, Hollywood’s attempt to cast survivalists as comical, dangerous, and mentally-disturbed backfired. Hollywood miscalculated, resulting in the happy accident of drawing millions of new preppers to the survival/self-reliance movement; happy both because it forced producers to change strategies and because it was good for the movement. Suddenly, there was a new survival show every month or so and some of them treated the subject of survival in an unbiased manner. The pendulum of public perception eventually swung back in the other direction and primitive survival skills, at least, began to receive favorable media coverage again. For the first time in a long time, people didn’t mind being called survivalists.

The decade of disaster and no shortage of future challenges caused the survival market to grow rapidly. At the same time, the internet and social media connected people with others who shared their same passions, including survival. This created business opportunities in online content, survival fiction, and niche sales of specialized survival gear on a scale the survival market hasn’t seen before. The same market that struggles to support a single publisher and a couple of magazines for decades now boast TV shows, expositions, schools, hundreds of makers of purpose-built gear, dozens of magazines, and even more websites.

When you’re passionate about your work, you don’t wake up and wish you didn’t have to go to work. In fact, most people pay to pursue their passions. In some cases, they pay a lot. But as wonderful as it is to do at what you’re passionate about, passion isn’t enough. You also need to be talented enough at it to get paid to do it and for there to be enough of a market out there for you to make enough money to live.

I first learned about finding your sweet spot from an author named Joe Pulizzi in Content Inc., but I’ve since learned more about the concept from Dan Miller and even noticed a quote on the essence of the idea that was attributed to Buddha, so I want to make sure everybody gets the credit they’re due and I don’t leave anybody out … but according to Dan, if you have:

Pulizzi expressed Passion and Talent (which he described as what you are knowledgeable about or good at) as two circles and described the area where they overlap as the sweet spot. So, if we add a third circle for Money, the area where the three circles overlap would be the Sweet Spot.

If you can find a niche where your own passion and talent intersect with enough of a market to make enough money to live on, then you’ve found your sweet spot. It’s possible that Pulizzi may have left out the market or money part intentionally since it’s tough to find a niche that’s too specific in online content, whereas it’s easy to find one that’s too general. If you blog about survival, that would be so general that you’d be competing with every other survival-related site online in English. For example, if you write or blog, his advice is to choose a niche that is very specific where you can be “The” expert on that very specific topic.

I agree with Mr. Pulizzi. If you create a blog on some obscure aspect of primitive survival skills, such as atlatls (spear throwers), you could become the number one atlatl blogger in the whole world if you really stuck with it for a year or two. You could be the “atlatl guy” and probably find a great atlatl-related domain. Whereas, if your goal is to create the number one rated survival site simply because you think you are that much better at every aspect of survival than every other survival instructor on the planet, you are bound to fail.

While I agree that online content businesses must be specific, there must be enough market out there for your business to make a living. Until you can make enough money at it to support your family, you’ve got a hobby, not a business.

Until your business is profitable, I suggest you fund it yourself, which is called bootstrapping. If you must work two jobs to make it happen, do it. If both you and your spouse need to work for a year, do that. If you are short on capital, cut out unnecessary expenses. Most households pay for conveniences they really don’t need and only serve to increase the amount of work they must do to support themselves or decrease their savings.

Any of these options is better than taking out a loan or bringing on a partner. If you take out a loan, you won’t own your business, your creditors will, and silent partners only stay silent as long as you’re making them money. Skip a beat and they’ll get very vocal. Before you enter into a partnership, understand that only one in twenty partnerships works and it’s a great way to ruin a perfectly good relationship. I wouldn’t enter into a partnership with family or friends. I started another business as a partnership and it was one of the one in twenty that worked, but I still ended up buying out my partner.

The Benefits of an Online Business

The Benefits of Self-Employment

Self-employment certainly isn’t for everyone, but there are plenty of benefits, especially for survivalists. 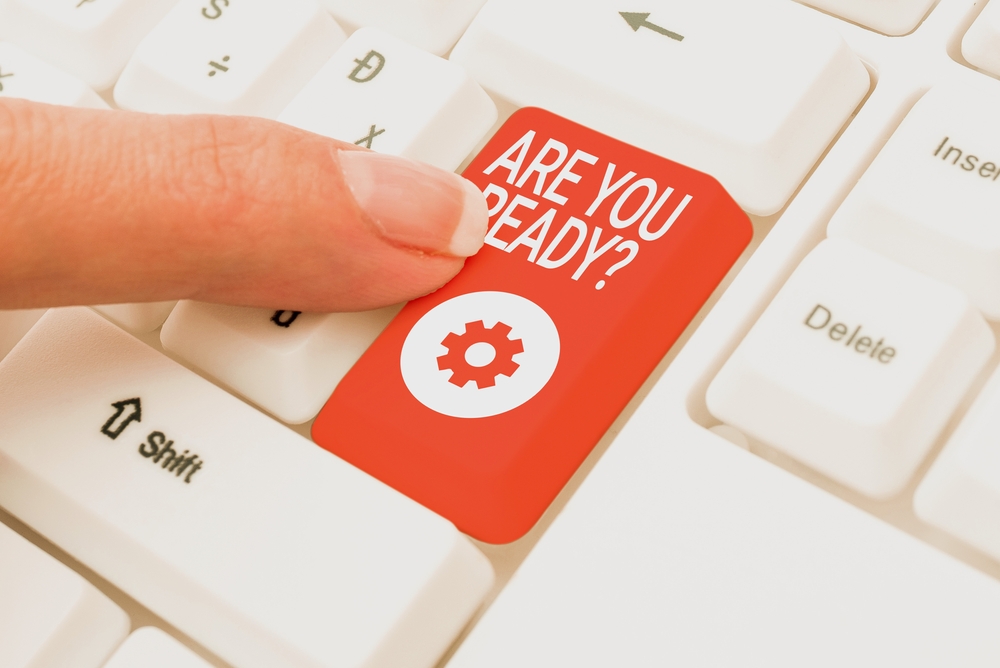