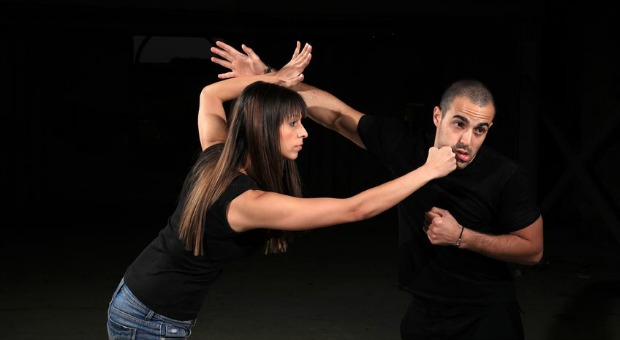 6 Self-Defense Tactics For Weak And Small

If you qualify as a small person, you may look as the perfect victim but when it comes to defending yourself, you have a couple of advantages that may make up for your stature.

First, the smaller you are, the more an attacker is going to underestimate you. They’re going to be more likely to assume that you’re an easy mark just because you’re smaller or perhaps physically challenged.

Second, they’re going to expect you to be afraid. If you don’t show fear, it’s possible that you can throw them off-kilter long enough to buy yourself a few extra, precious seconds. There are a few things that you can do to make this time count.

In this article, I am going to talk about some of those measures as well as share some other tips to help you defend yourself and your castle.

Martial arts are great both for self-defense and exercise. The health benefits of martial arts are out of this world. They help prevent muscle atrophy and bone loss and keep your connective tissues healthy. They also have the added benefit of giving you some extra skills that you can use to defend yourself if SHTF.

No matter what your fitness level is or what your physical abilities are, there are martial arts classes designed to meet your needs. The secret is to find a good trainer.

A huge advantage of martial arts or self-defense classes is that you’ll meet other individuals interested in learning to defend themselves. It’s likely that some of them will be doing it for the same reason that you are – prepping for SHTF.

Put out some feelers and you may just find some valuable allies that will be willing to join forces with you. That can be invaluable.

2. Learn to Use Your Brain as a Weapon

If your home is invaded in a survival situation, it may be more pertinent to use your head rather than your fists to defend yourself until you can gain the upper hand. For instance, trick the person into believing that you’re weaker than you really are.

Find non-traditional weapons that are handy such as your cane, a lamp, or even an ashtray. Make your first attempt count because you may not get another shot.

Offer to get your “money” from your purse and reach for you weapon instead. Don’t bother pulling it out; a gun will fire just fine though the bottom of your bag.

3. Bring as Little Attention to Your Place as Possible 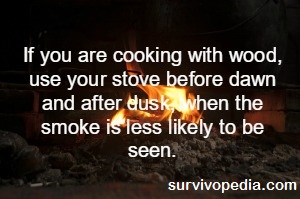 If your place is already boarded up and unattractive-looking, don’t bring any more attention to the fact that you’re there than necessary.

Make trips outside during times that nobody is likely to see you. If you can, build a path that’s blocked from public view in advance.

Using shrubbery or fencing will allow you a greater amount of privacy to come and go on your property undetected.

4. Take a Weapons Course or Join a Shooting Club

Knowing how to use you weapon is one thing but being comfortable with it is another. Taking a weapons course is a great way to safely learn how your gun works and how best to use it. You’ll also learn its shortcomings, which is just as important as knowing its strengths.

Joining a local shooting club has a few advantages. First, the more you load and fire your gun, the more comfortable you’ll be with it when it comes time to defend yourself. Gun clubs are also great places to meet like-minded people.

If you’re interested in being part of a community prepping network, chances are good that you’ll meet fellow preppers at a gun club. Just cautiously feel around. If nothing else, you might make some friends.

5. Plan Your Defense in Advance

The worst time to figure out how you’re going to respond in any given situation is when you’re actually in that situation.

Have an action plan based upon numerous scenarios and practice what to do in each situation. By doing this, you’ll identify possible holes in your plan and you’ll also be prepared to act instead of react when faced with the real-life problem.

Stockpiling ammo and guns is an important part of your survival plan. In order to determine your ammunition needs (or lack thereof), consider the following:

Let’s take a look at these questions one a time.

First, are you healthy enough to operate a weapon? If you don’t have the physical or mental stamina to actually shoot another living being, then perhaps stockpiling weapons isn’t for you.

If you pull a gun on another person, especially in a desperate situation, you have to be prepared to use it and physically capable of doing so. Otherwise, you run the risk of your attacker disarming you and using your own weapon on you.

Next, if you don’t have enough space to store the amount of ammo that you think you’ll need, perhaps you should consider reloads instead.

If you’re only planning for a local disaster, remember that the rest of the world is going to continue to produce ammo so stockpiling it probably isn’t necessary and may even be a strain on your space and your finances.

Even if you’re planning on a global event, you may not need to stockpile more than a few boxes if the disaster is going to be a temporary situation that will be followed by a rapid recovery.

If, after you’ve considered all of these options, you still believe that you need to stockpile ammo, here are a few tips to help you do it.

Sometimes the best self-defense is to back down and escape. It’s OK to run if you need to; if you’re faced with certain death or the need to leave your home, by all means, leave! If evacuation is part of your plan, you may want to hide a stockpile away from your home in a place such as a storage unit.

Try to protect yourself and your loved ones, as Brian M. Morris says in his “Spec Ops Shooting” guide to combat shooting mastery and active shooting defense.

Also, pack a bug-out bag with all of the necessary supplies that you’ll need to get you to your bug-out location.

In addition to your standard guns, there are common items that have now been weaponized. There are stun canes and that look like a regular cane but actually have stun-gun capabilities when engaged. There are cell phones like that, too.

Just about anything can be used as a weapon. Canned food, keys, a pen, lamps, rocks; really whatever you can get your hands on will be better than nothing but again, make your first move count by aiming for the throat, nose, head, groin or eyes if possible.

Carry your standard weapon, too. Pepper spray or your gun won’t do you any good if they’re in the upstairs drawer. It’s time to survive so be ready at all times.

There are many ways to learn how to defend yourself if you are weak and small, but the most important thing to remember is that you need to stick to the plan of attack (or escape) once you’ve committed to it.

For example, this decorated former Green Beret shares a lot of lifesaving advice from his 25 years of service in this book.

Click the banner below to grab your guide to gun mastery!