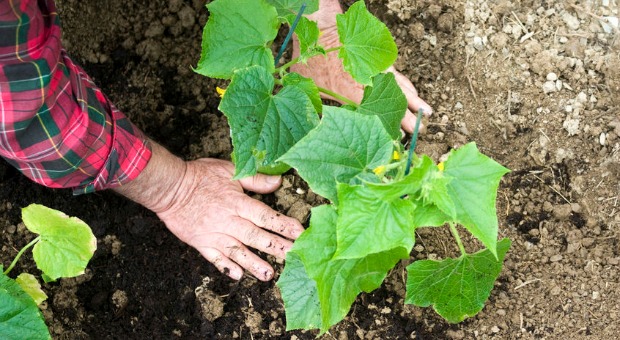 Rotating Crops For Your Next Year Garden

Now that you have completed the fall harvest from your garden, it is time to prepare the soil so that you can enjoy good crops next year.

Unfortunately, many gardeners forget that the growing season is actually very hard on nutrient levels in the soil. Aside from that, certain crops attract specific bugs that will make it even harder to grow viable crops in the next seasons. These are just a few reasons why fall soil preparation and crop rotation are extremely important.

In many cases, a few simple changes can make an enormous difference and enable you to enjoy fresh produce with far less effort than expected.

Some Things You Need to Know about Companion Planting

If you routinely plant corn and beans together, then you already know that beans will always fix nitrogen into the soil while corn uses it faster than many other crops.

In a similar way, when doing crop rotations, it is very important to use beans and other nitrogen fixing legumes in areas where crops removed this and other vital nutrients.

No matter how you plan these rotations, it is also very important to return as much plant material as possible to the soil. For example, instead of removing dead plants from the garden, simply dig them under in the fall and then let the snow and winter rain add extra fertilizer on the spot.

How to Manage Non-Compatible Plants During 2 Season Crop Rotation

As you may be aware potatoes, tomatoes, other plants in the nightshade family, broccoli, cauliflower, and others tend to attract certain harmful insects.

If you use the same area each year for these crops, rest assured that the insects from the previous year will ruin your crops, and even prevent seeds from germinating. During crop rotation, it is very important to choose plants for these areas that will deter further infestation.

For example, you can use marigolds, onions, and other deterrents. While these plants are also useful during the growing season, it never hurts to have one full season with just these plants before replanting susceptible crops.

A Special Guide for Deck and Outdoor Container Planting

Many people that set up four foot gardens or deck gardens tend to forget that the soil needs more care than in a larger garden patch. Among other things, nutrients will be used up faster, and fewer resources may be available in a container.

At the same time, it is very tempting to think that you can simply throw used soil out of the container and start over again. Aside from being wasteful, you will not get the best possible crops.

In order to avoid insect infestations, you will need to allow as much space as possible between different growing areas. Unfortunately, when growing crops in a limited space, the insects will simply move from one area to another with very little trouble. Therefore, even if this is your first year of container gardening, be sure to include deterrent plants in each bed.

If you are going to have a relatively small number of plants growing in an area, it may make some sense to use a four season sequence when planting vegetables.  Essentially you can use the following pattern:

When using crop rotation, it will also be of immense benefit to use small areas of the garden instead of the entire space. This will give you a larger variety and also give you a chance to experiment with different plants, compost, and other methods without ruining the entire garden. 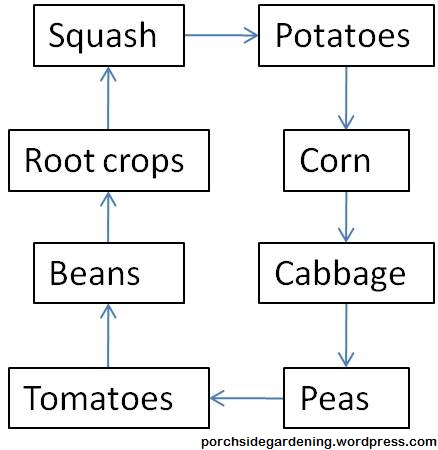 To use this cycle:

When you first start gardening, you may not realize that one season has direct impact on crops for years to come. After a crisis occurs, you won’t be able to simply to out and buy fertilizer or use other conventional means to control insects and protect your crops.

Rotation planting is one of the best methods to ensure soil remains viable and also ensure that you will get nutritious crops on a steady basis.