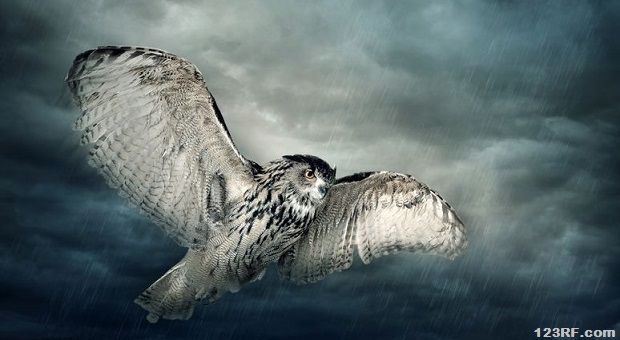 When Nature Predicts, Learn To Read the Signs

One of the basics of survival is knowing and being prepared for upcoming weather events.

Depending on what area of the country or world you live in, weather can create an event that is life-changing. Tornadoes, hurricanes and blizzards can knock out power, destroy homes and cause casualties.

In a post-SHTF world, you’re not going to have a local weatherman to tell you what’s up. Knowing how to read nature’s signs to predict weather can quite literally save your life.

There’s an old joke about this that we found funny, but it does prove our point:

An Indian chief was preparing for a fall council meeting and called the National Weather Service to find out about the weather. He was told that the winter was going to be cold, so he included this in his report to the counsel. The tribe began gathering fire wood.

The chief called back a couple of weeks later to make sure that his people were prepared and was told that it looked like it was going to be a harder winter than usual. He passed the word to his people to gather more wood.

A couple of weeks later, he was finalizing his winter plans and called the NWS again, and was told that it was going to be terrible. When he asked why they thought that, the man told him, “We’re not exactly sure, but the local Indians are gathering wood like crazy!”

The moral of the story? Don’t depend solely on somebody else to make your preparations! We have a few signs that can help you determine what the weather will be, and here they are.

This is actually a good indicator of what’s coming. If the sunset is beautifully pink, the sun is shining on dust particles being pushed by a high-pressure system, which brings warm, dry air. If the sunrise is red, a low-pressure system is often pushing moisture toward you. Not always accurate but something to pay attention to.

Rainbows follow the same pattern: if you see one in the eastern sky in the morning, there’s a good chance that you’re going to get rain. The rainbow is caused by the sun reflecting off of moisture and most storms in the northern hemisphere move east to west. 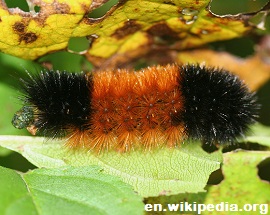 Old wives tales say that the black and brown tiger moth caterpillar, known affectionately as the woolly worm, is a good predictor of how bad winter will be, depending on how narrow his brown middle stripe is: the narrower it is, the harsher the winter will be.

Research conducted by Dr. C.H. Curran in the 50’s showed that Mr. Woolly was right about 80% of the time. Modern research hasn’t backed it up and writes it off to coincidence, but it wouldn’t be the first time the old wives were right.

Are the squirrels having knock-down drag-outs in your yard over the dwindling supply of nuts? Are the birds attacking your feeders like they haven’t eaten in weeks? If so, there’s a good chance that a substantial storm is on the way. This is another great way to read nature’s signs to predict weather.

Similarly, if you notice that birds are migrating early, you should follow their lead and be ready to bunk in early for winter too. Winter is coming early.

In the shorter term, if birds are flying high, you’re probably going to have a good couple of days. When the pressure drops, indicating an upcoming storm, it hurts birds’ ears and they fly lower to alleviate that. Animals sense changes in barometric pressure well in advance of weather events so pay attention.

Look to the Moon

If the moon has a circle around it, this is almost a sure sign that there’s inclement weather heading your way in the next 3 days or so. If it’s clear and bright, you may also be getting some moisture because a low-pressure system has moved in and cleared the dust from the air.

If the moon is orangish or pale, there’s dust in the air so you’re probably going to see some good weather the next day.

Like we’ve already said, storms blow in from the east, so if you have easterly winds (the wind is blowing east to west), you may be getting bad weather. If you have westerly winds, all is probably well.

Also, high winds are a sign of changing pressure which is generally accompanied by changing weather.

If your pets are growing longer, thicker winter coats than usual or are getting extra chunky in the fall, there’s a pretty decent chance that the winter is going to be rough. On the flip side, when you can pet your animal and pull tufts of fur out without any effort, warm weather is on the way.

This is one of nature’s best signs to predict weather and knowing what to look for can help you decide what you need to do to prepare for winter. Corn husks, onion skins and acorn shells will all be thicker if winter is going to be harsh.

Also, evergreen trees will make more and bigger pine cones in an attempt to give their offspring better chances of making it through a rough winter.

Watch Your Cat Take a Bath

Cats typically lick their paws and swipe their eyes but they usually leave their ears alone. They’re finicky like that. However, cats’ ears are particularly sensitive to changes in pressure so if he’s swiping his ears, there’s a good chance that bad weather is imminent in the next couple of days.

Animals such as cows, deer and horses are pretty good at telling you bad weather is coming if you just pay attention. Cows in particular are good at predicting drought; you’ll notice a drop in fertility rate if the next year is going to be tough. In the short term, watch for herd animals to group together, typically facing the same direction. If you see that, a storm is likely near.

Also, horses and cows have ears that are sensitive, similar to a cat. If you notice them trying to scratch an ear with a hoof more often than usual, the pressure may be changing and bring a change in weather with it.

If you have an absolutely spectacular fishing day, where your line gets hit every time it hits the water, you may want to plan your fish bake for inside instead of out. Fish are great at sensing changes in pressure and will feed heavily before a storm so that they can go deep to weather it out.

Watch Your Campfire for Rain

If the smoke from your fire rises without any significant swirls, you’re probably in for good weather the next day. If the smoke blows back down or escapes in swirls, there’s low pressure in effect, which means bad weather is imminent.

Get to know your local environment; when you do, you’ll start noticing patterns in the local animals and plants that are linked to the weather. Being able to read nature’s signs to predict weather can be an invaluable skill that may very well save your life, or at least your camping trip!

If you know of other nature signs that are good weather predictors, please tell us about it in the comments section below!