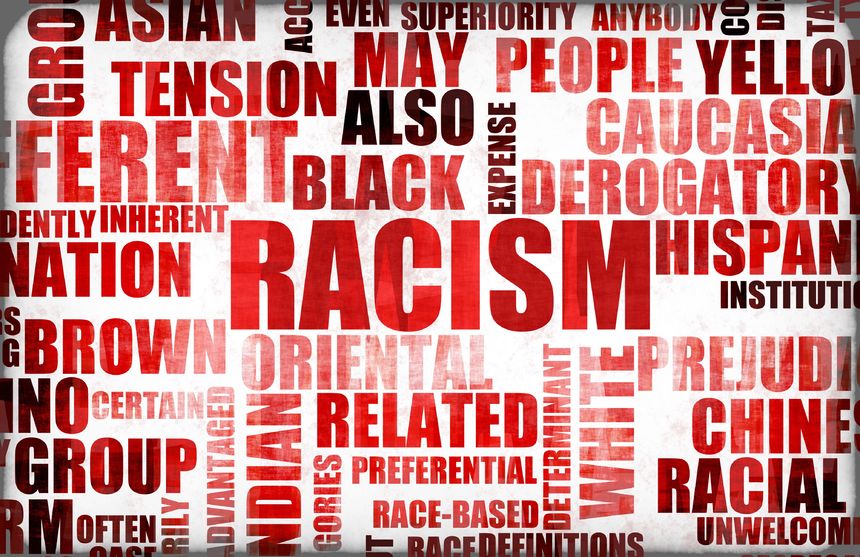 Racism? Where Is This Coming From?

I don’t know about you, but after so many years of hearing cries of “racism” every time I’ve turned around, I’m burnt out. It no longer means anything to me. Perhaps that’s because the people who are using that word are constantly morphing the meaning of it, until it no longer means what it once did.

I have to say, I was raised to condemn racism in all forms. While I grew up mostly around whites, there were always a sprinkling of other ethnic groups in my life. I always treated them like anyone else and many became friends at one time or another.

Even now, over 50 years old, I still spend a lot of time with people of other ethnic backgrounds. My wife and I enjoy encountering them and learning about their cultures. Actually, I live in an area where I’m considered the minority, with over 80 percent of our local population being Hispanic.

This has never bothered me. I don’t look over my shoulder any more here than I would in an all white area. I don’t think that there is anything wrong with the Mexicans or Hispanics I deal with on a regular basis. I have friends who trace their ancestry back to Mexico and some who came from there themselves. While there aren’t many blacks or Afro-Americans in my area, one of my best friends is one.

At the same time, I recognize that there are cultural differences to contend with. Mexicans eat different foods than the average American family does. While we all love Mexican food once in a while, Americans don’t eat rice, beans and tortillas with every meal.

Actually, the cultural differences we have are hidden strengths. If our society ever grows up to the point where we can accept differences, without either discriminating against people who are different, trying to force them to change, or hearing liberals scream “racist” every time we notice a difference, we might be able to take advantages of those differences. I’ve done this in my own life, learning about hospitality from Mexicans, who are much better at it than we white folk are.

In my opinion, I’m inter-racial enough. One of my daughters is married to a man of Mexican descent and another is all but engaged to another man of Mexican descent. Both are great young men and I’m glad to have them as part of the family (even though one isn’t officially part yet). We spent Thanksgiving with that one’s parents, and had a wonderful time with them.

Yet, to the real racists, the fact that I’m a white American male makes me automatically a racist.

It doesn’t matter what I say and do, I’m still a racist… at least in their eyes.

But is that actually true? In my opinion, for what it’s worth, no. There is some lingering racism in this country, as well as some discrimination. We still have our Archie Bunkers, although they have become much rarer than they used to be. To say any group of people is automatically racist, just for existing, is as racist as saying that some other group is a lower category of being, just because of their skin color. It is separating people by race and declaring that one is better than the other, simply because of their race. Bull-pucky!

I was a small child when Martin Luther King, Jr. gave his immortal “I Have a Dream” speech. That was a great moment in American history and one that needed to happen. Unlike the current crop of race-baiters who pretend to lead the black community, King was a man of God, who believed in true equality. He has done more for racial equality and human rights than probably any other single person who has lived in the last century. There were others; but in my opinion, he stands head and shoulders above them.

As I look around from the outside, I see that minorities, especially blacks, have made great strides in the last 50 years. We have Afro-Americans in every field and profession, all the way up to the presidency. Yet to those who are determined to maintain anger against real or imagined white supremacy, it’s as if not one step forward has been made.

Is there more to be done? Absolutely! Blacks and Hispanics still make up a disappropriate part of our prison population, if you look only at demographic data. However, that’s not racism or even discrimination, nor is it because whites get some sort of free ride in the court system; that’s because there’s a higher percentage of young men of those two cultures who practice crime as a profession and hobby, than there are whites.

The question must be asked, “Why are there more Blacks and Hispanics in the prisons, than there are whites? Why are there more young men from these ethnic backgrounds who turn to crime, than there are amongst whites?” The answer can be found in a combination of poverty and culture. Poverty, because many of those who end up in prison come from financially disadvantaged areas and culture, because those who live in those areas ridicule anyone who tries to do well in school and give themselves a chance to get ahead.

Of course, when you start with the presumption that whites are racist, then it’s easy to blame them for everything. That’s a whole lot easier than facing the reality of your friends, neighbors and ethnic group. Facing the fact that you and those around you are responsible for your problems means that you might have to change something in your life. It’s much easier to accept the role of victim and say that it’s someone else’s fault.

The whole thing of white privilege is another way of blaming others for your faults. Do the vast majority of blacks and Hispanics have a harder time making it ahead in life? Absolutely! But that’s not due to white privilege, unless you can say that not growing up in a neighborhood that ridicules those who try and get ahead is a privilege. If that’s the case, I plead guilty, even though I was poor as a child, as well as living through periods of poverty as an adult. At least my fellow students didn’t humiliate me for studying.

But, once again, crying “white privilege” is another way of pawning one’s own responsibility off on others. If one can convince themselves that whites get those privileges, they can go right back to that victimization game, denying that they have any responsibility for their own lives.

Where I live, the population is 87% Hispanic, basically first through third generation Mexicans. Many of them are poor, as the county I live in is one of the poorest in Texas. Between the combination of poverty and race, any young man or young woman of Mexican descent who graduates high school can get a full, free-ride scholarship at the local university, pretty much regardless of their grades. Yet, a full 75% of them drop out of college their first semester. That’s tragic in my eyes.

My kids didn’t have that advantage. Because they are white, they had to work their way through college, depending on their hard work and student loans to get them through. Yes, they did get some government aid, because we were poor. But because of the color of their skin, their “advantage” was that they couldn’t get as much aid as others. Tell me, who’s being discriminated against here?

But I’m not bitter about what happened to my children, nor are they. We realize that getting ahead in life requires hard work and sacrifice. I’ve done that and so have they. So today, even though we live in an area where we are the minority, they are all successful. Is that really white privilege?

Racism is ugly. It doesn’t matter if it’s whites against blacks, blacks against whites, or blacks against other blacks; it’s ugly. As far as I’m concerned, it shouldn’t have any place in society. But screaming “Racism!” all the time isn’t the answer. That isn’t going to get rid of anything. All it’s going to do and all it has done is to widen the divide that exists between people of different ethnic backgrounds.

There is only one race, that’s the human race. I don’t care if you are black, white, green, purple or blue, you are part of that race. You may come from a different ethnic background than I do, but on the inside, you’re still red. We all have the same blood flowing through our bodies.

We all have the same organs in the same places. We are all humans alike, part of this great global family. When we all finally realize that, maybe we can stop pointing fingers and screaming and start helping each other out.